His heist thriller follows a crew of black veterans in search of treasure left behind years earlier. 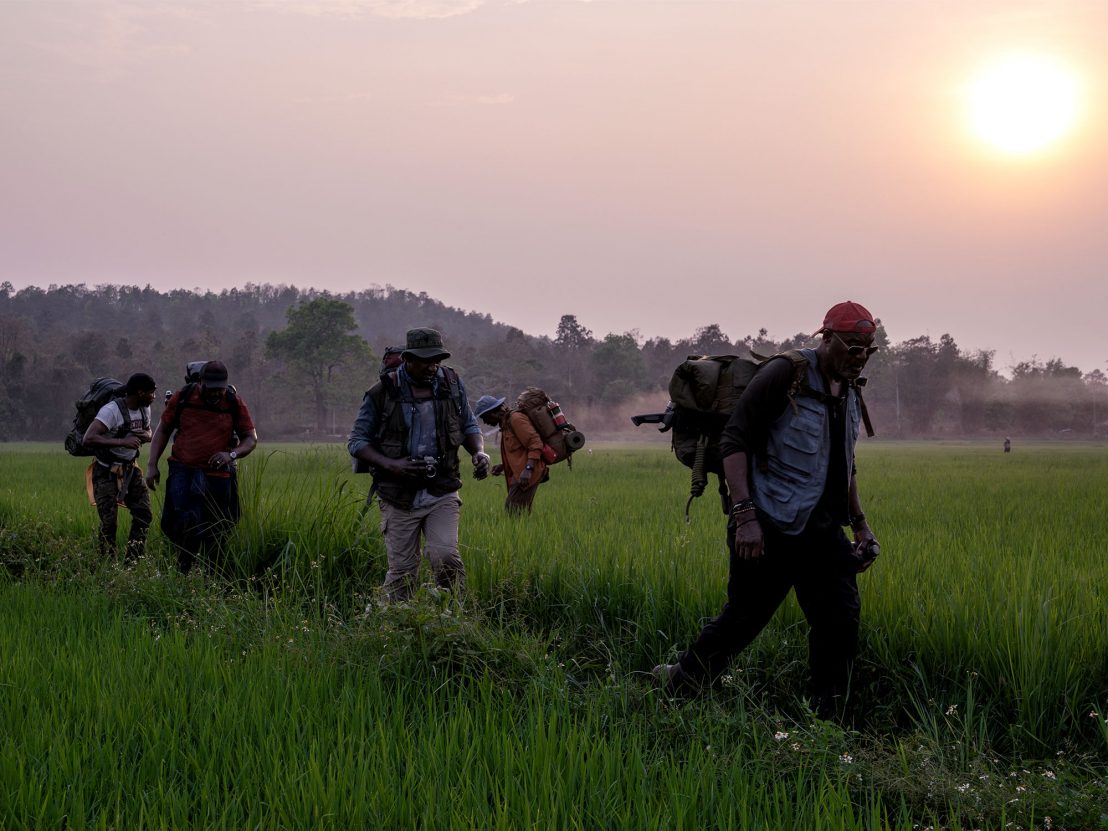 The canon of American films about the Vietnam War is wide as it is varied, with both sprawling state-of-the-madness landmarks (Apocalypse Now, Platoon) and niche projects focusing on a smaller corner of the conflict (Operation Dumbo Drop, for one).

It would appear that Spike Lee‘s next film would fall into that latter category, in its concentration on one squadron’s postwar campaign, but with a virtuoso like Spike, it’s entirely possible that he’ll just make his way into the ranks of the greatest hits anyway.

The newly released trailer for Da 5 Bloods jumps from the thick of the quagmire to its aftermath years later, as a crew of black soldiers return to Saigon on a two-pronged mission. First, they want to find the remains of their KIA commanding officer (Chadwick Boseman), and second, they’d like to retrieve a massive cache of gold bricks that will make them all rich beyond their wildest dreams.

Of course, this being a Spike Lee joint, there’s much more going on than a simple treasure hunt; the trailer opens with a Vietnamese radio broadcast imploring African-American soldiers to rethink their allegiance to a country that couldn’t care less about them, introducing a theme of ingrained nationwide racism that will complicate their relationship to the war they’ve signed on to fight.

The currents of history course through the trailer as well, with cameo appearances from Ho Chi Minh and Richard Nixon suggesting an eagle-eyed view of the ’70s and ’80s.

The main quartet of grown men returning to their old shooting grounds (Isaiah Whitlock Jr, Delroy Lindo, Norm Lewis, and Clarke Peters, four of the finest character actors of their generation) must contend with not only their own aging, but the aging of America. Time, as the soundtrack keeps howling in the trailer climactic moments, has gotten away from them.

For Brooklyn’s favorite son, this appears to be the grandest artistic challenge we’ve seen in some time, blending archival-style filmstrip footage with sharper, crisper lensing in the script’s later years. And the song blaring over the soundtrack, The Chambers Brothers kicking ‘Time Has Come Today’, announces the epochal ambitions of its 20th century story. Not to get anointing prematurely, but it sure has the aura of an instant classic.