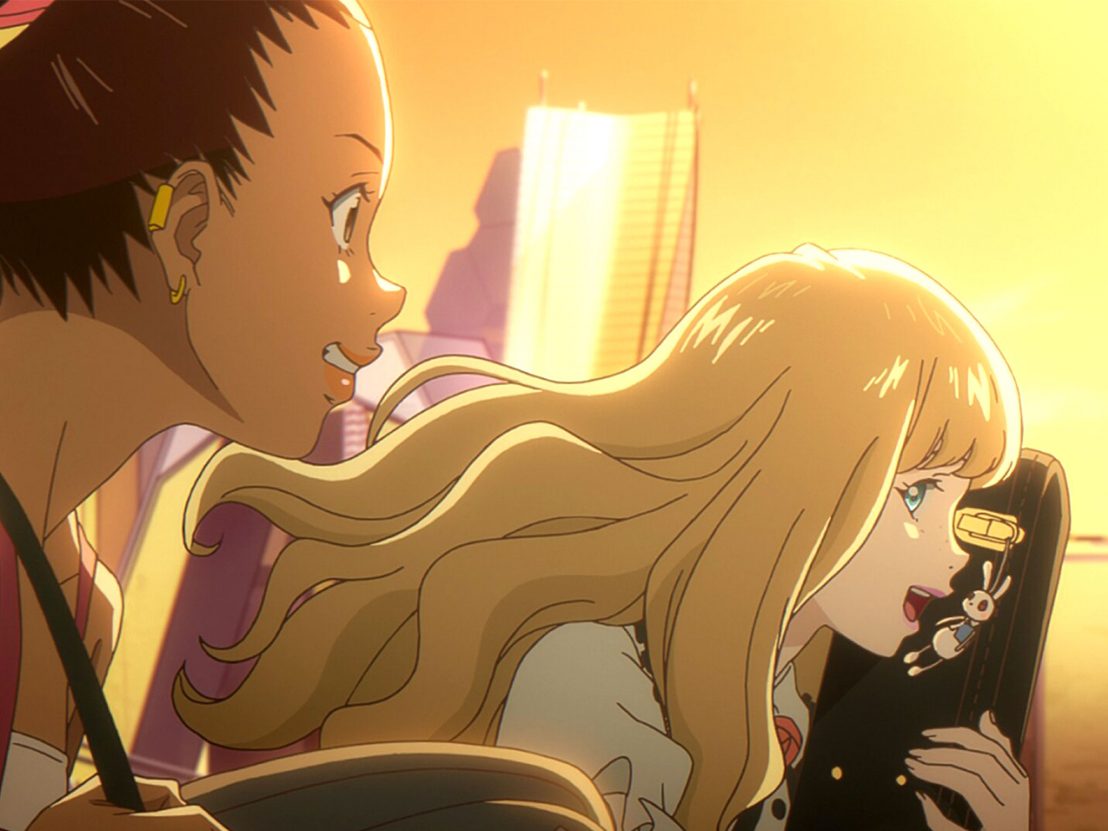 Beloved purveyor of eclectic and accessible anime Shinichirō Watanabe has finally returned with a new show, and it’s unlike anything he has created before – though not for the reasons that one might expect. A creator of eclectic crossover hits like the stylish Cowboy Bebop and Samurai Champloo, which mixed jazz music and hip-hop with space-faring bounty hunting and an Edo period samurai road trip, Watanabe has shifted into a more earnest mode for Carole and Tuesday, channelling his easygoing cool into a show full of heart.

Taking place entirely on a colonised Mars where life has become almost entirely automated and music is written by AI, the show begins with Tuesday, the daughter of a wealthy politician, running away from home to pursue her dream of creating music in Alba City, a sci-fi analogue for New York City (she ends up living in ‘New Brooklyn’).

She soon encounters Carole, the yin to her yang, a refugee from Earth. The two connect over a passion for music and a shared feeling of loneliness, and Watanabe gradually takes us on their journey from anonymity to singer/songwriting stardom. This all unfolds through various slice-of-life instalments, filling out the world and the pasts of its colourful stable of characters.

Lusciously animated by the studio Bones, who worked with Watanabe on his 2014 show Space Dandy, Carole and Tuesday just emanates joy, from the beginning of its catchy, uplifting (and stunningly gorgeous) opening titles to the last note of every episode. It wears both its heart and its influences on its sleeve – notably, each episode is named after a famous western pop song.

The score is more delicate and spaced out than his past works, making room for the various (lovely) mid-2000 throwback pop songs conjured up by Carole and Tuesday, their rivals and their inspirations. In an interesting twist, the songs are all performed in English – making this the first anime to do so – presumably to allow for the Western star-studded lineup in the soundtrack, a veritable jukebox of pop songs with contributions from artists such as Flying Lotus and Thundercat.

While this is new for Watanabe, there’s still familiar touches. For starters, his knack for mixing world building both absurd and fascinating is still intact, colouring in the corners with pet owls that double as alarm clocks and silly jokes about “Bruno’s Mars performance”, in a world where binary gender is literally disappearing due to space radiation. Further still, Carole and Tuesday join the ranks of his many perpetually broke protagonists, likeable underdogs attempting to make a living in a system rigged against them (many early episodes have them running from the authorities).

But what sets it apart is how much attention the show pays to the ambitions of its characters. Spike Spiegel was content to just exist, but Carole and Tuesday want to live. It’s this sincere respect and portraying their pursuit of their dreams and their blossoming relationship that makes Carole and Tuesday a perfect antidote to a year where it’s all too easy to slip into cynicism and despair.