Discover the grainy depravity of this notorious cannibal horror

Umberto Lenzi’s Cannibal Ferox fully deserves its reputation as one of the genre’s toughest watches. 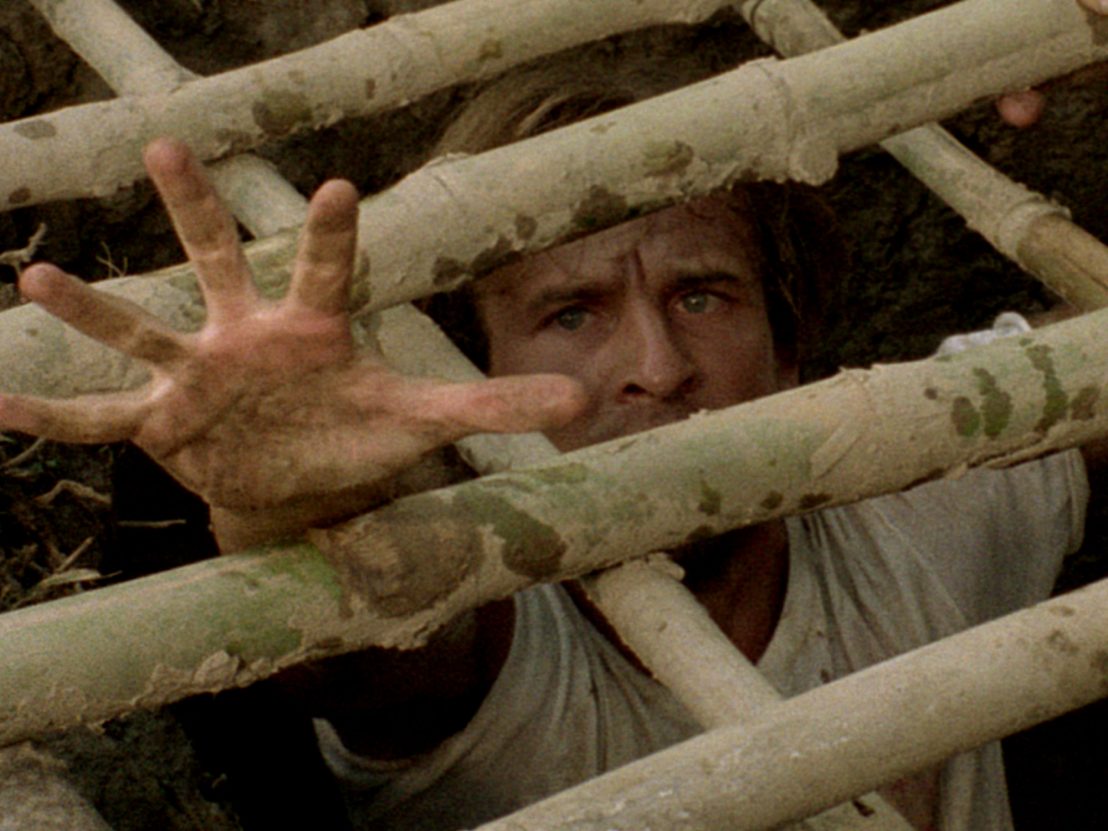 The 1970s and ’80s saw a boom in cannibal films. These were mostly cheap Italian productions, although they sometimes boasted international casts, and were often shot in Asia or South America. Born out of the ‘shockumentary’ sensibilities and sensationalism of the exploitation mondo genre, these films typically pitted supposedly civilised characters against anthropophagous natives, seasoning the pot with scenes of rape, torture and animal cruelty.

The most notorious – and also the most sophisticated and influential – is Ruggero Deodato’s 1980 Cannibal Holocaust. Yet the film that began the whole cycle was Umberto Lenzi’s Man from Deep River (aka Sacrifice!) from 1972, a rip-ff of Elliot Silverstein’s A Man Called Horse with added, largely incidental cannibalism. Lenzi returned, again glancingly, to the theme with Eaten Alive!, a film more preoccupied with a Jonestown-like cult than with cannibalism (despite one prominent scene which gave the film its title). Yet it was with 1981’s Cannibal Ferox that Lenzi, for the first and last time, tackled the topic head on, both as a myth and as a highly circumscribed reality. The results make for deeply dispiriting viewing.

Like Cannibal Holocaust, Lenzi’s film opens in New York City, an urban jungle that we are implicitly being asked to compare and contrast with the greener variety where most of the remaining film will be set. Just released from hospital where he has been undergoing drugs rehabilitation, Tim Barrett (Dominic Raacke) struts along the city’s streets looking to buy his next fix from Mike. In an apartment, Tim is intercepted by two mobsters also looking for Mike, and shot down in cold blood. The act introduces us to a criminal dog-eat-dog tribe happy to rob, cheat and murder each other, without compunction or humanity.

“My thesis claims that cannibalism as an organised practice of human society does not exist, and historically has never existed,” says anthropologist Gloria Davis (Lorraine De Selle), as the film’s action shifts to Colombia. “Let’s say it was an invention of racist colonialism which had a vested interest in creating the myth of the ferocious subhuman savage fit only for extermination. The mythical lie of cannibal ferox was only an alibi to justify the greed and cruelty of the conquistadores.” Gloria is putting the finishing touches on her dissertation, but is first travelling with her photographer brother Rudy (Danilo Mettei) and their friend Pat Johnson (Zora Kerova) to the remote village of Maniorca, in the hope of putting to rest once and for all reports of actual cannibalistic activities there.

Lost in the jungle, the trio runs into the very same Mike (played by sleaze maestro John Morghen, aka Giovanni Lombardo Radice) who was missing from New York – and who has been down south, along with his injured friend Joe (Walter Lucchini). Mike spins a good yarn about the savagery of the locals, but the truth is he has been behaving like a modern-day conquistador, perpetrating atrocities upon the peaceful population in his crazed pursuit of cocaine and emeralds. If the natives are now conducting themselves with extreme ferocity, that is only because they are responding in kind with behaviours learnt from their sadistic, murderous oppressor.

Cannibal Ferox is a story in which different stories compete: the magazine article on cannibalism in Maniorca versus Gloria’s insistence that cannibalism itself is nothing but a colonialist bedtime story; Mike’s account of what happened in the village versus Joe’s corrective version of the same events; and the story about the fate of the gringoes told by the Amazonian tribe to the authorities – a false narrative which a traumatised Gloria ultimately maintains to end the myth of cannibalism. Various characters refer to the Amazonian jungle as a “poisoned paradise”, filled with hostile wildlife and primitive practices, but by the end it has become clear that the real toxicity has been introduced by the “so-called civilised people” and their supposedly “superior society”.

Shot in the Colombian jungle on grainy 16mm, the film has been subjected to the same sort of mutilating cuts as some of the characters, in particular in the sequences exposing the slaughter of animals. Either way, Cannibal Ferox remains a hard watch, playing a duplicitous game with our own sense of moral orientation as it both feeds and condemns our desire for the taboo sensations promised by its title. After all, even as Gloria sets out to debunk the very notion of cannibalism, it is precisely what we viewers, as rubber-necking, rapacious tourists entering these virgin interiors, have come – and hope – to see.

Accordingly, Lenzi adopts Gloria’s anthropological perspective, observing the ‘law of the jungle’ in escalating scenes of animal-on-animal, human-on-animal and human-on-human predation, and defies us to be entertained by all the horror. It is not a pretty spectacle, but then, we, as a species, are as much the subject of this film as any of its characters – and if Lenzi’s stories offer a rather ugly picture of human depravity, in the end he shows that the lies of fiction can sometimes be more convenient than uncomfortable truths.

Cannibal Ferox is released on the 30 July on Blu-ray by Shameless Films. 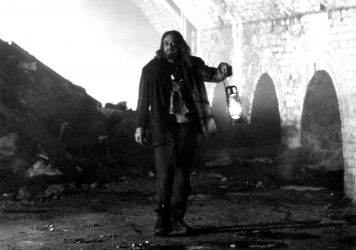