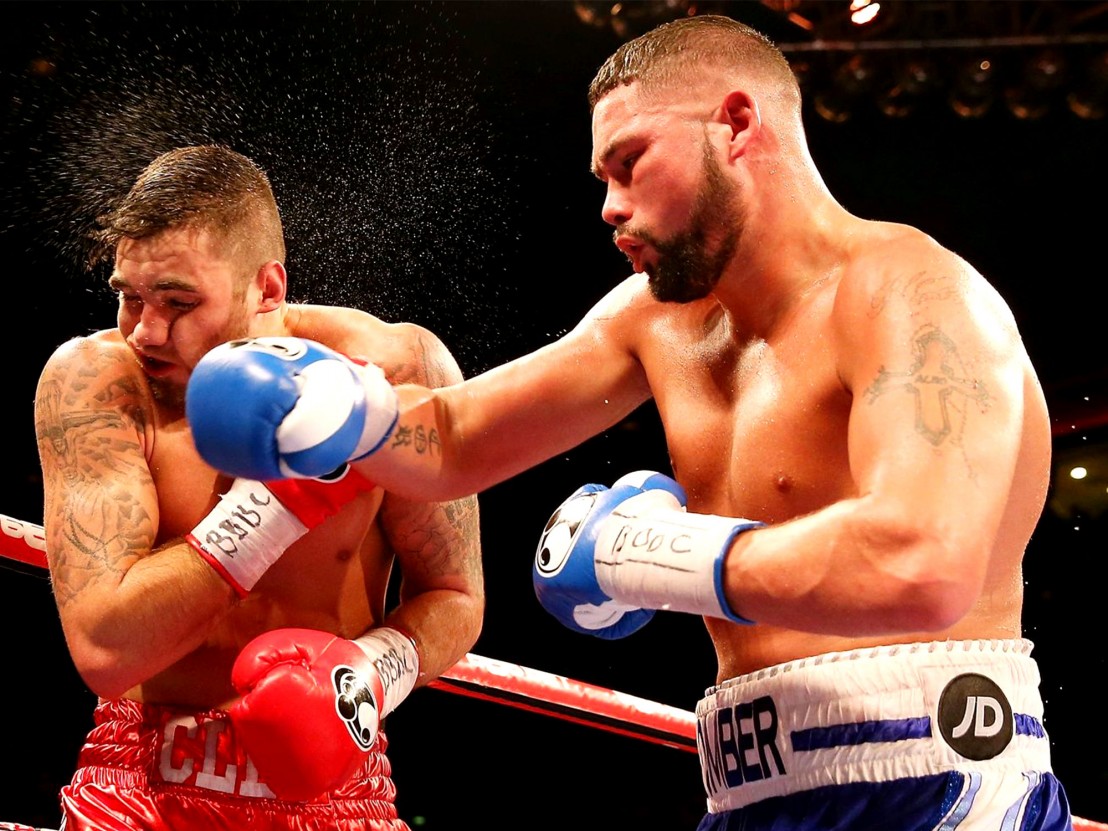 As the final bell sounded across the Esprit Arena in Düsseldorf, you could virtually hear a pin drop among the partisan crowd as 246-pound Tyson Fury paraded around the canvas – a silence broken moments later as Fury serenaded his wife with a surprisingly tuneful rendition of Aerosmith’s ‘I Don’t Want to Miss a Thing’. Wladimir Klitschko’s nine-year reign was over and British fans could finally toast a new homegrown champion. But while Fury made sure all eyes were on him, his unanimous decision victory was already turning heads in the direction of British boxing’s growing global stature.

We are living in a golden age for British boxing. At the time of writing British fighters hold 13 interim and world champion titles across the four major sanctioning bodies and 17 weight divisions.
At London 2012, Nicola Adams became the first woman to win an Olympic boxing title, and Anthony Joshua, who won gold that same summer, is being tipped as a future world champ. Together, this makes up the country’s best ever record in modern boxing. But could this success lead to British boxing making its mark on the big screen? Will we soon see British boxers being immortalised in the same way that so many great American fighters have?

Last year’s Creed, the latest instalment in the Rocky franchise, homed in on this success while casting British boxing culture in a new light. Adonis Creed (Michael B Jordan) earns his world title shot the hard way, but must stop the undefeated and soon-to-be incarcerated “Pretty” Ricky Conlan, played by real-life cruiserweight and light heavyweight champion Tony Bellew.
On screen, Conlan superficially lives out an American Dream through boxing, his rags-to-riches trajectory echoing Bellew’s own experience – the Liverpudlian contested the WBC world title back in 2013, although he has not spent time behind bars.

Just as folding British boxing’s working-class roots into the story lends an air of authenticity, it’s telling that Creed’s final bout takes place on a typically British stage, Everton’s Goodison Park. Football stadiums have played a pivotal role in boxing’s recent rise in popularity, with London’s Wembley Stadium hosting an undercard knockout victory for James DeGale, the current IBF super-middleweight champ, against American Brandon Gonzales in 2014. That Creed’s climactic scene plays out away from the all-too familiar Las Vegas venue is a clear signifier of British boxing’s renewed prominence within the sport.

Following in Creed’s footsteps is the upcoming bluecollar boxing drama Jawbone, directed by Thomas Napper, starring Ray Winstone, Michael Smiley and Johnny Harris, and with an original score by Paul Weller. Former WBO featherweight champ Barry McGuigan and his 26-year-old son, Shane, are serving as production consultants, which will presumably enhance the credibility of the fictional story of Jimmy McCade. Likewise, British production company Moneyglass Films, who made last year’s Being AP, are in the early stages of developing a feature documentary profiling
25-year-old British boxer Josh “The Leeds Warrior” Warrington. These two new films are a sign of the times and, along with Creed, stand to bring British boxing to a wider audience while unshackling British boxing culture from its crime-oriented cinematic past.

Historically, British-produced films featuring boxers have tended to gravitate towards the sport’s notoriety as a hotbed of criminal activity. John Irvin’s Shiner and Alex De Rakoff’s The Calcium Kid both highlight this criminal underbelly while incorporating a specific type of screen violence that is intrinsically linked to the sport. These films emerged in an era that saw Audley Harrison take the heavyweight crown at the Sydney Olympics and Naseem Hamed successfully retain his WBO title for the fifteenth and final time, and yet British cinema has been strangely reluctant to acknowledge – let alone champion – its proud boxing heritage with authentic ring-based stories. Even Lennox Lewis had to settle for a walk-on cameo in the Hollywood remake of Ocean’s Eleven, three years prior to retiring as the reigning undisputed heavyweight champ.

Setting aside the stigma attached to traveller communities by the British media, prizefighting continues to produce world-class boxers. Its cultural significance has been recognised by British filmmakers in the past, most famously Guy Ritchie in 2001’s Snatch, which sees Brad Pitt play bare-knuckle brawler Mickey O’Neill. Irish Traveller heritage extends to the United States, of course, as evidenced in David O Russell’s 2010 biography The Fighter, about real-life Massachusetts light welterweight “Irish” Micky Ward (Mark Wahlberg) and his older half-brother Dicky Eklund (Christian Bale). With Eklund in his corner, Ward competes for the world title in London’s Kensington Olympia against Liverpool’s Shea Neary in a dramatic bout which took place in March 2000.

You have to look as far back as Alfred Hitchcock’s 1927 film The Ring to find a genuine attempt to chart Britain boxing’s culture impact, the only other notable example being 1953’s The Square Ring. For generations, then, pioneering modern fighters like Jack “Kid” Berg and Henry Cooper have been overlooked on the big screen. Given that the current golden age of British boxing looks set to rumble on for many years, that could all be about to change. As if Tyson Fury needed the extra encouragement.