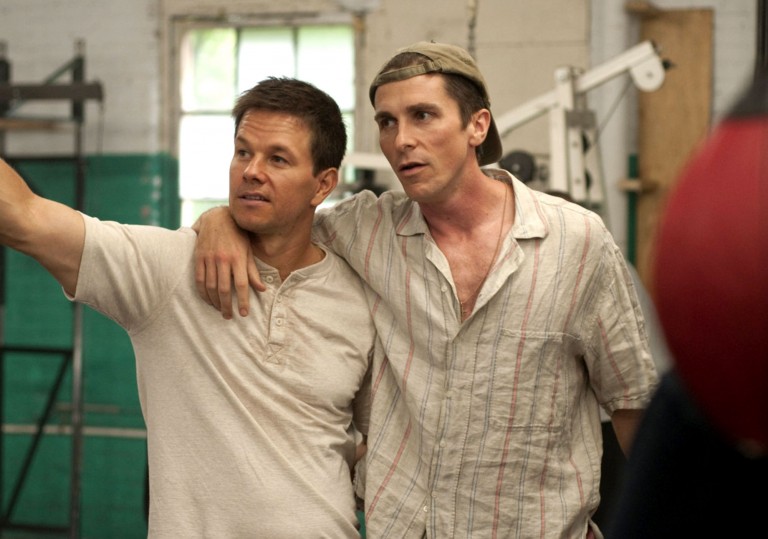 Does the world really need another boxing movie?

Was it gold? Or just very compelling straw?

A formulaic boxing movie made utterly compelling by one of the most committed actors in the business.

Funny thing, acting. When it’s good it goes unnoticed. When it’s great it is lauded. But when it’s too good it can upset the applecart entirely. Take Christian Bale in The Fighter. He plays Dicky, a rake-thin former boxer-turned-crack addict, and current wildcard trainer of baby brother and welterweight hopeful Mickey Ward (Mark Wahlberg).

The latter, a real-life Rocky archetype from mid-’90s Lowell, Massachusetts, is the ostensible subject of this film, which charts his rise from eminently beatable wannabe, right through to world champion pugilist, and all with sassy lover Charlene (Amy Adams) in tow.

And yet, make no mistake; the real subject of the movie is Bale’s fraternal horror show. Embracing the weight loss that’s become emblematic of the ‘serious’ Bale performance (The Machinist, say, as opposed to The Dark Knight), and adding to this a savage thinning of his angular pate, the 36-year-old former child actor is nowhere to be found on screen.

Instead, as Dicky repeatedly promises greatness for Mickey but delivers only cataclysm (including some shockingly mismatched fights, and a brutal beating at the hands of some police heavies), what we get is a mesmerising display of bird-like twitches, bodily jerks and bug-eyed stares, often overlaid with thick Bostonian pronouncements such as his opening statement, “I’m squirrelly as fuck!”

In this routine, Bale has found the rhythm of a charismatic crack addict: always on, always centre-stage, always ready to perform for any inquisitive eyes.The first act inclusion of a camera crew from HBO, who are allegedly shooting a documentary about Dicky’s down-and-out life in Lowell, is a stroke of genius from director David O Russell and writers Scott Silver, Paul Tamasy and Eric Johnson.

For it allows Dicky the ideal ever-present mirror against which he can enact the fantasy version of himself (he relentlessly recounts the ancient story of the fight where, allegedly, he knocked down Sugar Ray Leonard), and it also permits Russell to indulge in some suave Scorsese-style formal shenanigans at the start, with a long rolling track through the streets of Lowell that sets up both the narrative milieu and the dramatic tension between Mickey’s restrained introversion and Dicky’s incessant scene stealing.

And this, surely, is the rub. For when acting becomes nothing short of transformative fireworks – and it does so very rarely (think De Niro in Raging Bull, or Day-Lewis in There Will Be Blood) – it can be distracting. The Francophile film theorist Gilbert Adair calls this ‘watching the effect of acting, rather than watching acting itself.’ And certainly there are moments in The Fighter – with Bale, for instance, on full bulge in a crack den – when you’re struck by the thought that this just might be the best performance ever committed to film. Or the worst.

Thankfully, however, the hammer never falls on either side. Russell throws so much at the screen that there is little time to make your mind up. Instead, what you get is a formulaic boxing movie with some primitive gender-based stereotypes (skinny babes in black underwear are good; plain fat girls in sweaters are bad), that is made utterly compelling by a single turn from one of the most committed actors in the business.

Does the world really need another boxing movie?

Was it gold? Or just very compelling straw?