Lindsay Anderson’s spiky Thatcher-era comedy is the perfect sign off to his Mick Travis trilogy. 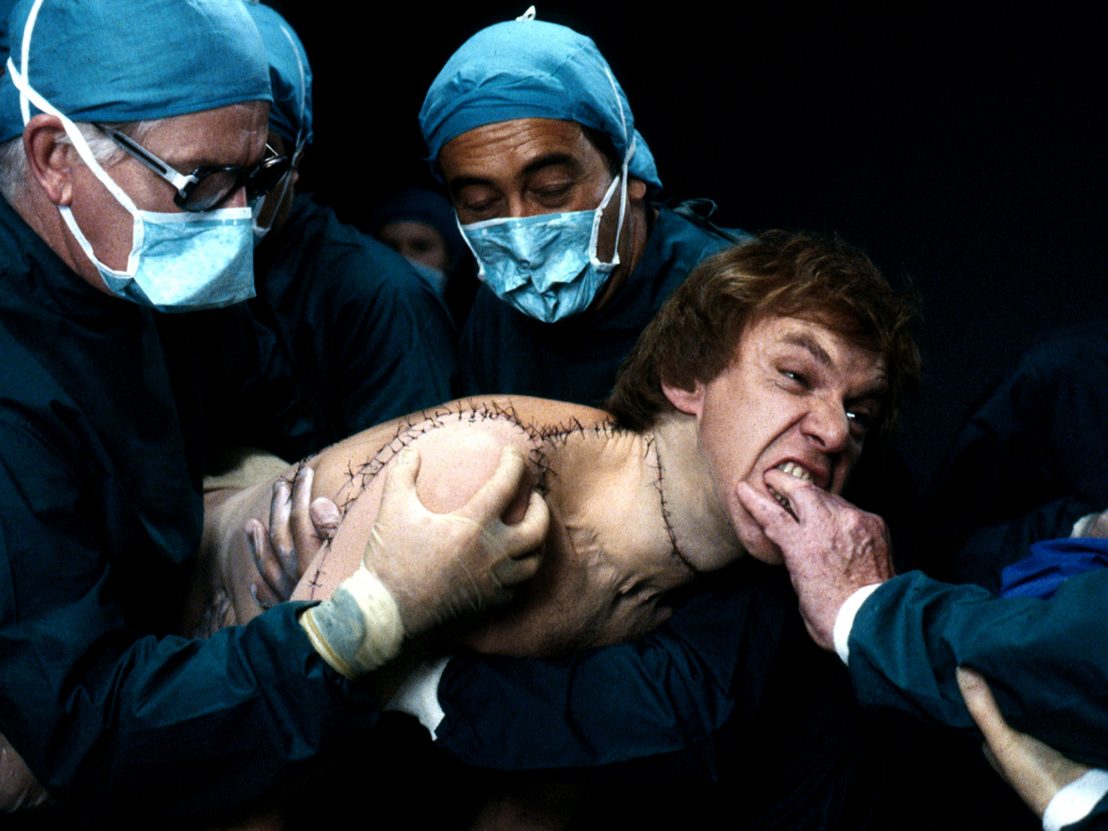 The final film in Lindsay Anderson’s Mick Travis ‘everyman’ trilogy – along with If… and Oh Lucky Man – Britannia Hospital is a savage comedy that plays out like a lost Carry On scripted by Bertolt Brecht with a sizeable chip on both its body-horror shoulders.

Released in 1982, just as the Falklands War was kicking off and Margaret Thatcher was hitting her polarising stride, dividing the country into the have’s (here’s your money-pit) and the have-nots (here’s your cess-pit) it is antirealist, operatic, horrific, over-the-top and it spares nobody.

With over 70 speaking parts and no discernible lead, the plot is slight – chaos incarnate. We are dropped into a hospital on its last legs, awaiting the futile arrival of the Queen Mother. Behind cold closed doors, sinister medical experiments are not only practised but also bizarrely rehearsed. Through open public doors, NHS staff members are striking and quibbling about everything and nothing, sometimes even breaking out into sentimental song.

Outside, gathered at the Hospital’s gothic gates, it’s all burnt air and boiling anger – infantile lawlessness – as crowds of demonstrators bark at the quotidian, grinding structures that entrap them. This is the workaday world with no heroes and many villains.

Where before, Mick Travis (Malcolm McDowell) grabbed a Bren gun and started his own little rooftop insurrection in If…, and then later voyaged through a Britain ravaged by capitalism and post-colonialism in Oh, Lucky Man, here he is a roving documentarian, hell-bent on exposing the weird ways of the hospital.

As with all of Anderson’s films, he draws superb performances from his cast, an inspired mix of ‘lowbrow’ (a phrase Anderson would have justifiably deplored) screen-stealers like Fulton Mackay, Leonard Rossiter and Robyn Askwith alongside the likes of Joan Plowright and Mark Hamill.

Re-watching it recently, under our collective COVID-cloud, I couldn’t help but think: maybe Boris Johnson and Dominic Cummings where born in this hospital – or, worse, run it. They would fit right (wing) in. The parallels between then and now are striking.

At times it may seem like Anderson is campaigning on behalf of the NLM (No Lives Matter) cause, but that would be overlooking his humanitarian concerns – a thread that runs, albeit aloofly, throughout all of his films; each is imbued with a queasy awareness that things are terribly wrong.

An auteur in the manner of Luis Buñuel and his idol John Ford, he made visionary odyssey’s that dealt in both transcendence and grit. Britannia Hospital ends on a SCI-FI blast every bit as spiritual as the star child in 2001: A Space Odyssey. Anderson had a heart. It just beat differently than most others.

A slight aside, when I was working with Mark E Smith, singer-songwriter of The Fall – and another divisive maverick – on his autobiography ‘Renegade’, he often spoke about Britannia Hospital. He loved it. You can tell. It ‘feels’ like a Fall song, like argumentative dynamite – by turns, sarky, narky, mean, shambolic, futuristic, caustic, very funny and oddly moving.

Britannia Hospital is released on 29 June via Powerhouse Films as part of their Indicator series. 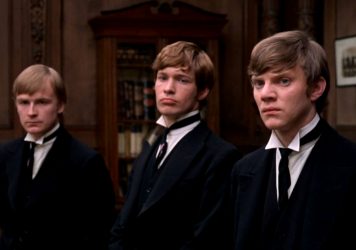