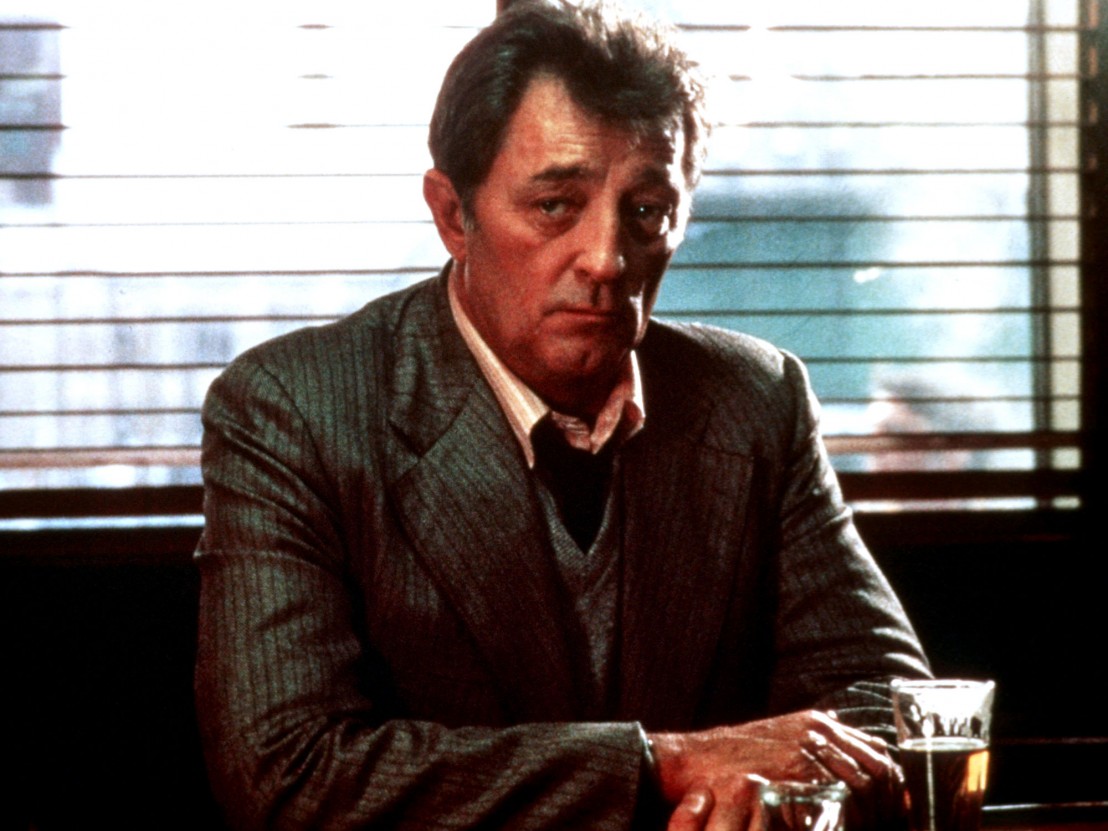 “I’ll bet if I was to go to confession, I’d get three Hail Marys and then the priest’d ask me confidentially if I can get him something light to carry under his coat. People’re desperate for guns – I had a guy ask me seriously the other day, could I get him a few machine guns.”

So begins British director Peter Yates’ seminal Boston crime film from 1973 – one that has influenced so much of what came after – The Friends of Eddie Coyle. Based on the bestselling debut novel by Boston native George V Higgins, it’s the story of a weary, low-rung criminal, beautifully played by Robert Mitchum, who acts as a middle-man in supplying guns to bank robbers and who makes the bad mistake of turning informer to the cops (or ‘helping Uncle’ as is the police parlance for snitching) to avoid a jail sentence.

In the film Boston is depicted as bleak and grey but populated with colourful characters – Irish gangsters, long-haired gun-runners, over-sexed Mafia henchmen and the like. It also showed the city as a viable alternate gangster movie location to New York and Chicago, with its very own breed of villains, both on the wrong side of the law and in public office.

George V Higgins, who worked at The Boston Globe and went on to become a district attorney, knew these people. The gregarious, untrustworthy Dillon (played by Peter Boyle) – who is a barman, police informer and also a hit man – was thought to be based on infamous Boston hoodlum Whitey Bulger, when in fact Higgins claims this was merely a coincidence, and that he’d written the character ‘before Bulger became Bulger.’

While working in the courts, Higgins realised that Boston was a boon for a crime writer – and it still is, with a report last year naming it as one of the most corrupt cities in America. Despite being relatively small – the city proper has an official population of less than 700,000 – it seems to have produced a disproportionate amount of real life scandals and crimes, which inevitably draw producers there.

In 1950 armed robbers made off with over $27 million from the Brink’s Building in Boston’s North End in what at the time was the biggest heist in US history. The event was a sensation, dubbed by national papers as ‘the crime of the century’, and naturally it was turned into a film – or rather, four films, the most notable being The Brink’s Job, directed by William Friedkin in 1978. Between 1962 and 1964, 13 young women were killed by a man the press dubbed ‘the mad strangler of Boston.’ Albert DeSalvo was arrested for the crimes and was later killed in prison. In 1968 Tony Curtis played DeSalvo in Richard Fleischer’s film The Boston Strangler. There have been four other film versions of the story.

And in 2013, two bombs were exploded by terrorists during the Boston marathon, killing three people and injuring 264. A massive police manhunt followed resulting in the capture of two brothers, one of whom was killed after a firefight, while the other is currently serving a life sentence on death row. Bostonite Mark Wahlberg has been cast in Peter Berg’s upcoming dramatisation, Patriot’s Day.

This year’s Oscar-tipped Spotlight, based on the real-life scandal of systematic child abuse within the Catholic church as exposed by The Boston Globe, follows hot on the heels of 2015’s Black Mass, which detailed the crimes of Whitey Bulger, who, incredibly, was given pretty much a free pass in the city in exchange for handing juicy information to the FBI. Other Boston crime dramas set for release this year are Ben Affleck’s Prohibition-era thriller, Live by Night, and Ben Wheatley’s Free Fire, a ’70s shoot ’em up set in a warehouse starring Brie Larson and Armie Hammer. Wheatley has said that Free Fire was partly inspired by The Friends of Eddie Coyle.

All roads, it seems, lead back to George V Higgins, who not only introduced a fresh, fearsome brand of gangster but pioneered a new style of dialogue – capturing the argot of the criminals and their day-to-day patter – that would heavily influence crime novelist Elmore Leonard (who once described The Friends of Eddie Coyle “the best crime novel ever”) and, in turn, Quentin Tarantino (a major character in Eddie Coyle is called Jackie Brown, which Leonard borrowed for ‘Rum Punch’, and Tarantino used for the title of his loose adaptation of that book).

In Higgins’ works, the bad guys bitch and moan and are forced to find money to pay the plumber like any normal person – only they do it by robbing banks and offloading stolen goods. A hit man in The Friend of Eddie Coyle suggests a bottle of wine, a steak and a hockey game to the man he has been hired to kill: Higgins’ way of showing us that this stuff goes on, and a killer’s got to eat.

Here Boston is a big city where bad things happen – Higgins’ story reminding us that beneath its polished, presentable exterior, behind the history and industry and politics, down on street level you’ve just got to survive any way you can. In doing so, Higgins makes the city’s motto, “As God was with our fathers, so may He be with us,” sound like a cry for help.

The Friends of Eddie Coyle is released on Blu-ray/DVD by Eureka! films on 25 January. Spotlight is in cinemas from 29 January.