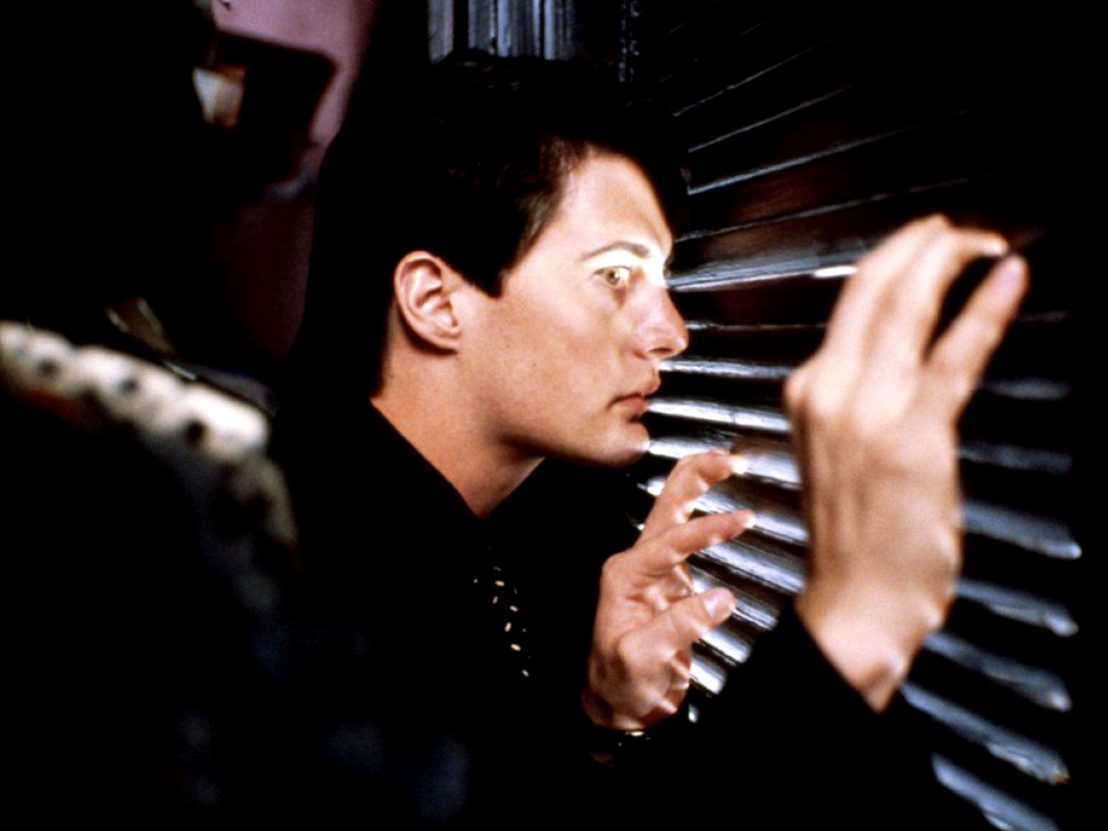 Tirty years on from the original release of Blue Velvet, in the current post-Snowden era of mass governmental surveillance revelations, it’s easy to feel nostalgic for the days when you could simply climb into someone’s wardrobe to learn what they get up to. Even in 1986, when David Lynch’s film was first released, spying on ordinary citizens was becoming standard practice across certain governmental departments, we just didn’t know it yet.

Cinema, of course, has been a voyeur’s game from the get go, with Alfred Hitchcock’s classic 1954 film Rear Window perhaps the purest distillation of this principle. It is in many ways an ideal companion piece to Blue Velvet. Owing to David Lynch’s fetishistic examination of the ideals and contradictions of mid-century America, we can view Blue Velvet in this case as the urtext. But Rear Window actively lives that period, slyly tugging at the neat seams of 1950s society from within.

Throughout the film, every apartment that LB Jeffries (James Stewart) peers into offers a sceptical (if not wholly cynical) look at relationships. The newlyweds run the gamut from honeymooner romance to mild resentment in the space of a week while the Thorwalds exhibit so much resentment we, like Jeffries, become convinced that one might be capable of murdering the other. On his own part, Jeffries initially resists the lure of domesticity presented by his girlfriend Lisa (Grace Kelly), only relenting once she’s proven her worth by rescuing a wedding ring – what else – from the Thorwalds’ apartment.

Blue Velvet similarly presents the innocence of domesticity as nothing but a naïve folly, the antithesis of the world’s strangeness. Despite the suspicions this ideal is observed with, it’s a state happily and eagerly returned to after Jeffrey Beaumont (Kyle MacLachlan) has confronted the dark, seductive forces which threaten to destroy the nuclear family. Smiling loved ones, waving fireman – the sheer Norman Rockwellian nature of that happy ending is an acknowledgement of its seductive artificiality, as desired and unattainable in 1986 as it was in 1954.

Both films also suggest that order is unattainable in the modern world. We must keep watch over one another because while our neighbours run amok, authority is unreliable at best. Rear Window’s police force proves uselessly dismissive until Jeffries is left hanging from the titular vantage point, while Blue Velvet’s revelation that the Yellow Man is a dirty cop undermines the idealised notion of the thin blue line. Family, gender, authority: Lynch, Hitchcock and writer John Michael Hayes all prod and ultimately eviscerate social mores from perspectives only available to society’s outliers. And outsiders, as we know, are inherently inclined to observe. 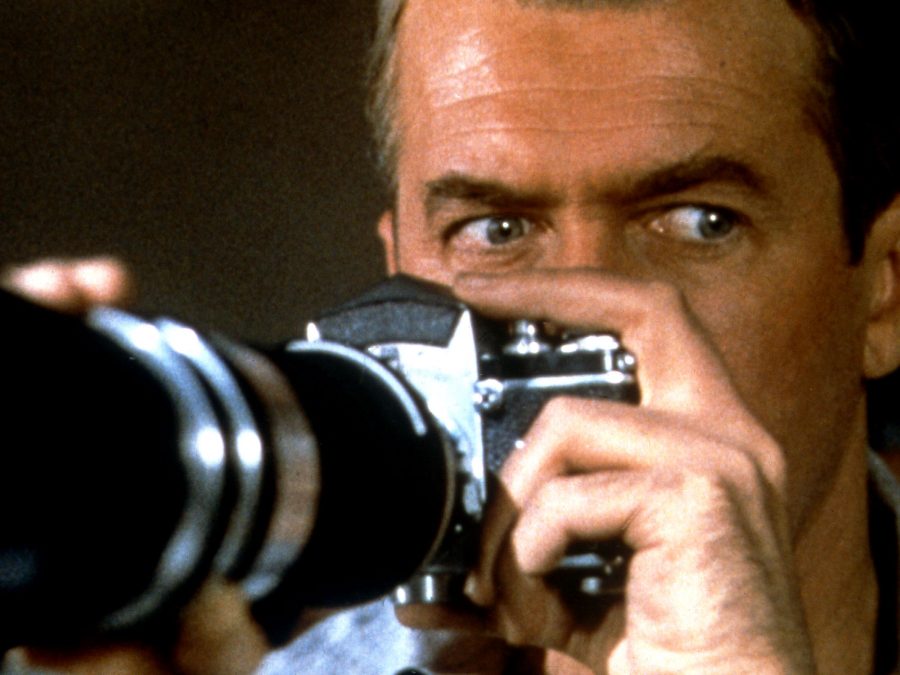 Though these stories operate in similar ways and to similar ends, the issue of voyeurism is depicted and rewarded with marked difference. The narrative thrust of Rear Window relies on its central mystery. We’re never more in the know than Jeffries, and his obsession is fuelled by the question of what has happened across the way. Blue Velvet’s Jeffrey is under no illusion as to what just happened on the floor of Dorothy Vallens’ (Isabella Rossellini) apartment – it’s the why that draws him back. There’s an irony in the fact 30 years of change has changed very little. Actually seeing things has not quenched the voyeur’s curiosity.

Perhaps that’s because voyeurism is inherently passive. None of the films’ main characters – the two Jeffs, Lisa or Blue Velvet’s Sandy (Laura Dern) – are in any danger until they trespass into the physical space that holds their fascination captive, but ultimately they are coaxed into harm’s way. Seeing isn’t enough. They have to know. Jeffries expresses anxiety when Lisa enters the Thorwalds’ apartment, despite urging her to help him uncover the truth. Inevitably, she cannot resist the temptation. It does help their cause, of course, but not before placing them both in mortal danger.

When Jeffrey becomes an active player in the unfurling of Blue Velvet’s strange tale, it is with some reluctance. He is dragged from Dorothy’s wardrobe – although he put himself there – and he is dragged to Frank’s (Dennis Hopper) car having voluntarily returned to Dorothy’s apartment. As a consequence of this behaviour he is beaten, threatened and his narrow world view shattered in an instant. The only reason he’s spared the ultimate punishment is because he changes his mind about resolving the Frank situation himself. This decision saves him, both figuratively and literally, redeeming his initial moral trespass and buying him time to hide and finally defeat Frank.

Both Rear Window and Blue Velvet find their American everyman, with minimal consideration or hesitation, engaging in morally dubious activities to solve crimes. Cinema’s longstanding obsession with voyeurism ensures audiences are predisposed to forgive or at least marginalise questionable behaviour from our heroes, lest we start feeling a little awkward about being complicit ourselves. While Hitchcock’s film presents a pure refinement of the cinematic voyeur, with its neat little windows, frames and lenses, Lynch’s grapples with a messier, uglier truth, one of fragile tensions between passivity and complicity. A truth that says you can look – must look – but you can never go back.