Discover the stomach-turning horrors of this Anne Hathaway baiting thriller

Adrian Tofei goes full psycho-stalker in Be My Cat: A Film for Anne. 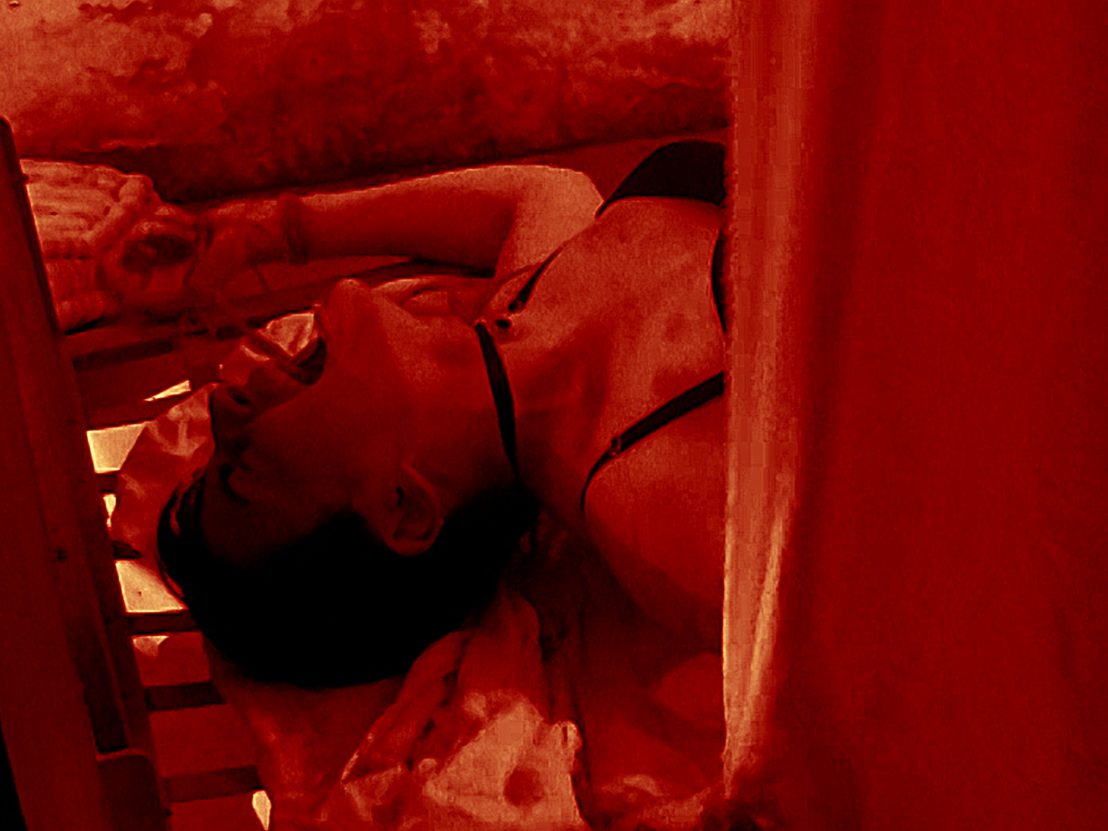 “Hello, Anne. My name is Adrian, I am from Romania and I want to make a movie with you.” The protagonist of Be My Cat: A Film for Anne is played by his namesake Adrian Țofei – and if Țofei serves as this film’s director, writer, producer, DoP, editor, sound designer and production designer/manager, his character Adrian is also a first-time polyhyphenate filmmaker pitching his own movie called Be My Cat, and himself trying to get into character to play that film’s creepy romantic lead. The other players with whom Adrian interacts, chiefly the three aspiring actresses whom he has tricked into appear in his special film, are also played by actresses (Sonia Teodoriu, Florentina Hariton, Alexandra Stone) who share their character’s forenames.

Similarly, the mother with whom manchild Adrian still lives (an early hint of Psycho) is played by Țofei’s own mother Dorina. And while the titular Anne – whom Adrian addresses with his opening words to camera and keeps addressing throughout the film – may be an ever-present absence, never seen on screen, and presumably never receiving the film that Adrian intends for her eyes only, she too is nonetheless a real person: Adrian’s own ‘Catwoman’, the actress Anne Hathaway. In other words, Be My Cat: A Film for Anne is a prime example of meta-cinema, endlessly blurring the line between behind-the-scenes reality and onscreen fantasy, between documentary and fiction, while also repeatedly commenting on the process of its own making.

Adrian’s film is supposedly a pitch to Hathaway, designed to show off Adrian’s self-sacrificing commitment to directing, all in an attempt to persuade her to star in Be My Cat. Yet text at the very beginning reveals that Adrian’s film has since become a classic piece of ‘found footage’, discovered “by police at the Be My Cat crime scene in Rădăuti, Romania on 20 May, 2014.” As we see giggling ailurophile (but also cat strangler) Daniel humiliating his actresses with impossible directions and then murdering them one-by-one on camera, all in the name of the filmmaking art and his own peculiar vision, it is clear that this is a horror film, capturing the perverse identity splits in Adrian’s character – who is, as he keeps insisting, only playing a role for the movie – even as it shows his actresses shifting from mere play discomfort to real terror.

Yet Be My Cat: A Film for Anne is also a twisted romance. For it is a love letter to Hathaway and to the Hollywood model that she represents, accessible to the likes of Adrian only through twisted fantasy – and through no-budget homegrown imitation (like this very film). The results are an unnerving study in cinephilia and erotomania, falling somewhere between Rémy Belvaux’s Man Bites Dog and Patrick Brice’s Creep, as one man documents his own murderous obsession, knowing full well that his possession of a camera is the best cover story for acts lifted from the horror genre. Adrian lends his misogyny, sadism and psychopathy a benign, naïve, almost endearing (and unsettlingly funny) face, while Țofei, already confounding our sense of fiction’s boundaries with a barrage of self-reflexive reality effects, has only added to all this unease by starting an online petition to get his film seen by the real Hathaway.

Who knows, perhaps she will star in his next feature, or even settle down with him to have a family. In any case, Țofei here proves himself an inventive filmmaker, only too happy to put himself on the line to realise his improbable ambitions – and it will be interesting to follow the next (hopefully deranged) steps in his career.

Be My Cat: A Film for Anne is now available to watch internationally on demand.