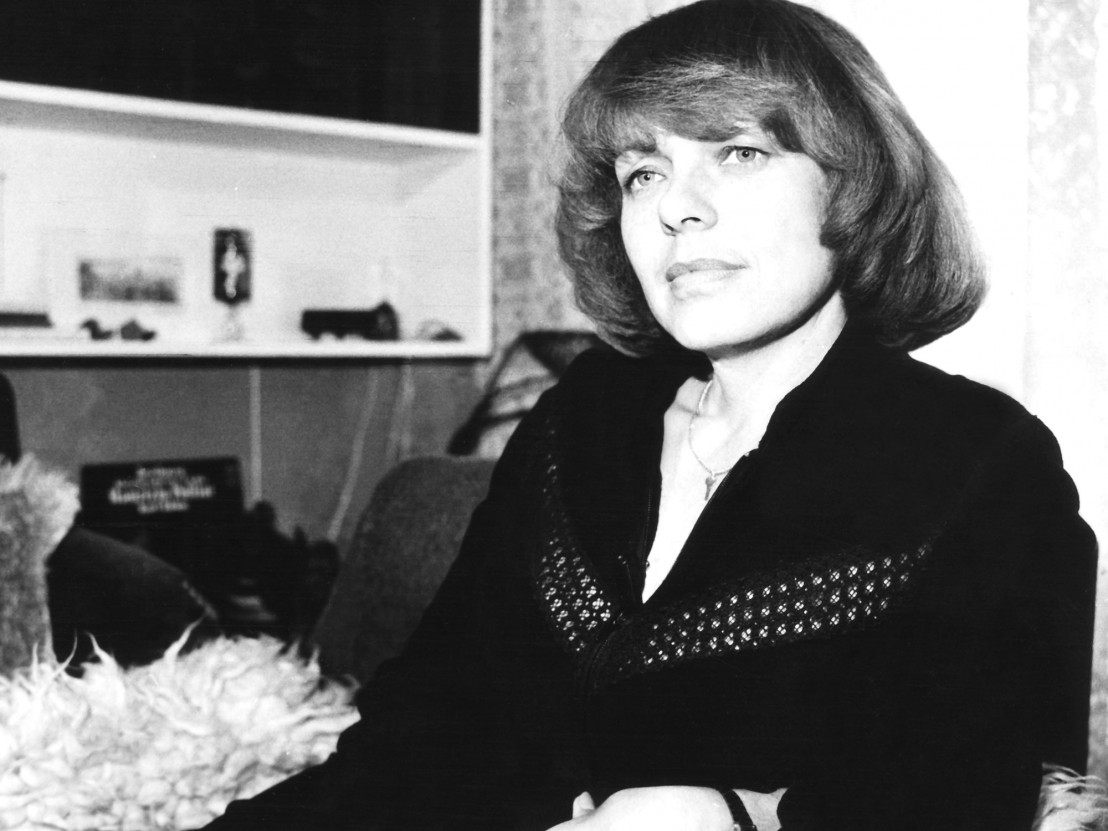 She is mentioned in the same breath as Czech New Wave luminaries like Věra Chytilová, Miloš Forman, Jiří Menzel and Jan Němec, but Drahomíra Vihanová never quite achieved the same level of recognition as her illustrious contemporaries. Part of the reason is that her feature debut was banned before release and she was subsequently denied the right to make films under a strict Communist regime. She was later permitted to make government sanctioned documentaries, but the story of her career remains a case of ‘what if?’

Vihanová studied at FAMU, the legendary Czech film school that churned out exciting auteurs throughout the ’60s, many of its alumni finding international acclaim. Vihanová’s final year project, Fugue on the Black Keys, is a film brimming with verve and energy, inspired by friend and collaborator Chytilová (particularly her own graduation film, Ceiling) and the French New Wave. The camera freewheels around Prague in a loosely constructed tale of a young African music student, Fati Farari (Julian Diaz).

More a personal story than a political one, Vahinová’s moral conscience is clear in the film’s repeated engagement with racial intolerance and, as in Ceiling, commentary on the male gaze via her protagonist’s wandering eye. She mixes a voiceover of Fati’s internal monologue with toe-tapping jazz and guitar music, itself punctuated with equally high-tempo classical piano. Vihanová plays with visual effects like point-of-view shots, time manipulation and oblique angles to capture Fati’s inner psychology, buffeted by loneliness and isolation. The same central concept is the crux of her first feature, Squandered Sunday – this time with more pointed political overtones.

Completed in 1969, the film was not actually released until 1994, five years after the Velvet Revolution. Why it was banned is hardly a mystery. Another portrait of a young man, it lays bare the fragile mental state of a soldier, listless on a stagnant Sunday, his disaffection an easy allegorical association for a country recently invaded and discontent beneath the Soviet jackboot. Although not the most subversive work, it embodied the things about the New Wave’s vernacular that were deemed too provocative and, above all, anti-Socialist.

The alienated soldier, Arnost (Ivan Palúch) lurches from boredom to self-loathing through bouts of heavy drinking. Anxiety and the threat of annihilation – both individual and national – looms large like the shooting target hung above Arnost’s bed. His dissatisfaction manifests as a series of inventive flashbacks that mirror and juxtapose the narrative of his Sunday, including women he may have romanced and mistreated, and fantasies of a better life and better self. It’s arresting viewing – as potent a calling card as you’ll ever see – but it’s an unfortunate place to cut Vihanová’s story short.

Squandered Sunday is a less experimental film than Chytilová’s first feature, Something Different, but it is arguably the more coherent and engaging work. Chytilová followed her debut with the knockout combination of Daisies and Fruit of Paradise before her own ban. Would Vihanová have followed a similar trajectory had she not been restricted to making documentaries? It’s impossible to say, but her frustration at being creatively stifled is evident in her work. “Make a good horse out of a bad one,” grumbles Frantisek Kriz in her 1977 short, Last of the Clan, referring to a family tradition of horse wrangling. Although literal in the context, there’s an underlying truth to this statement about making the most of an unfortunate situation that seems pertinent given the director’s own circumstances.

Her first colour film, Last of the Clan opens with a vibrant sequence in which a draught horse hauls logs down an embankment. Unlike typical documentary films of the time it is filled with cutaways and inserts which set the rhythm, while the photography calls to mind the misty milieu of Andrei Tarkovsky’s Stalker. Even in films with clear state messages, Vihanová found a way to flex her filmmaking muscles while silently screaming about her own persecution – “When one does a job for 20 years,” a soot-covered miner tells her, “something about it has to excite one.” The creative process takes centre stage in Questions for Two Women, which finds poetry in the mundane and plays almost like a straight-laced documentary version of Chytilová’s Something Different.

Vihanová was finally able to do something different in the early ’90s when the yoke was cast off and she made The Fortress, adapted from Alexandr Kliment’s short story of the same name. She considered it her best film. Her final film, 2000’s The Pilgrimage of Students Peter and Jacob, was poorly received but hardly diminishes the fortitude with which Vihanová stuck it out for two decades, quietly expressing herself even as she was being denied the opportunity to. You can’t help but wonder… what if?

Drahomíra Vihanová Documentary Programme runs at the Barbican on 4 June, with A Squandered Sunday screening on 2 June. For more info visit barbican.org.uk/film