Edgar Wright’s new film is a radical reinvention of a classic Hollywood genre. 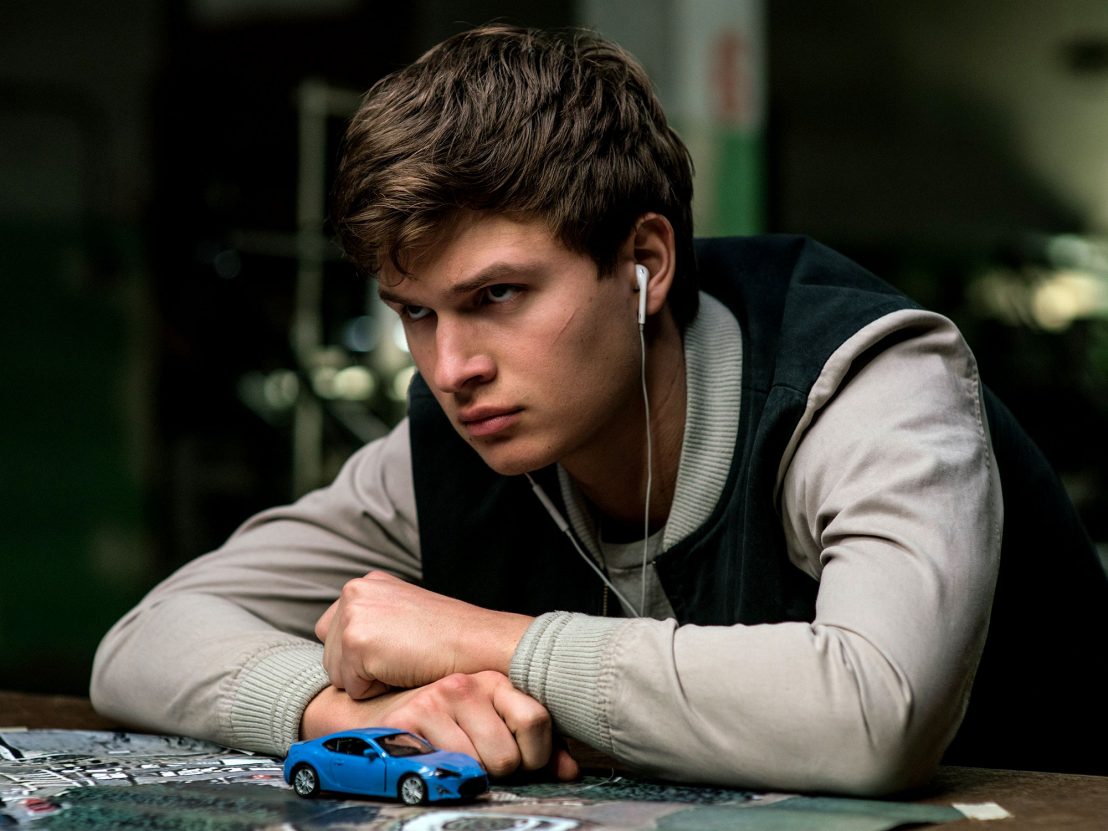 Edgar Wright is yet to give a straight answer when asked if he considers his new film, Baby Driver, to be a musical, offering only “sort of,” “kind of,” “in a way” – so seamless is the writer/director’s integration of the soundtrack into the fibre of the film’s action sequences. Wright should give himself more credit. He’s not making a movie musical so much as redefining its possibilities, moving audiences away from the century-old notion of what constitutes a musical, leading all the way back to the dawn of the talkies.

In Baby Driver, Wright takes the musical genre into more personal terrain. He achieves this radical reinvention by pumping the tunes through white Apple headphones instead of opening the music out to the entire world of the film. Headphones are central to understanding the changing relationship between society and music. As developed nations found more time for leisure, the sheet music industry boomed, creating what we now recognise as pop music. Groups gathered around the piano, their active participation a necessary component of music creation. Even technological advances like the record player and radio, which put music creation in the hands of professionals, were designed to transmit sound to a single room. It makes sense that the musical as we still think of it today arose from this era. The hallmarks – collective singing, choreographed dance – are in keeping with a time when music was a communal activity.

A series of innovations over the past 50 years have ruptured that relationship and, in turn, relegated the musical genre to a nostalgic relic. The most crucial is the rise of the transistor radio and its accompanying headphones, which moved music into a personal space for the first time. It became something private and increasingly representative of individual tastes. Suddenly songs could be broken down into their element components and remixed at will. As The Atlantic pointed out in a lament over the decline of communal singing in America, we wouldn’t even know what to sing together. The idea of bodies and voices moving in synchronised sound and motion feels quaint.

Through the tunes that course through the ears of Ansel Elgort’s stoic getaway driver, Wright pushes the musical to its furthest point from that previous model. Baby’s mastery over music helps him pull off some clean escapes in a field dominated by sloppiness and improvisation. We hear the jukebox soundtrack as he hears it, through in-ear headphones connected to an iPod, even down to the sound mix where each speaker corresponds to one of Baby’s ears. The device separates his auditory experience from that of his partners, submerging us into an aural landscape he meticulously controls.

Baby knows each beat and times it to correspond with the stages of the heist. During one robbery, he even rewinds the track to reset his headspace to the proper position. Wright, ever the consummate stylist, syncs up the images and sounds of Baby Driver to move along with Baby’s sonic voyage. This is not just some flourish to justify his precisely staged action scenes; the music serves both a practical purpose (music helps drown out the hum of Baby’s tinnitus) and an emotional one.

Baby Driver is not simply a glorified music video. The songs power the film, and because Wright wrote his script in time with the music featured in each scene, they are part of its very DNA. Baby’s skilful eluding of the police and other vehicles make for the kind of heightened crescendos we’re used to seeing in movie musicals. But these moments occur solely in Baby’s head – the rest of the world is shut out, left to marvel but not participate in them. (It’s no coincidence that the one robbery where music does play through the car speakers does not unfold as planned.)

While the road is normally the stage of choice for Baby’s strutting, Wright also allows for moments exploring music’s role beyond enabling his craziest automotive exploits. In the film’s opening credits sequence, Baby strolls to get coffee for the gang while piping Bob & Earl’s ‘Harlem Shuffle’ into his ears. Every choreographed step matches up with a spot on the sidewalk bearing a word which corresponds to the phrase in the song, a vision of music not as amplified reality but rather an escape mechanism for his mundane routine.

Baby also proves to be a musician in his own right as a remix artist. Though privy to the pre-heist planning meetings, he is a passive participant in them, expected to take in all the information without asking questions. Surreptitiously, though, he’s recording the proceedings and turning their phrases into hooks for mixtapes. By reclaiming their words as music, Baby regains the agency he ostensively lacks in these situations. Whether behind the wheel or a turntable, he’s always most comfortable when given control over music.

“I find it funny that musicals are considered a guilty pleasure by some film fans and dismissed outright by others,” Wright wrote in 2010. “It seems a shame that so many film fans write off the genre as Broadway camp as there are so many musicals stretching back over 80 years that define cinema in its purest form.” In style and tone there is little similarity between Baby Driver and classic Hollywood musicals. In mood and function, however, Wright finds an analogue for the millennial generation. Our musical moments no longer resemble a Broadway showstopper – they look more like the original commercials on which Apple sold their iPod to the masses, and Wright bases a thrilling narrative around them.