The late icon’s playful dress sense brought a breath of fresh air to the films of the French New Wave. 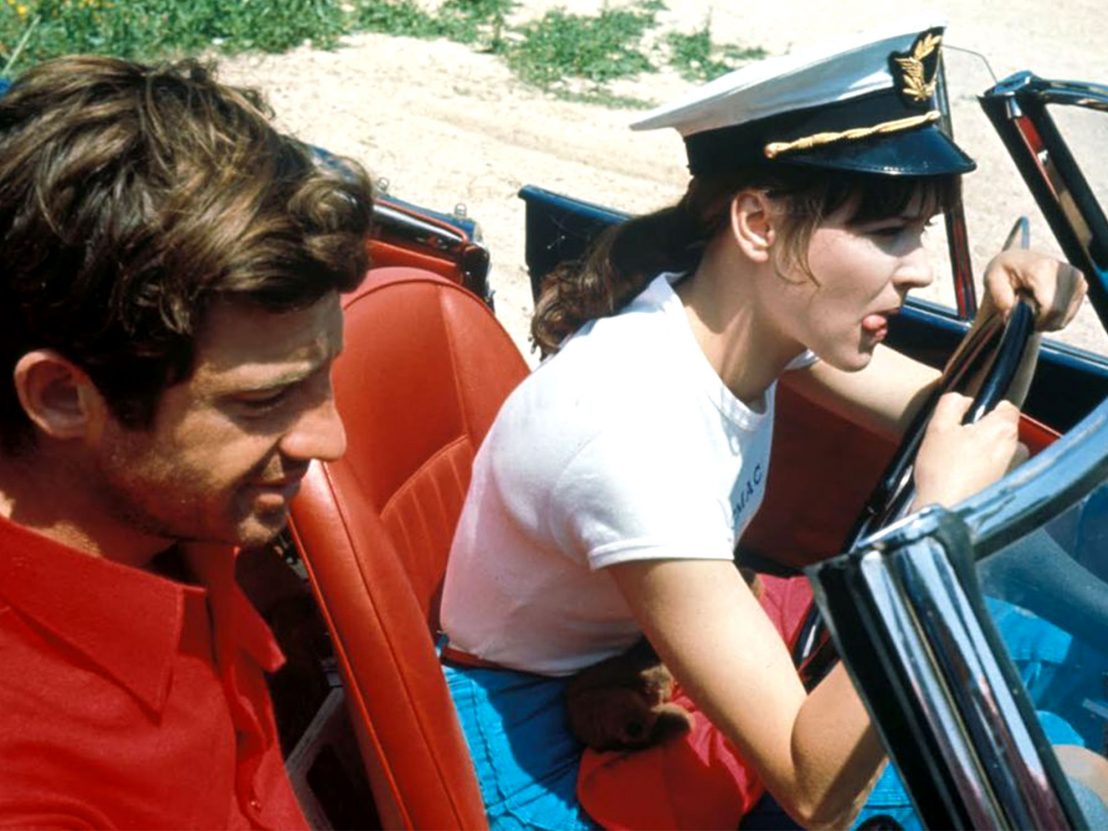 Long before our Instagram feeds were oversaturated with retro-style ‘French girl’ outfits, Anna Karina was putting loose change into jukeboxes and whimsically dancing around Parisian cafes in an array of cardigans, trench coats and berets. Karina passed away last weekend at the age of 79, but she will live on in French New Wave classics such as A Woman Is a Woman, My Life to Live and Pierrot le Fou.

While Karina is best known as director Jean-Luc Godard’s muse – the pair were even married between 1961 and 1965 – she was also a filmmaker in her own right and wrote a series of novels in French. But it was her playful nonchalance in roles like Nana, a Parisian prostitute, and Marianne, a weapons smuggler on the run, which stole the hearts of generations of viewers.

In a uniform of plaid skirts, bright summer dresses and blue eyeshadow, Karina cemented her status among the on-screen style icons of the 1960s. Godard’s realistic approach meant that actors in his films usually wore their own clothes. It was Coco Chanel, whom Karina met when she was working as a model, who suggested that she change her name to “Anna Karina” (she was born Hanne Karin Bayer), so it’s no surprise that fashion played such a major part in her career.

Karina’s debut came in 1961 with A Woman Is a Woman. The film follows Angéla (Karina), who wishes to have a baby but struggles to come to terms with the fact that her partner (Jean-Claude Brialy) does not. This was Godard’s first foray into colour and Karina moves across the screen in a bright tricolore. The film’s playful humour is established early on, when Karina bursts onto the screen in a sailor suit singing, dancing, stripping and staring straight down the camera. Later, Angéla unwittingly becomes a forerunner for man repelling style when her partner says, “I don’t like that tartan skirt on you,” to which she replies, “Good. I’m not trying to please anyone.”

Angéla has not one but two berets, proving that it is possible to wear a beret in Paris without looking like a tourist – so long as you’re cool enough. However, it’s a bright blue fur-trimmed dress paired with a blue bow in her beehive updo, which she wears to sip a glass of Dubonnet and smoke a cigarette, that enabled Karina to claim her place as a bona fide on-screen style icon.

For 1962’s My Life to Live Godard went back to black-and-white. Here Karina’s style is more mature and minimalist, topped off with a freshly trimmed bob as she plays doomed prostitute and aspiring actress, Nana. The fur trim makes a comeback towards the end of the film, this time paired with a velvet Alice band. Her style develops and becomes more luxurious as prostitution gives her more financial stability.

The Little Soldier from the following year continues in a similar vein style wise, with ruffled white blouses and comfy knits, while in 1964’s Band of Outsiders, Odile (Karina), Franz (Sami Frey) and Arthur (Claude Brasseur) break the record for running through the Louvre in the fastest time, which Odile executes in yet another plaid skirt.

In one of the coolest and most imitated movie scenes ever, the trio perform a choreographed dance in a cafe under the curious watch of onlookers. Franz puts his hat on Karina’s head just before the three friends break into dance – a routine that the actors practiced every day for a month before filming. The scene is interspersed with voiceover narration by Godard himself, once again bringing Karina’s attire to the fore: “Odile is wondering whether the two boys notice her two breasts, which move beneath her sweater with every step.”

When Marianne (Karina) and Ferdinand (Jean-Paul Belmondo) go on the run to the Riviera in Pierrot Le Fou, we get to see what la Parisienne wears in warmer climes. Marianne walks moodily up and down the beach in a red-and-white striped sundress, complaining of ennui. Elsewhere in the film, she sings joyously in a bright red frill dress which was recreated by French fashion designer Agnès B in 2007 as part of a collection inspired by Karina and other New Wave icons.

The colourful Made in USA from 1966 was the last feature-length collaboration between Godard and Karina. She continued to work in film right up until 2008’s Victoria, which she wrote, directed and starred in. Karina’s on-screen style is as synonymous with the French New Wave as smoking and philosophical introspection, and it continues to inspire designers, filmmakers and viewers alike. It has endured in part because it is easy to replicate – but ultimately Karina’s style is about attitude.

Godard famously said that all you need for a movie is a gun and a girl. All you really need to imitate Karina’s timeless style is a tube of eyeliner and a pack of Gitanes.