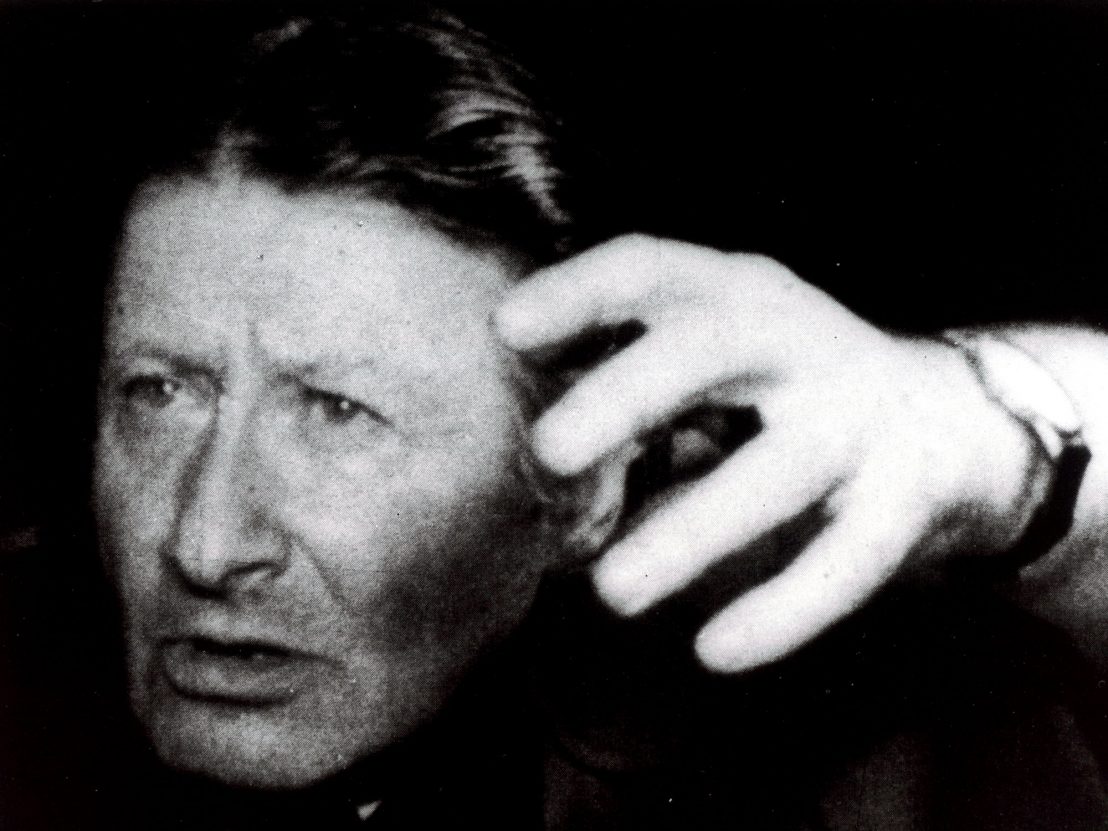 In 1967, shortly after completing his controversial film Weekend, French luminary Jean-Luc Godard shifted gears. Along with the maverick film critic and journalist Jean-Pierre Gorin, Godard outlined a manifesto for a new kind of cinema, one that would reflect the political upheaval of the time while investigating the relationships between image and sound, spectator and subject, cinema and society.

The result of this ambitious project was five films: A Film Like Any Other; British Sounds, aka See You at Mao; Wind from the East; Struggle in Italy; and Vladimir and Rosa. Five revolutionary works that each provide a fascinating and crucial insight into Godard’s radicalisation. Now, these long-unavailable films are being released together for the first time.

Included in this deluxe, special edition Blu-ray boxset is a 60-page book containing English translations of writing by and conversations between Godard and Gorin. Here is an exclusive extract to whet your appetite…

Godard: We didn’t leave Europe, we didn’t leave France, we didn’t even leave Paris. Instead we made more films, after May ’68, than many others did. We made them within the system, within a different place in the system: instead of making them within the same old movie industry, we spread out into the world of television. And so we made a film for English TV (British Sounds), a co-production for a unit of Czech TV and a private French producer (Pravda), a film bankrolled by Italian TV (Lotte in Italia), and a film for German TV with Munich Télé-Pool called Vladimir et Rosa.

What all these films have in common is that they were rejected, and went unbroadcast by the State organs that financed them. So we were inside the system more than ever, but in a different place. Next, we started a film on the problem in Palestine, that’s unfinished. [Jusqu’à la victoire —ed.] We’ve drawn a certain number of conclusions from all these productions that we’ve tried to apply to a specific domain, that of the present-day French movie industry, with known actors and things like that… It’s as a two-person unit that we realised some political possibilities for the practice of cinema.

Gorin: You see, we’re a long way from the grotesque myth of the grand filmmaker going underground…

Godard: A very specific image we currently find with regard to people like Clavel or like Sartre. We might agree with them on certain things, or disagree with them on the application of general principles that one pretends to abide by. People think Sartre is making a break with the system. We say he’s more and more involved with it, in a certain way.

Gorin: With regard to us, for three years now one of the principal difficulties has been making people aware of the reality of a two-man way of working. For pretty obvious reasons, cinematographic practice, because it’s the most overtly socialised form of artistic practice, has become the last refuge of all the idealistic banalities about “the pomp and circumstance of creation”. It’s normal to take off from the time where we started working together on the level of mise en scène, to take off from the time we placed this work under the “patronage” (sic) of Dziga Vertov — they only wanted to see in our attempt, at worst, the Rimbaldian suicide of a great creator (see Michel Cournot’s article, in ’70, in L’Observateur), and, at best, a “tandem” (see Michel Vianey’s article, in ’72, in L’Observateur).

Okay, actually, it was a little simpler. We started asking ourselves the question of history and of the function of images and of the specific attentions we “spontaneously” employed. We started to interrogate cinema “historically”, better to make images and sounds corresponding directly to our history.

Politique Hebdo: Jean-Luc, how did meeting Jean-Pierre bring about the “break” you spoke of…?

Godard: What I did for 15 years in movies allowed a guy by the name of Gorin, at a point in which his process of radicalisation was taking place, to pass through the cinema into something else instead. He could only go to one place where there was already a possibility of breakthrough or of a dialogue. As he wanted to make films of such a new sort that he could only benefit from what I had already done. In the same way a savant (if we go back to the scientific history that interests us so much) discovers in certain works by another savant what the latter, living in a given time, hadn’t been able to put to use. For example, Lavoisier was able to exploit Priestley’s discoveries in chemistry, which the latter didn’t know how to put to use himself. Only Lavoisier, on these bases, was able to establish new concepts. Some of my old films allowed Gorin to draw conclusions that I was unable to draw myself. And so a new unit was formed.

Gorin: Our meeting isn’t that of Claudel or André Frossard with God, nor J.-J. S.-S. [Jean-Jacques Servan-Schreiber, French journalist, politician, and co-founder of L’Express —ed.] with Jeanne la Lorraine [i.e., Joan of Arc —ed.]. On one hand, Jean-Luc had 15 years of practice; on the other, before we actually set out to work together, we had three years of initial contact in which we didn’t always see eye to eye. And then, finally, he realised we felt the necessity to make films together. It turned out to be effective — which is not to judge the value of what we did.

Godard: We got to know each another grosso modo at the time I was making La chinoise. I was in contact with the “Maoist” militants of the era, but given what they were and what I was, I’d been left to make my film all by myself. One of the people I met was Jean-Pierre Gorin. We’d see each other around from time to time. May [’68] happened and tightened our bond.

Politique Hebdo: Today, what lesson do you take away from your group experiment?

Godard: The thing every group has in common is it comes at a moment when there’s the desire to spread your wings. By dint of working underground, of saying that revolutions happen in culs-de-sac, you get the itch to leave the cul-de-sac. This happens by trial and error, by theorising, by recritique. There was the desire to realise that certain legitimate things we put forth, even haltingly or imperfectly in certain films, demanded too much work for such a fragmentary result. We didn’t take enough advantage of the power of the image. We didn’t always need to be present at the screenings to explain the film. When we weren’t there, it didn’t go over well! On the contrary, we needed to allow, to persuade the children we made to grow up on their own. In the beginning we wanted to take on every problem at once. Then we had to try to solve the problems one by one, taking everything from zero. A zero that changed where it was at. An historical zero.

Godard: To truly reflect on the difficulty of new distribution (new ideas distributed in a new way) requires initially passing through a stage consisting of production. Producing in a newer and more legitimate way in touch with the historical state in which we live: this leads us to better ask ourselves about the problems surrounding the best means of distribution. Earlier, militant cinema was making the poor out to be the same thing as the rich! If you look at the Vietnamese in relation to the Americans, the poor aren’t waging the same kind of war as the Americans; they’re waging a war of a different sort. Applied to cinema, this means: posing problems in a different way.

Gorin: Making films, for example, while having the courage (or the audacity) to say they’re made for only 10 people, but 10 people with whom relations of work exist. Then, able to speak better to 10 people, to try and reach a hundred… and slowly make progress in the analysis of the contradictions of the cinematographic system. Our aim actually is first of all to be there where we reside, while being there differently, which is the only effective means of jamming the machine.

Being there where we reside and being there differently. What might this mean for a progressive filmmaker? Maybe finally stopping letting yourself go to the ends of bad faith, to no longer lull yourself with remarks like: “The repression I endure is pretty measly compared to that of other classes,” to think, just for a second, about the repression these same classes are made to endure, these same classes one pretends to struggle on the behalf of while not disclosing the price of the transactions by which films are made and who (the exhibitors, the distributors, the star or stars, the producers) dictate them in actuality.