The fear of growing up is brought into sharp focus in this poignant and funny tale of female friendship. 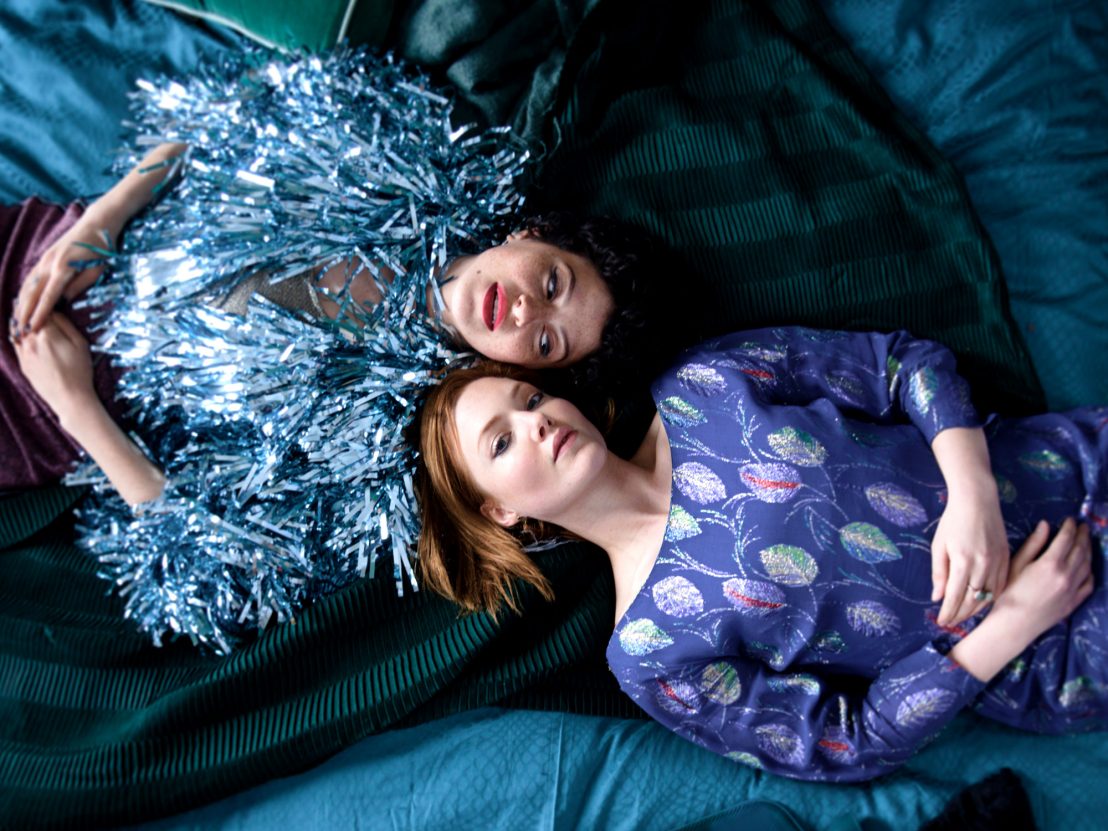 Apparently, Millennials are defined by their reluctance to ‘grow up’. Sophie Hyde’s Animals, adapted from Emma Jane Unsworth’s eponymous 2014 novel, challenges this divisive stereotype head on. Chronicling the lives of best friends Laura (Holliday Grainger) and Tyler (Alia Shawkat), the film is a poignant reflection on a generation’s delayed transition into adulthood, as well as the inherent conflicts of modern feminism and the coming-of-age narrative itself.

When do we really become ‘adults’? At 18. Or is it 21? Thirty? While Animals initially appears to glamorise youthful, freewheeling hedonism, it ultimately becomes a dark study of choosing to live only in the present. The film offers a gritty, unfiltered look at the perilous pursuits of pleasure and bodily abandon. In its own way, it is a feminist subversion of the romantic comedy; almost an anti-chick flick.

Above all, Animals presents a refreshing counter-narrative to every clichéd portrayal of young people clambering up the ladder of so-called ‘success’ – be it through their professional careers or personal relationships. One of the film’s most resounding messages is: why do we have to take life so seriously?

Living in a joyous yet sexless “friends-marriage”, Laura and Tyler are emotionally and financially co-dependent. They share a love of wine, the poetry of WB Yeats, and an irreverence for anything that falls under the category of ‘mainstream’. Their excessive drinking only thinly veils the unease felt by Laura (brilliantly played by Grainger), who at 32 is becoming increasingly anxious about life, brought on in part by the expectations and judgement of her family and pregnant sister.

Still in her twenties, Tyler is yet to experience those same pressures. She is adamant that she will never succumb to the deadly-boring “silence of the suburbs”. The intimacy of these two women seems airtight, that is until Jim (Fra Free), an ambitious, dreamy pianist with hair like a Romantic poet, arrives on the scene.

Laura’s reluctance to embrace adulthood is reflected by her novel-in-progress. We learn that, although she has been developing the idea for a decade, she has written no more than 10 pages. Drinking has become a form of procrastination, a mechanism to hide the fact that she has lost motivation and focus. Her lack of confidence in comparison to Jim’s ostensible self-assuredness is perhaps testament to their respective genders. Feeling like an imposter when she refers to herself as a ‘writer’, Laura drinks to swallow down her own feelings of inadequacy. 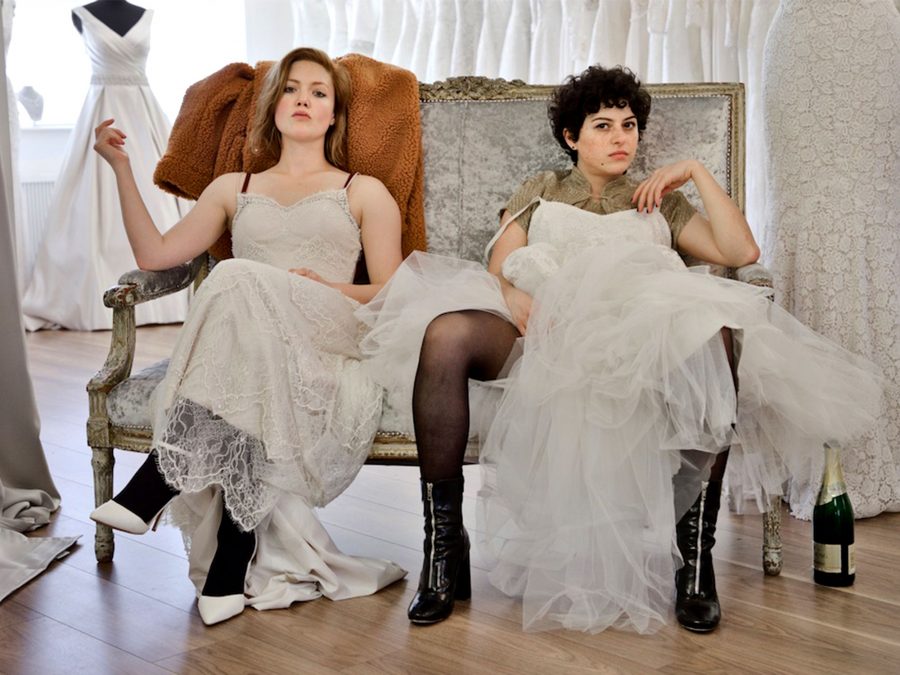 Reinforcing the mythologised image of the writer passively waiting for inspiration (as opposed to actively and consistently working hard), Tyler serves as a distracting enabler. She leads her friend astray, perhaps so that she can justify her own current state of bohemian malaise, which is supplemented by her wealthy, estranged family in America. Viewing Jim as a threat to her relationship with Laura, Tyler says she distrusts him because he wears the “the shoes of an undertaker.”

But Tyler’s complex character also reflects aspects of contemporary feminism (“My feminism is about blazing a way through old traditions,” she says). Her disdain for the institution of marriage is mirrored by an increasing proportion of today’s female population. On the other hand, women like Laura are made to feel as if they are guilty feminists when they fully embrace the tradition and security of marriage.

Laura represents a certain kind of flawed yet relatable female protagonist, most recently popularised by Phoebe Waller-Bridge in Fleabag. These women are typically white, well-educated, middle-class and tainted by a melancholic narcissism and a touch of cynicism. The decision to set the film in Dublin instead of Manchester (as it is in the book) was primarily due to funding issues, but can in this context also be seen as a way of distancing the film from the thorny issue of the British class system.

Although Animals addresses some of the difficulties of ‘adulting’ honestly and with a degree of pathos, we are left wondering to what extent is authentically representative of Millennials (possibly because Unsworth does not belong to this generation and wrote something partially inspired by her experiences). Laura only belatedly begins to worry about her future, whereas Tyler doesn’t think about it at all. In reality, young people today are acutely aware of the future and notions of ‘success’, a message that is repeatedly disseminated through online culture.

It has been reported that Millennials are not only shunning alcohol and recreational drugs as a way to prepare for adulthood, but are less likely to be sexually promiscuous. They appear to care too much about working hard in their twenties, focusing on curating their digital presence rather than seizing the moment for the sheer thrill of it, as the spontaneous Tyler and Laura do. The film omits these truths, though Jim (Laura’s fiancé) symbolises the normalisation of teetotalism.

Nevertheless, Animals is by turns an entertaining ode to rebelling against what is expected of us and a reassuring reminder that adulthood doesn’t necessarily equate to monotonous conformity beyond the age of 30. The truth is, despite growing up, our most primal urges never leave us. 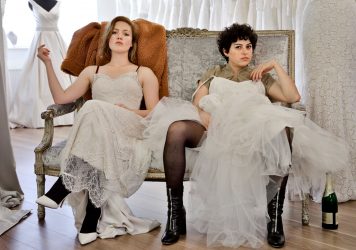 Holliday Grainger and Alia Shawkat star in this well-observed portrait of female friendship from Sophie Hyde. 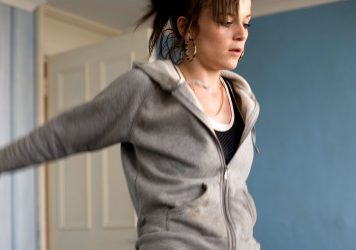 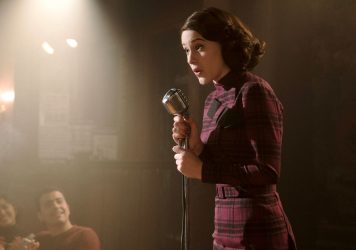 In defence of funny women

Female-driven comedies such as The Marvellous Mrs Maisel and Funny Cow are challenging archaic notions about women on screen.