The first teaser trailer for Ava DuVernay’s A Wrinkle in Time was launched at Disney’s D23 event this weekend, and it signals a change in direction for the acclaimed American filmmaker, who previously brought us Selma and 13th. This new one is a child-friendly fantasy adventure co-written by Frozen’s Jennifer Lee from Madeleine L’Engle’s classic children’s novel from 1962.

The film follows Meg (Storm Reid), her five-year-old boy genius brother, Charles (Deric McCabe), and school friend Calvin (Levi Miller). The group’s journey to find and rescue Meg and Charles’ scientist father (Chris Pine) will take them across time and space, pitting them up against an incredible planet ruling force known as The Black Thing.

The trailer boasts wonderful visuals that reminds us of Brad Bird’s Tomorrowland and is accompanied by a large cast of sparkly costumed characters including Gugu Mbatha-Raw as Dr Murry, Reese Witherspoon as Mrs Whatsit, Michael Peña as Red, Zach Galifianakis as The Happy Medium and Oprah Winfrey as Mrs Which.

To top it off, a scene that’s definitely more terrifying than it should be, with shades of Bryan Forbes’ 1975 sci-fi horror The Stepford Wives, suggests there’ll be plenty here for older viewers too. 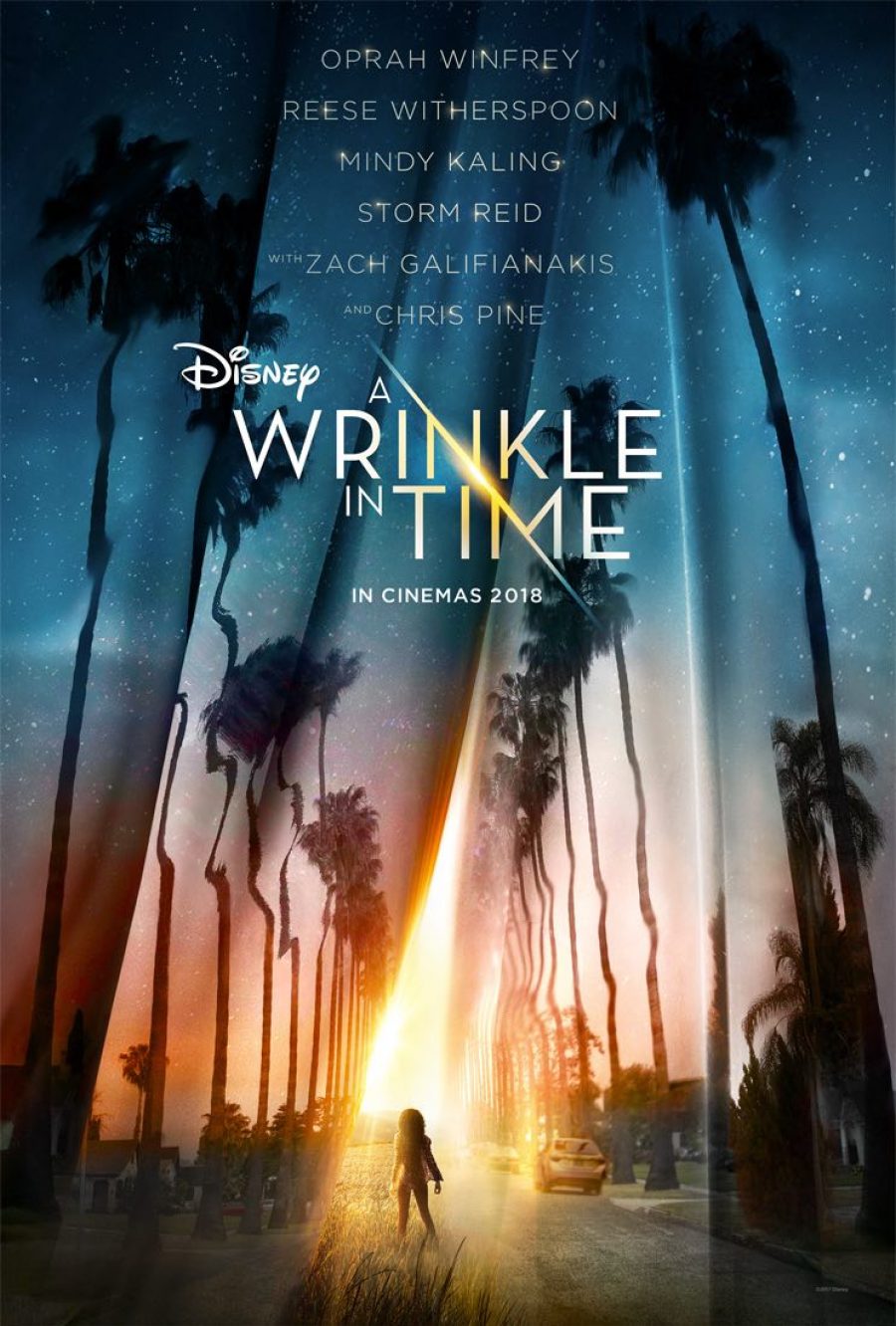