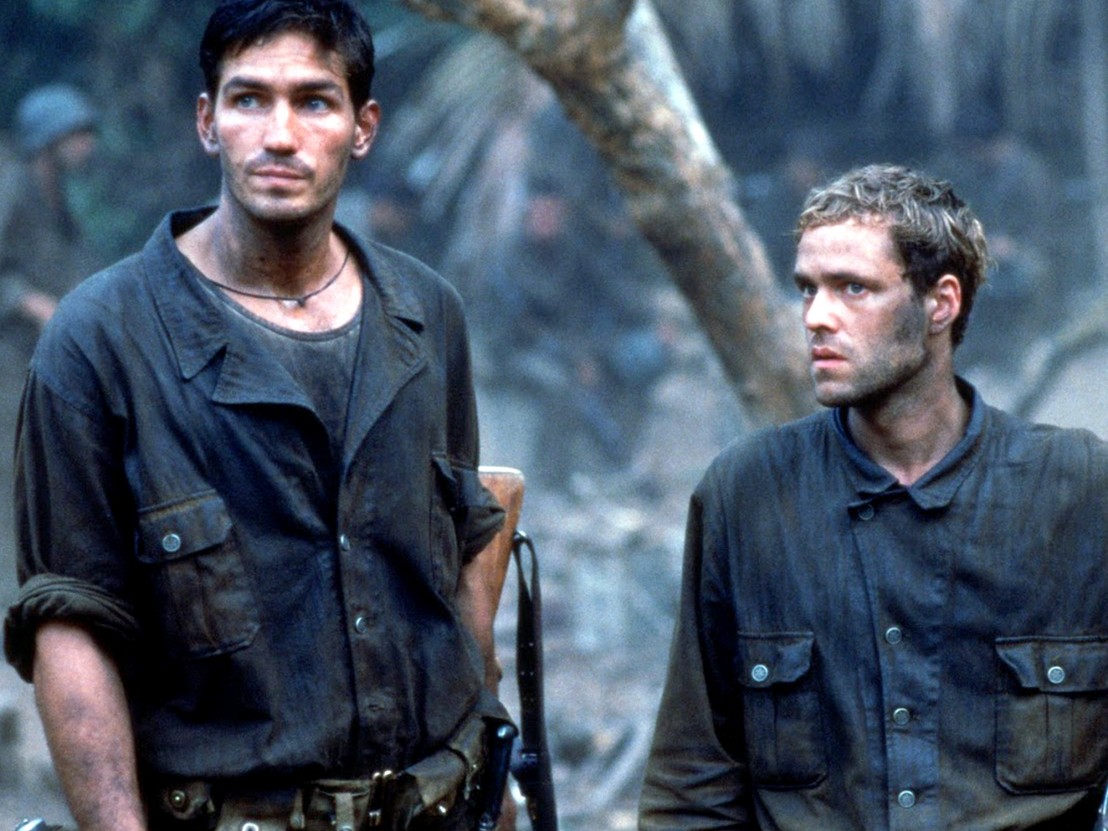 While watching The Revenant, our mind was free-associating like mad. Even though this operatic survival picture is very much its own thing, we couldn’t help but draw all kinds of links with movies that it resembled in some strange way or another. Here are 10 films to check out before braving Alejandro González Iñárritu’s bruising epic.

Werner Herzog’s voyage into the heart of darkness sees Klaus Kinski’s mad-eyed officer usurp a mission down the Amazon river in search of El Dorado. The film’s depiction of the brutal clash between man and nature is something that Herzog returned to over and over, that essential incompatibility remaining at the core of his project. And as a movie that’s about sheer force of will and men choosing not to accept the limits of their physical being, it’s makes for the ultimate pre-Revenant aperitif.

Terrence Malick had not yet begun his collaboration with cinematographer Emmanuel “Chivo” Lubezki – who once more whisks his visual alchemy in The Revenant – but his work with John Toll on 1998’s The Thin Red Line anticipates his shift into impressionistic splendour. The way the camera moves across the landscape, embedding itself along with the human characters, recalls the manner in which Malick plants the viewer on the verdant hillsides of Guadalcanal island during World War Two.

This is a film which is not afraid of getting its hands dirty. Or its arms, legs, face… the whole body to be honest. The all-consuming filth on show in Aleksei German’s overwhelming, sense-battering swan song has been recreated (to an extent) in The Revenant, with seldom a moment that a character isn’t lunging into a bog, getting splattered in mud, falling into a steam of forced to hole up in a dank cave. You watch this movie and think, there’s no way that’s CG distressing or brown make-up. That’s the real deal.

At its core, The Revenant is a down-home revenge movie, seeing Leonardo DiCaprio’s Hugh Glass going to the most extreme lengths imaginable – defying nature, in fact – to make another man pay for his manifold sins. Though a movie like Quentin Tarantino’s Kill Bill saga captures the mechanics of revenge in a variety of novel, cine-literate ways, Park Chan-wook’s 2003 film offers a baroque precursor to Iñárritu’s gruelling epic. But where the head-wound of choice here is the scalping, Park’s film gives us blunt force trauma to the skull. With hammers.

5. The Wolf of Wall Street

Where Hugh Glass is a character who has to claw his way up from below zero to attain his just deserts, The Wolf of Wall Street’s Jordan Belfort lives a luxurious life of plenty. Beyond the fact that both characters are played by Leonardo DiCaprio, there are scenes in each film which are near identical in execution and narrative purpose. In WoWS, it’s the moment where Belfort ingests a batch of double-strength quaaludes and loses all control of his motor functions, reducing him to a flapping mulch of limbs and gurning facial expressions. The mirroring sequence in The Revenant is not played for laughs, but when you see it, you’ll see the link straight away.

The scene in Steven Spielberg’s Jurassic Park where the T-Rex breaks free from its de-electrified pen and starts its scavenger hunt for human prey is one of those seminal moments which, when you first saw it, the likelihood is you were sat they preying for it to be over. Nincompoop bloggers have have started a rumour that The Revenant contains a scene in which DiCaprio’s character is “raped” by a grizzly bear. By all means take this knowledge in with you and attempt to test it as a theory, but it won’t shield you from the sheer prolonged horror of seeing a human being slashed to ribbons.

For his 1976 film Meat, master documentary filmmaker Frederick Wiseman headed to the Monfort Meat Packing Company in Greeley, Colorado to train his camera on a variety of animal species being torn to pieces with all manner of industrial devices. It’s fair to say that the sight of splayed entrails and innards will have to be more than just acceptable to the potential viewer of The Revenant. 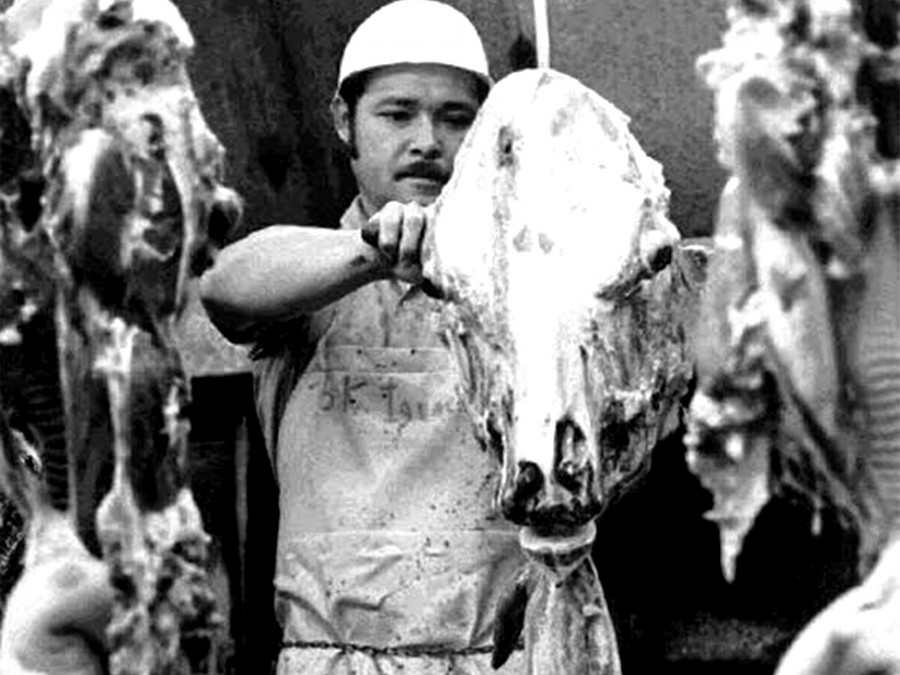 We’ve thrown John Landis’ Dickensian share trading comedy into the mix on two fronts: first, as an example of a long-game revenge mission which involves risking life and limb for success. And second, as a film in which a character is seen gnawing on a raw fish. At a low ebb, Dan Aykroyd’s Louis Winthorpe III dons a soiled Santa costume and breaks into a party being hosted by his former paymasters, the Duke brothers. Deciding not to kill anyone with the revolver he’s packing, he instead hoards an giant batch smoked salmon in his slacks, chewing on it with obscene relish while sat on a bus.

Tom Greene’s Freddy Got Fingered is what the cool kids of film criticism call a “film maudit” – despised as a team sport when it was released, but with the gift of hindsight, a true, subversive one-off. Written, directed by and starring the erstwhile comic and chat-show host, it sees a wannabe cartoonist heading off on a voyage of self-discovery which takes in homemade skate-ramps, impersonating a midwife, comedy child abuse, and at one point, Green enveloping himself within the corpse of a deer. Now, we’re not saying that Alejandro González Iñárritu is a Freddy Got Fingered fan, but…

We associate the classic western with arid planes, blistering heat and panoramic blue skies, but Andre de Toth’s 1959 film is one of the great cinematic inversions of this ideal. Much like The Revenant, we see archetypal western characters having to contend with nature at its most unforgiving, as seen here in the desolate burg of Bitters, Wyoming. Robert Ryan plays scowling hardman Blaise out to get one over on a band of bank robbers taking refuge in town, and director de Toth is sure to place their violent dispute against a gaping abyss of pearly white snow.

The Revenant is released 15 January. Read our review. 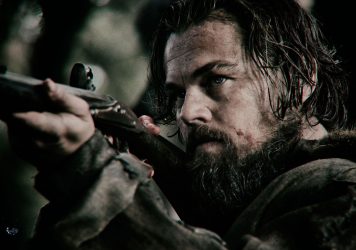 Watch the brutal new trailer for The Revenant