You Are Not My Mother 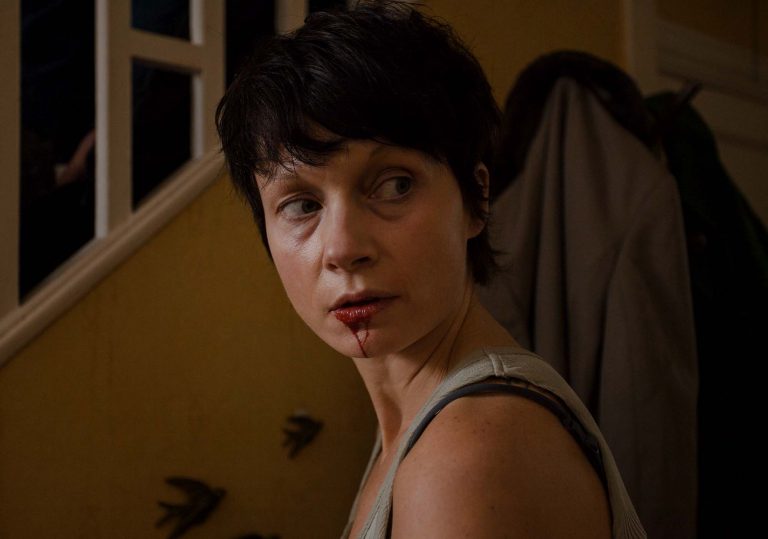 You Are Not My Mother opens with a cul de sac at night, and at the end of it, all alone in the middle of the road, a baby gurgling in a buggy under a single street lamp. Shot wide to emphasise the baby’s complete isolation, it is an alarming image of neglect. Yet there are people on the outer fringes of this picture – as the camera gets closer, we see two women out of focus in the background apparently engaged in an altercation, and then one of them limps up and pushes the buggy into the woods.

Following hand-drawn instructions from a book, she traces a circle around the baby seated in the dirt, and lights a fire all about it – and the film’s accusatory title appears, underscoring the horrific treatment that this baby is having to endure.

It will turn out that the limping woman was indeed not the protagonist’s mother, but her grandmother Rita (Ingrid Craigie). Now, that baby has grown up into teenaged, facially scarred Char (Hazel Doupe) – bright and resourceful, and getting excellent grades at school, but also friendless, and having to cope with a troubled home life. Granny Rita, though loving, is invalid, and Rita’s daughter – Char’s mother Angela (Carolyn Bracken) – is so depressed and distracted that she has become an absence in her own house, barely ever managing to get out of bed.

“I don’t think I can do this anymore,” Angela tells Char on a rare outing – shortly thereafter she disappears entirely, leaving her car with its door wide open in the middle of a field. The police come over, as does Angela’s brother Aaron (Paul Reid) – and then, without warning or explanation, Angela reappears.

Now on a cocktail of medications for her psychiatric disorders, Angela seems genuinely to have improved – cooking, dressing brightly and dancing. Yet as Samhain approaches – “a time”, as the guide (Madi O’Carroll) on a school excursion puts it, “when the vale between our world and the other world was at its thinnest, allowing spirits to pass through” – Char starts to wonder if this changed woman who has returned to the house is her mother at all.

Certainly Granny Rita, who fashions protective charms from local flora, is convinced that something otherworldly has invaded their home, posing a threat to all. Meanwhile Char’s sympathetic new schoolfriend Suzanne (Jordanne Jones) is also having to live with mental illness and ghosts from the past.

Written and directed by Kate Dolan, You Are Not My Mother lets Loachian realism cohabit with supernatural surrealism, and leaves the viewer to decide which mode of representation gets closer to the truth of this domestic situation. For while there is clearly something very dysfunctional about the Delaney household, it remains rather less clear whether it is a malicious spirit of Celtic folklore who has infiltrated the family in an attempt to reclaim the baby it once lost, or it is mental illness (of a Hereditary variety) that afflicts this broken home. Either way, ritual and reconciliation are in order – but only after an ordeal which will change everything.

As behaviours and lore are passed down the generations in matrilineal fashion, soon Granny’s limp will be on someone else’s foot, and her healing charms in someone else’s making, in a narrative where ancient traditions stagger their way into contemporary Northern Ireland. For sometimes the only thing that will bridge the liminal space between the present and a traumatic, irrational past is the power of myth itself. Dolan ensures that such myth comes with a dark gothic edge, unnerving, insidious and uncannily ambiguous, as this clan’s internal problems find their expression in highly incendiary rites of Capgras cleansing. 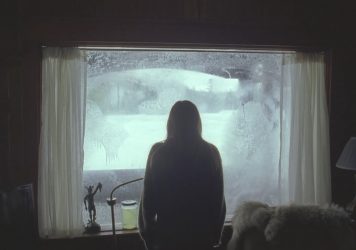 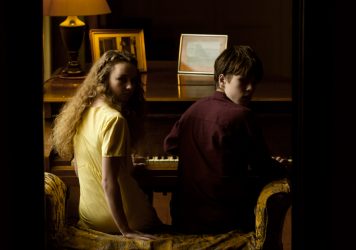 A couple pay a visit to an ex-partner and her family in Sebastian Godwin’s effective domestic horror.