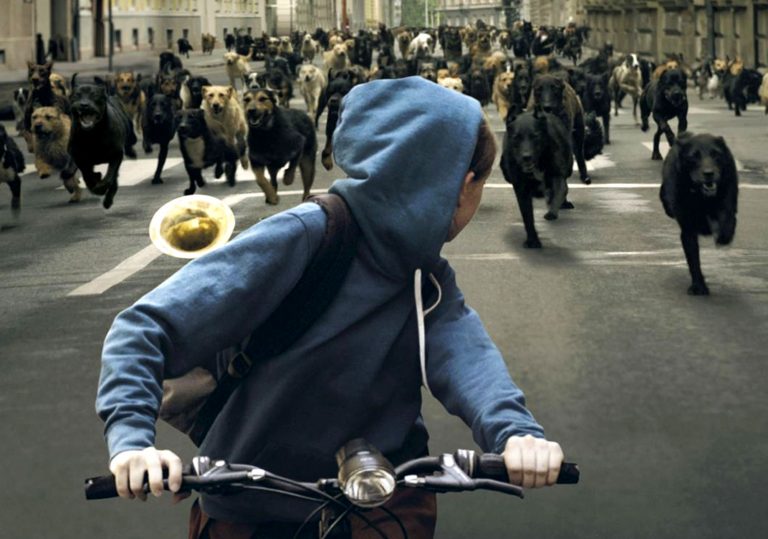 A Hungarian social realist drama about a canine apocalypse. This we have to see.

Technically impressive but gimmicky to a fault.

Presumably titled ‘White God’ because ‘White Dog’ was already taken, Hungarian director Kornél Mundruczó’s high concept stunt drama, which took home the Un Certain Regard prize (its Palme Dog coup was far more deserved) at last year’s Cannes Film Festival, is essentially Spartacus reimagined with a canine cast. Indeed, the film features no less than 274 hounds, who tear about the streets of modern-day Budapest wreaking havoc on the unsuspecting masters who have beaten, caged and trained them to fight for sport in seedy backstreet arenas.

Only 13-year-old trumpet-player Lili (Zsófia Psotta), it seems, is on the side of our poochy protagonists. When her beloved crossbreed Hagen gets booted out by her mean-spirited pa for no apparent reason when she goes to stay with him, Lili is determined to track down her best friend before he ends up like so many of the city’s strays. Little does she know that Hagen’s fate already appears to be sealed having been picked up by a local dog shelter where he’s next in line to take the Long Sleep. But Hagen has other ideas. In an exhilarating sequence he breaks free and mobilises a small army of neglected mutts, an event the local authorities are inexplicably ill-equipped to deal with.

This is a unique premise executed with gusto by Mundruczó and his team — special mention to the dog handlers and trainers who helped orchestrate this strange spectacle, not to mention DoP Marcell Rév for the visceral dog’s-eye-view camerawork. Yet while White God works as a parable for our times — where economic inequality has widened the gap between the rich and poor — its novelty value dilutes its core message. This is an entertaining, technically accomplished work, but unlike the 1982 Samuel Fuller race-relations thriller which the title references, its set-up ultimately proves distracting.

A Hungarian social realist drama about a canine apocalypse. This we have to see.

Technically impressive but gimmicky to a fault. 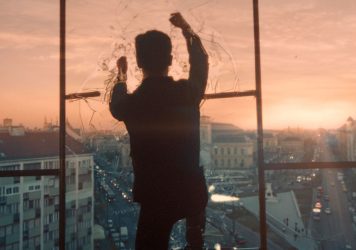