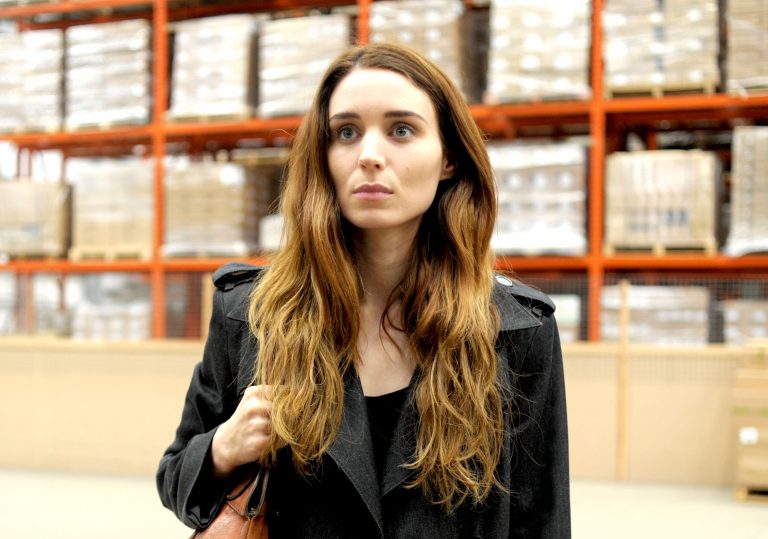 Mara and Mendelsohn plus Harrower’s play promise something explosive.

Tense and challenging, but only fitfully engaging.

If only it didn’t show all its cards so early...

Una was groomed by her next door neighbour Ray as a young teenager before being whisked off to a seaside motel room on an ‘adventure’ and then being abandoned. As Una, Rooney Mara is brittle, confrontational and hidden behind a curtain of dark hair. She is roguishly handled by Ray (Ben Mendelsohn), having turned up to his anonymous warehouse in search of answers.

This single-location, hothouse play about being haunted by a past that will not wash away was a trap for first-time director Benedict Andrews. When transposing David Harrower’s text from the stage (known as Blackbird in that form) to the screen, he had two options, and both were riddled with risks.

The first option is to leave it as a stark, 90-minute confrontation that gradually revisits decades of pain and confusion in a sterile break room. This would have undoubtedly felt absurdly confined and possibly contrived. The second is Andrews’ eventual choice and what makes Una a film that is nauseatingly tense to witness but devoid of any kind of driving tension. He opens out the play, allowing the emotions and story to spill out of the room.

It often achieves the opposite effect to creating something more cinematic and finely drawn, that explores the wide-reaching effect Ray’s abuse has had on Una. The spaces for exploration exist, the film having expanded the cast from two to 20 (Ray’s loyal employee Scott, played by Riz Ahmed, being one of them) to manufacture some additional complications: along with flashbacks to Una’s adolescence, which often feel uncomfortably voyeuristic and needlessly expositional. But these often feel empty, as in Andrews’ hands, Una reveals all its secrets in the opening scenes, to an extent there remains little little reason to watch the following 85-or-so minutes.

In expanding the narrative into his own bounds but still retaining enough, Andrews loses the mystery of the play. The discovery of what exactly happened to Una is, in Harrower’s text, revealed through vague anecdotes and o and comments that gradually sink under the skin in a sickening realisation. “Are you allergic to me?”, asked by Una when Ray starts rubbing his eyes, is a memorable one.

As a first time director from theatre, Andrews makes the mistake of rendering the film at by relying entirely on dull medium shots, adding a slight tilt when wanting to show some contrast in the power relationship – Una’s first glimpses of Ray sees a camera tilt down to look at her as she looks over the back of the chair. But while Andrews’ visuals are unengaging, he is undeniably adept at directing Mara and Mendelsohn to generate the crucially unpredictable atmosphere of the film.

At times, it is so shockingly intense that it has the power to rip to tatters in an instant as it rattles with frayed nerves, hairline cracks that gradually expand under the pressure until they finally shatter. It’s as brittle as the metaphorical glass box Una finds herself confined in, unable to escape while Ray disappears behind a new name and a cavernous warehouse. “The only thing I didn’t lose was my name,” Una says. If you look closely, you can see the cracks beginning to form.

Mara and Mendelsohn plus Harrower’s play promise something explosive.

Tense and challenging, but only fitfully engaging.

If only it didn’t show all its cards so early...