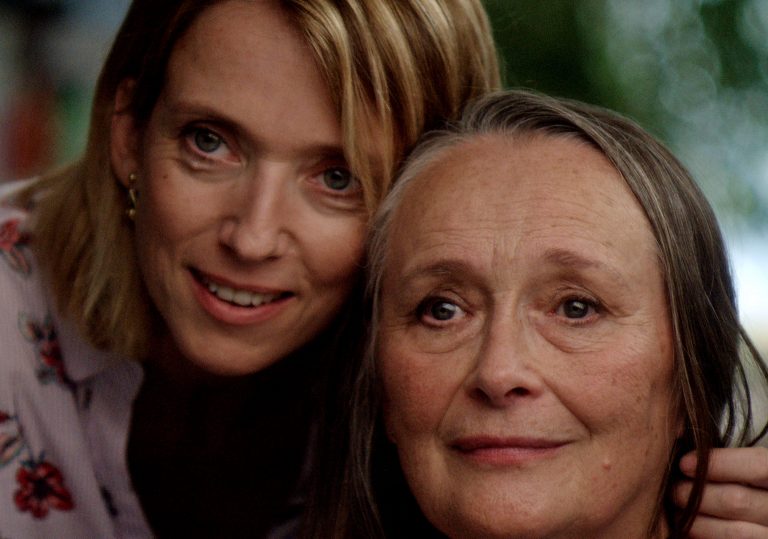 Sturdily built and hits all its emotional notes bang on. Top-tier performances too.

Maybe pales against someone like Almodóvar, but director Filippo Meneghetti is going places.

This is a film about the double-edged sword of being lovers and neighbours. In the pros column, it’s very easy to pop next door and stay as long as you like – maybe all night if so inclined. It also means you have your own private space to fall back on, allowing for some of the emotional messiness of a traditional conjugal set-up to be sidelined.

In the cons column, there’s the temptation to cloak the relationship in secrecy, which is exactly what Nina (Barbara Sukowa) and Madeline (Martine Chevallier) choose to do. They clearly relish the thrill of playing out a shadowy, private romance, as well as the performance aspect to their situation, but there’s also the fear that they could be outed at any moment.

Being of a generation that still feels the social stigma of same-sex partnerships, Madeline decides that she doesn’t want her family to know about her love affair with Nina, and so there’s a level of craftiness and subtle suppression that weighs on the mechanics of their relationship.

It’s an intriguing set-up which suggests a light, theatrical farce with lots of comic misunderstandings, grimaces and slammed doors. And it is like that initially, as the central twosome trade affectionate barbs with one another and bicker about the possibility of moving house during their advanced years. Madeline’s modern outlook on sex and relationships is undercut by a sense of paranoia that her children might be offended that this secret has been kept from them for so long.

Debut feature director Filippo Meneghetti keeps things very simple and largely rides on the tails of his effortlessly charming central performers. There’s a romantic detachment to the way he films – it’s not played as full-blown social realism, anchored more in the lightly stylised Sirkian melodramas of the 1950s or, more recently, the films of Pedro Almodóvar.

There’s a precision to the craft that works to enhance the material, almost imbuing it with a fairy tale quality. And for that matter, at the film’s midpoint, when it’s looking like we’re heading to a big, happy revelation about love conquering regressive social attitudes, the film takes a sharp left turn and all the anxieties felt by the characters until that point suddenly seem trifling.

What begins as a film about the worry of keeping up appearances becomes a lament to those who, for whatever reason, are unable to embrace their desires to the fullest. As the dynamic of the relationship suddenly alters, the more enlightened and liberal Nina has her work cut out for her, and she tries desperately to find a way to preserve this deep love while at the same time remaining respectful of her beloved Madeline.

There are moments where the film does err on the side of the sentimental, and some of the side characters – Madeline’s daughter, a hospital carer – feel a little but one-note. But it’s easily forgivable as Meneghett is clearly working in the register of the out-and-out tearjerker, and he most definitely succeeds on those terms. All that’s left to do is start the countdown for the inevitable Hollywood remake.

Tags: Filippo Meneghetti Two of Us

Sturdily built and hits all its emotional notes bang on. Top-tier performances too.

Maybe pales against someone like Almodóvar, but director Filippo Meneghetti is going places. 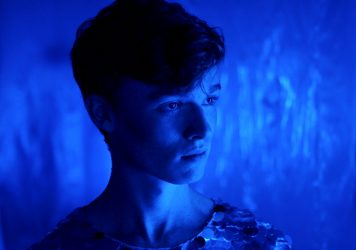 Sequin in a Blue Room

There’s a touch of Gregg Araki about this formally ambitious LGBT+ drama about sex in the digital age.