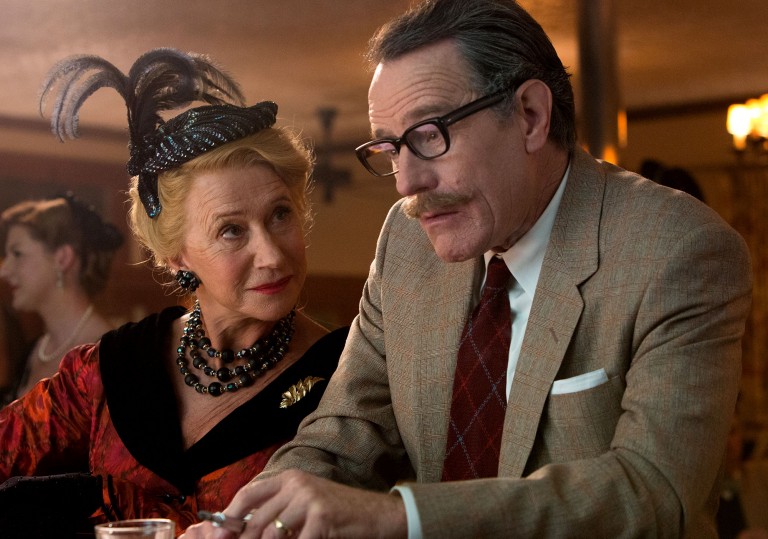 Fast, funny, if a little flimsy.

With Cranston this good, all else fades into the background.

Hollywood in 1947 was, to paraphrase Dickens, the best of times and the worst of times. The American movie business was deep into its golden age, production was bountiful and cinema attendance was hitting record levels before television began to take its piece of the pie. Perhaps a victim of its success, the film industry stumbled into the sights of the House Un-American Activities Committee’s quest to root out communists. Hollywood became a vipers’ nest, gripped by suspicion and home to an army of backstabbers.

Director Jay Roach (maker of the Austin Powers trilogy and Meet the Parents) takes on this subject with energetic irreverence. Adapted from a biography by Bruce Cook, he spins the story of Dalton Trumbo, the highest paid screenwriter in the business before his crashing fall from favour. A fully paid up member of the Communist Party, he was one of the Hollywood Ten, blacklisted for refusing to co-operate with the committee’s witch hunts. Bryan Cranston plays Trumbo like a dog with a bone as we meet a man of cheering rebelliousness and apparent irrepressibility. His ordeal will, nevertheless, bring him perilously close to his knees.

The bright, upbeat telling of this tale has a defiance of its own, but whereas the more solemn approach of George Clooney’s Good Night, and Good Luck. focused on broadcast journalism’s tangle with McCarthyism in the ’50s and was able to draw out the sadness of such persecutions, Roach seems more comfortable with spiky comedy than, say, the agony of Trumbo’s imprisonment. And he rarely gets to grips with the scale of the injustice. Plus John McNamara’s script lacks the bite and snap of his subject’s own work, even though it manages a reasonable approximation when he serves up the vicious verbal exchanges between some of Hollywood’s most powerful players.

Trumbo paints a colourful if somewhat caricatured picture of Tinseltown. Helen Mirren plays gossip queen Hedda Hopper like a poisonous panto dame, while John Wayne’s screen heroism is turned on its head as he’s revealed as a behind-the-scenes bully. The don’t-give-a-shit attitude of Coens-esque B-picture producers the King brothers – who become Trumbo’s partners-in-crime – are hilariously realised by John Goodman and Stephen Root.

Elsewhere, Christian Berkel’s portrayal of the bullish Otto Preminger is similarly rib-tickling and Dean O’Gorman makes a very convincing Kirk Douglas. But, discounting Trumbo himself, Louis CK’s ailing writer Arlen Hird and Michael Stuhlbarg’s Edward G Robinson are the only other characters given any real depth, with the latter turning on his friends to save his flagging career.

Cranston justifies the film’s focus in commanding style. His role showcases both an aptitude for comedy and seasoned dramatic chops. We see Trumbo transform from champagne socialist to courageous defender of free speech, and from ignominious inmate to obstinate workaholic as he claws back his success, penning the screenplays for Roman Holiday and Spartacus as his domestic idyll falters. The actor’s sublime, multi-faceted performance is the film’s heart and soul, and reason enough to see this accessible, undeniably entertaining story behind a scandal.

Fast, funny, if a little flimsy.

With Cranston this good, all else fades into the background.