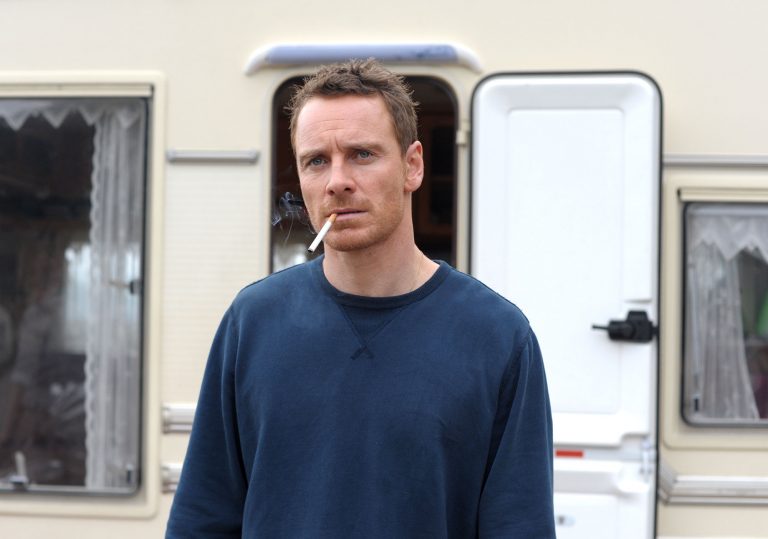 They don’t let us down. The film around them sometimes does.

“Nobody is going to tell me that I come from the ass of an ape, or your granddaddy was a fish.” So says Colby (Brendan Gleeson) in Trespass Against Us, and while you might take issue with this point of view, Colby is not a man you’d want to tangle with over matters as trivial as the origin of the species.

Colby is the patriarch of the Cutler clan, a family of travellers that has made its home on a rubbish-strewn corner of Gloucestershire’s green fields. Clad in a black tracksuit and usually found slumped in an old armchair, surveying his surroundings with a suspicious glare, Colby is a quietly dominant presence, occasionally rousing himself to dispatch his offspring on lucrative ram-raiding heists across the county.

This is a plum role for Gleeson with the actor’s garrulous affability slipping easily into steely menace, never more so than in a police interview where he taunts the ‘gavvers’ with a meandering, nonsensical story about a goat. It’s easy to see how he maintains such control over his family, even his eldest and smartest son Chad (a touchingly vulnerable Michael Fassbender), whose desire for a more stable life for his wife and child is the narrative’s driving force.

While it’s hard to initially get over the cognitive dissonance of seeing these two Irish actors being saddled with broad west country accents, the sturdy, charismatic performances that they deliver provide a crucial anchor for a movie that frequently threatens to veer off the road. 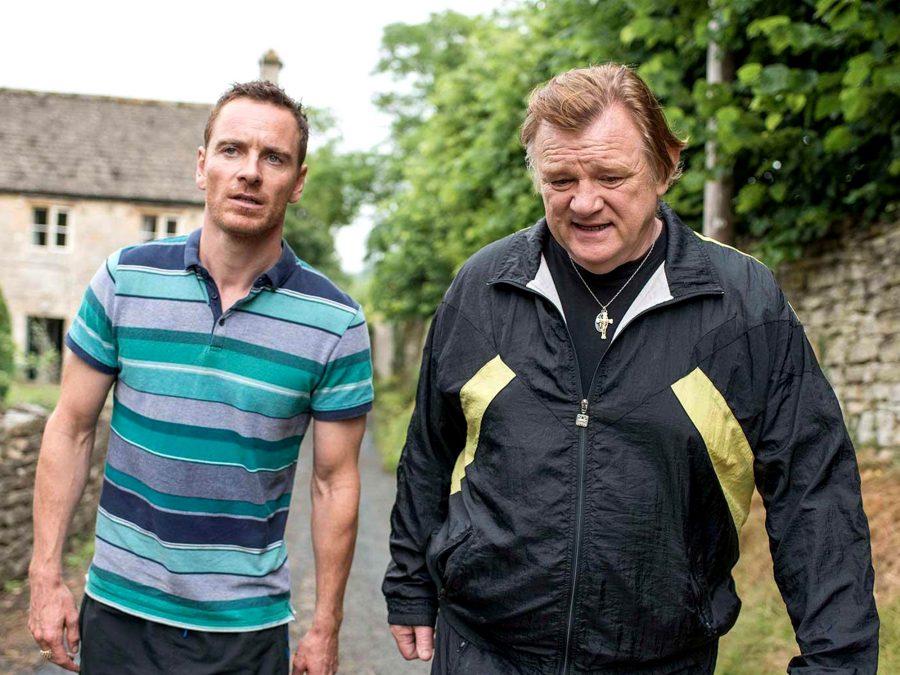 Trespass Against Us marks the feature debut for both screenwriter Alastair Siddons and director Adam Smith, and their inexperience sometimes tells in the film’s rickety structure and jarring tonal shifts. Their grip on the characters’ motivation is murky at best and they rarely exhibit the confidence of filmmakers who have a clear sense of where their story is going, which is perhaps how they ended up with such a confoundingly misjudged ending.

There’s also the presence of Sean Harris to contend with. The actor’s performance here, as a feral halfwit named Gordon Bennett who likes blowing things up, is more mannerisms than man, and he cuts a rather ridiculous figure in the otherwise realistically drawn milieu.

Fortunately that milieu is evocative enough to compensate for such distractions, and while Trespass Against Us may be a familiar crime family saga at heart, the very fact that it takes place within a community we’re not used to spending time with in cinema is enough to make it feel distinctive and fresh. The use of vernacular dialogue and the sense of intimacy that’s evident in the Cutlers’ home helps immerse us in their world, and it might even get some viewers on the family’s side in their running battle with the police (personified here by an exasperated Rory Kinnear).

Trespass Against Us may be something of a confused curiosity, but whatever you say about the film’s various virtues and flaws, it’s certainly never boring, and it even boasts moments of unique brilliance. After all, when was the last time you saw a high-speed police chase interrupted by the protagonist’s burning desire to buy a packet of fags and some Maltesers?

They don’t let us down. The film around them sometimes does. 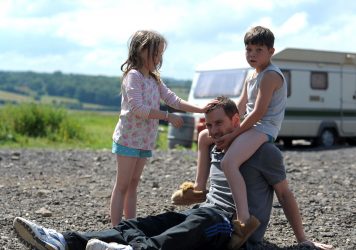 How Trespass Against Us changed my perception of travellers