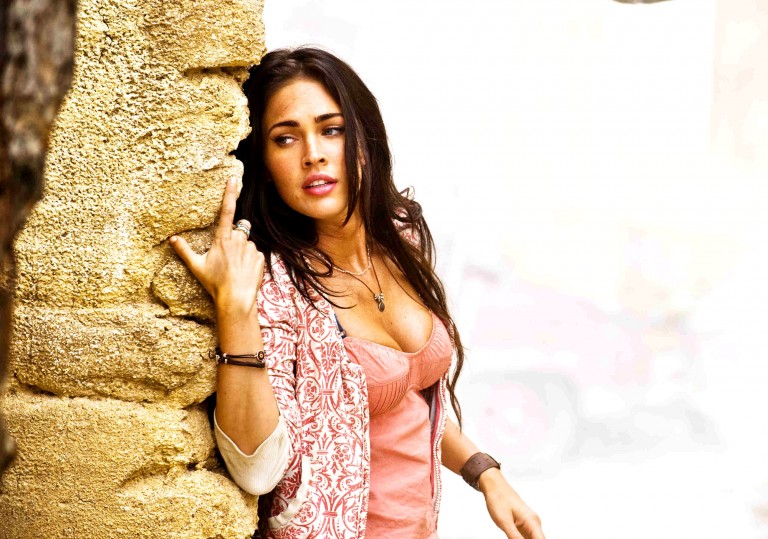 Bay is back, approach with caution.

Bay is yet to transform into a competent filmmaker.

After Iron Man, here comes another film that projects a fantasy of unfettered American power in the Middle East. This time it’s Jordan, where an aircraft carrier unloads a cargo of tanks and soldiers, and the smiling locals let people through checkpoints because they love that Nu Yoik accent. When did the blockbuster become a form of social therapy?

Taken (tentatively) on its own terms, Transformers: Revenge of the Fallen probably represents some sort of masterpiece. It’s a frenzy of sound and fury that takes Michael Bay’s frame-fucking ‘vision’ to its final, eye-boggling extreme. There are times when the screen is so overwhelmed with kinetic, adolescent energy that the effect is a kind of Zen moment of assaulted transcendence. But when the spectacle wears off, it’s a long, long fall back down to earth.

Sam Witwicky (Shia LaBeouf) is all grown up. He’s about to head for college, leaving a 40-foot high metal alien in his toolshed, and a smoking hot girlfriend in her garage where, apparently, her favoured way of fixing motorbikes is to dry hump the shit out of them until they splutter into life. And honestly, in those hotpants, you wouldn’t bet against it working.

But things go awry when Sam starts freaking out in the middle of an astronomy class. He’s seeing weird alien signs in front of his eyes, and he’s being stalked by a suspiciously attractive dead-eyed fembot. Meanwhile, the US military’s top secret Special Ops team (you know, the one with the other giant transforming aliens) is coming under pressure from an increasing amount of enemy activity, and increasing scrutiny from those meddlesome bean-counters in the US government. Shit is about to hit the fan. Big time.

It turns out that there’s a kind of proto-race of Transformers called the Primes. Like Optimus, kind of. But maybe not exactly. These Primes used to travel around the universe blowing up suns to power their transforming batteries (and you thought humans weren’t eco-friendly), but only if the planets near that sun weren’t inhabited. So that’s okay.

Anyway, one of these Primes decided he didn’t like humans and wanted to blow up our sun, but the other Primes defeated him, after which point he was forever known as ‘The Fallen’. He… Actually, let’s face it, it really doesn’t matter. Bottom line: this Fallen motherfucker is back in town and somebody needs to kick his ass, like, pronto.

And so we enter a world in which the ironic riches of Team America never happened. Where Paris and the pyramids can be chalked up as an acceptable degree of collateral damage. Where the rules of logic can be cast aside because they don’t look good on screen.

And where Michael Bay can indulge every juvenile fantasy his mind can conceive. This is the supersized Bay Experience: the leering, lascivious camera that eats up Megan Fox; the palette of burning gold and sun-drenched bronze skin; the low-slung pirouettes; the slo-mo; the hyperactive cuts; the run ‘n’ gun combat.

And at times it works. This Transformers is, at its best, a tamer beast than the original. Though it starts with a similarly high-pitched opening that is, literally, impossible to follow with the naked eye, it calms down after that. There are three or four arresting action scenes, and one or two brilliant ones. Not least in a grand finale that sees a jaw-dropping number of Transformers going toe-to-toe in a clearly choreographed battle royale that has as good a sense of pace and geography as Bay will ever conjure.

The special effects are sensational, even though the character design remains atrocious. But however blinding the film’s bright spots, there’s simply no getting past Bay’s reductive disinterest in the mechanics of filmmaking. Indeed, in one cheeky scene, he makes it clear exactly what he thinks of all those brainiacs who complain about how, well, fucking stupid his films are by blowing the shit out of a library.

But the point remains: Bay is an awful storyteller who’ll sacrifice any element of logic or reason to serve the greater goal of aesthetics. The film raises all sorts of questions that it doesn’t stop to consider: why, if Transformers have been around for millennia, do they all look like late-twentieth-century model cars? Why, if they have the special new technology seen in Sam’s college, do they not make more use of it?

Why did the Decepticons not notice that an entire US battle fleet was parked above the spot where they sank Megatron? Why, if the US has a special naval doomsday gun, do they not just shoot all the bad guys with it? Why is Michael Bay such a shit director? Stuff like that.

This is also one of the most conservative films you’ll ever see. Forget the aliens, the real bad guy here is Civilian Oversight. You see, world, this is the shit that happens when you let the pussies run politics. Sure, George Bush may have let a few thousands die on his watch, but you didn’t see an alien invasion getting past US border guards back in the good old days.

Transformers is entertainment by volume. Both in terms of a decibel level that pummels you into submission, and a whopping run-time of around two-and-a-half hours. It feels like a tipping point – a kind of nirvana for the Ritalin generation. Just how louder, dumber and more expensive can cinema get? Presumably we’ll find out when Transformers 3 hits town.

Bay is back, approach with caution.

Bay is yet to transform into a competent filmmaker.