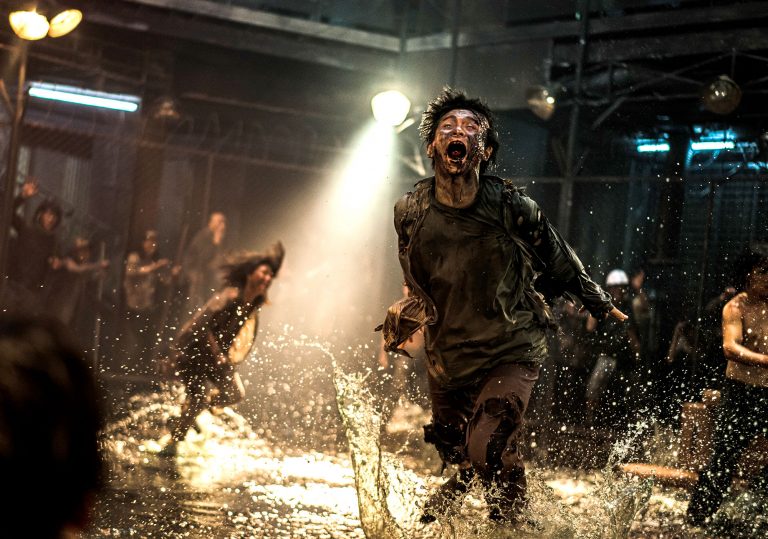 Train to Busan was the unexpected zombie smash of 2016.

If you don’t expect a Busan re-run, you should find something in this.

Yeon Sang-ho’s sequel-of-sorts to his breakout zombie hit fails to deliver the gut punch of its predecessor.

Lightning never strikes twice, and when it comes to making movies, directors often count themselves lucky if they have managed to bottle a couple of bolts. The 2016 film Train to Busan became something of a sleeper hit when audiences around the globe succumbed to its tight plotting and breathless action sequences.

A rambunctious, volatile genre blow-out, it nails the zombie tropes effectively coined by George A Romero back with Night of the Living Dead and subconsciously became a crystal ball to our current Trying Times. As tired as those words may sound, Train to Busan’s efficient skewing of class in 2016 is all too telling as the world now faces its own pandemic in 2020, with the same archetypes we follow in the movie becoming the real-life victims of COVID-19.

The success of Train to Busan has allowed the film’s director, Yeon Sang-ho, to make a second visit to the Busan universe. Yeon wishes it to be clear that Peninsula is not a direct sequel or continuation of that story, although the cloudy-eyed cavalcade of sprinting undead do make a comeback.

Peninsula instead follows Marine Captain Jung-seok (Gang Dong-won), who escaped the zombie outbreak in Korea while enduring some deep heartbreak in doing so. Four years later, finding refuge in Hong Kong, he is given the chance to return to Korea and earn a fat wedge.

This is Wages of Fear territory: a man who barely has refugee status in his new home has the chance to make serious bank if he embarks on a suicide mission. His reluctant acceptance of the deal lands him in a Korea that is now unrecognisable, in which the dangers that lie in front of him are not only the roaming undead hordes.

Peninsula’s new direction brings with it a glut of pros and cons. Sequels are usually about expansion. More of the same, but bigger. And while Yeon’s film may not be a sequel in the traditional sense, he has used this opportunity to expand his scope. No longer stuck within the confines of a train, Peninsula has a city to roam in, with Korea now appearing as a mish-mash of the dilapidated hellscapes of John Carpenter’s Escape from New York and Sony’s recent immersive “cinematic” computer game, The Last of Us Part II.

This does make for some entertaining imagery. Glass staircases are now tombs of writhing bodies. There’s a golden-hued arena for feral survivors to watch new participants of a devious event simply named “The Game”. Yeon is also allowed to shoot wider and bring in more characters, giving a real feel that the conflicts seen in the first episode were truly a microcosm of the whole nation in turmoil.

However, the film’s broader setting removes much of the intimacy which made Train to Busan as potent as it was. Peninsula merrily delivers lightweight yet entertaining set-pieces, but is bogged down by a stodgy second act. It finishes strongly, tugging on those same heartstrings that the original managed to do so well. And the film still shows a glimmer of interest in socio-political aspects. Those who are looking for that same gut-punch, however, may be disappointed.

Train to Busan was the unexpected zombie smash of 2016.

If you don’t expect a Busan re-run, you should find something in this.