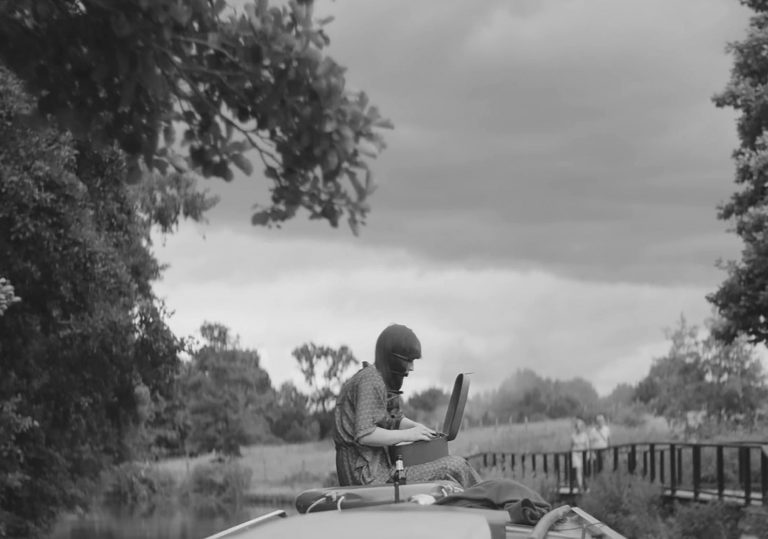 The performances on show here are phenomenal counterparts to such a backdrop.

In 1889, author Jerome K Jerome released his seminal novel, ‘Three Men in a Boat’, a breezy, melancholic account of a trip down the River Thames. Tupaq Felber’s debut feature, Tides, can be seen as a modern refit of Jerome’s book as it sees old friends reunite to discover England’s waterways. There are overlaps between the two, but there are also differences: the one prevailing mantra in both hails the importance of friendship, yet the comic misadventure and whimsy of the book is now replaced with subdued contemplation.

The overarching narrative of Tides similarly directionless. Felber has created a character study in the style of a kitchen-sink drama, which focuses on the conversations between the protagonists as they air their personal demons. In his haunting and alluring nautical voyage of emotional discovery, the writer-director inquires into the complexities of interpersonal relationships, and the bonds between individuals.

Realism is the name of the game here, which is clear from the off. Dialogue overlaps, and what initially appears clumsy is quickly revealed as an intentionally un-cinematic encapsulation of everyday conversation. This results in an improvisational feel, often for better, sometimes for worse. The exchanges between characters offer strong illustrations of companionship, indicative of a shared history and shorn of unnecessary exposition.

The flipside is that the method occasionally segues into confused arguments which are laced with lots of cosmetic cursing. The meandering nature of the dialogue occasionally causes several scenes to drag. All the characters are charged by Felber’s ability to coax unabashedly realistic performances from his actors, each of whom is left to deal with their own personal catharsis. The monochrome cinematography separates light and darkness to visually replicate their internal isolation.

The use of black-and-white manages to infiltrate a sense of unease amongst the jollity of the on-screen action. Anthony Russell and Alvin Ryan’s sprightly score is, for the most part, overbearing and obtrusive. Its presence fluctuates in regularity, and seems almost wholly unnecessary amid the ambient sound design which incorporates birdsong and water lapping at the riverbanks. A wonderful moment of hazy nonchalance employing guitar accompaniment late in the film serves as a reminder of what it could have been.

Internal struggles simmer throughout, their eventual reveal providing a well-earned and refreshingly subtle emotional release. The filmmakers intentionally avoid any kind of emotional manipulation. Tides is, at heart, a meditation on the redemptive capability of friendship, and one well worth going with.

The performances on show here are phenomenal counterparts to such a backdrop.