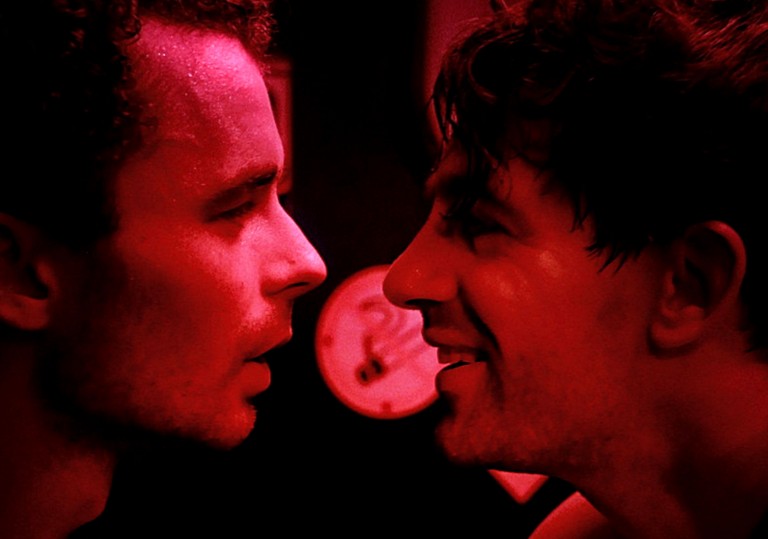 The filmmaking duo are behind some of the 21st century’s best LGBTQ-themed films.

What a great opening!

It’s downhill after the first half.

How’s this for a meet cute: two young dudes, Theo (Geoffrey Couët) and Hugo (François Nambot), lock eyes, hearts and everything else besides while wandering around a dungeon-like confines of a gay sex club called L’Impact. When they realise that love might very well be in the air, the house lights flicker on for a brief moment and a bout of intense public lovemaking begins.

It’s a wonderful opening episode, near-wordless in its execution and as dirty as it is swooningly romantic. The post-coital euphoria of riding hire bikes around the vacant Parisian suburbs at night is shattered when Theo boasts of having been so spellbound that he didn’t bother to use a condom. A nervous Hugo explains he’s HIV positive and that his new playmate should high-tail it to the nearest emergency room.

The pair’s mature, rational response to this tricky situation completely alters the tone of the film, which for a decent stretch works well as an instructive guide to the ins and outs of the healthcare system. It also confirms that they both see their relationship as being built on more than casual sex.

Alas, after this impressive first half, the film swiftly falls to pieces, with zero tension or any real sense of direction. Couët and Nambot’s loved-up cooing can only hold time for so long, and when writing-directing twosome Olivier Ducastel and Jacques Martineau usher in some adorably charming locals whose job it is to dispel ethnic and gender stereotypes, well, you might want to head for the door.

It’s a shame, because there’s such chemistry, momentum and passion to begin with, that the lacklustre closing furlongs make it come across as even more underpowered and repetitive than it is. Still, both leads give it their all, even if there’s not the material to give their performances the dramatic sustenance they deserve.

The filmmaking duo are behind some of the 21st century’s best LGBTQ-themed films.

What a great opening!

It’s downhill after the first half.