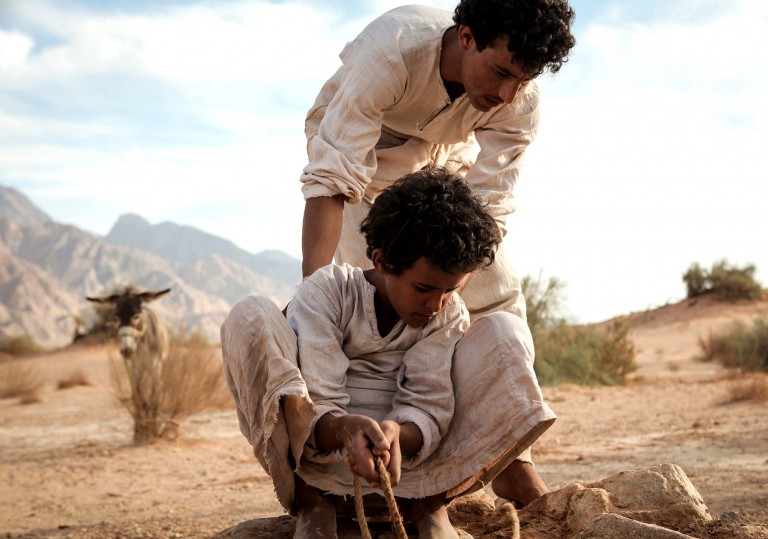 Winner of the Orizzonti Award for Best Director.

A rare film told from a subaltern perspective, which treats all its characters with respect and empathy.

A subtle and nuanced range western set in the Middle East during the late Ottoman period.

In the early 20th century, the word that many Ottoman elites used as shorthand for backwardness and lack of progress was ‘bedeviyel’. Translated, the word was also used to describe the lifestyle of Bedouin Arabs.

Theeb (Jacir Eid Al-Hwietat), the boy at the centre of the film, is a member of a Bedouin tribe that lives on the outskirts of the Ottoman Empire. He spends the day messing around with his older brother, Hussein (Hussein Salameh Al-Sweilhiyeen), and in the evenings he watches the grown-ups play board games. The year is 1916, but the war has not reached their corner of the desert. That is until an Englishman (Jack Fox) arrives and Hussein has to guide him and his companion towards a well somewhere on the way to Mecca. Refusing to stay behind, Theeb follows them, and inadvertently becomes part of a struggle between two empires.

The themes that Theeb explores are the clashes between modernity and decay, brotherhood and legacy, innocence and survival. There is little exposition about the colonial struggle, not that it is needed. From Theeb’s point of view, the impending march of modernity and what it means is too complex to understand, irrelevant even. He is not a precocious or particularly wise child. Most of the time he is surly. He can’t stay still or follow instructions. He learns the adults’ secrets through snippets of dialogue, or when his curiosity gets the better of him. He doesn’t understand what is happening but he sees the consequences, and he learns. For those at the centre of historic events, life is disorientating and brutal.

The motifs that are used to symbolise change are simple and effective. The Ottomans and the Englishman shave, the Bedouins do not. When the Englishman arrives, he offers the head of the tribe a cigarette. ‘Bring him a fire’, someone says. ‘He already has one’, the Englishman’s guide answers, pointing at the lighter.

There is no treatise on the differences between the cultures; attitudes and customs are simply contrasted. Even though the Englishman arrives with his guide in the dark of the night, the Bedouins feel bound by custom: ‘We have a guest. He is welcome’. Theeb, Hussein, The Englishman, his guide are all embodied with little character moments that prevent them from turning into stereotypes. They are all caught in a web of duties and circumstances, longing to return home.

Historians have often described the Middle East of the late Ottoman period as a ‘frontier economy’ and the movie has the feel and look of a western. There is the railroad, two steel beams out of place in the desert, outlaws, and shootouts in the canyon. People live by a code, and those who break it face frontier justice. All of this takes place in surroundings that beg contemplation about life’s bigger questions (Jordan is again a stand-in for its neighbours, this time Saudi Arabia). Theeb journeys outside his tribe and learns about the world that awaits him. The first thing he finds out is that it is cruel.

Winner of the Orizzonti Award for Best Director.

A rare film told from a subaltern perspective, which treats all its characters with respect and empathy.