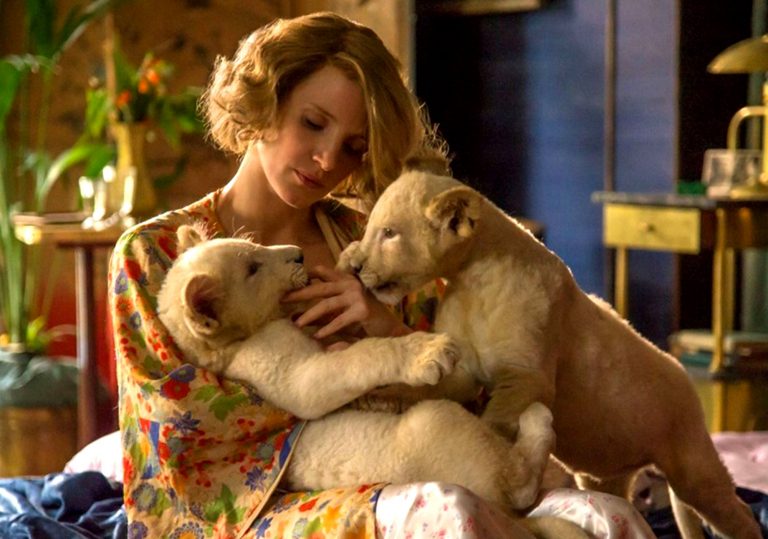 Possibly the most cutesy-looking World War Two drama ever. But Jessica Chastain is always worth a watch.

Slow, meandering and oversensitive. Even Daniel Brühl can’t make it interesting or fun.

Your time will be much better spent in an actual zoo.

The title of Diane Ackerman’s novel, adapted by Niki Caro, doubles down on good intentions. By the nature of their job a zookeeper can only be a charming person, and his wife, whose story has yet to be told, only more so as she stands by his side and in his shadow.

Jessica Chastain accordingly proffers all her natural cuteness and talent (including a convincing-enough Polish accent) to the character of Antonina Zabinski. She’s all colourful dresses and hands-on care for the elephants, lions and other animals. Together with her loving husband Jan (Johan Heldenbergh), she runs a picturesque zoo in Warsaw. Yet the promise of showing the heroism of this tender but determined woman when the Nazi invasion occurs in 1939 isn’t kept by a meandering and spineless script.

Caro takes her time to first establish the peacefulness of the Zabinskis’ life, then their understandable hesitation to hide their persecuted Jewish friends in their zoo. Yet rather than focusing on the tough moral dilemmas faced by those wanting to resist, the slow pacing and countless shots of cute animals and hardworking zoo employees translate as hesitation and lazy (and often laughable) button-pushing. After a while, even baby rabbits and funny-looking lamas can’t make up for a half-hearted devotion to the reality of resistance.

Antonina’s assuredly heartbreaking uncertainty indeed gets lost in the film’s smoothing out of the horror she witnesses. Caro dismisses the very thing that makes this true story interesting, namely the terrifying situation that Antonina refused to give in to. Depicting the bombing of Warsaw from the zoo makes narrative sense, yet ignoring the human deaths is disturbing to say the least. 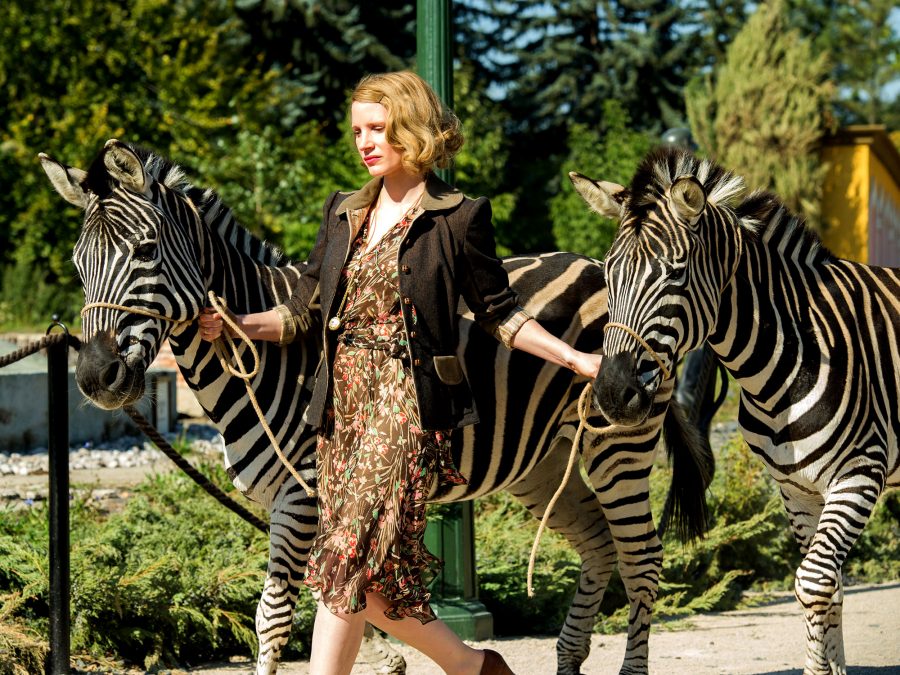 Once the Warsaw ghetto is established, Caro shows as little of it as possible. Shots focussing on anonymous extras playing their parts with an unfortunate but unmissable lack of talent feel more like atmospheric images supposed to create a general sense of misery rather than genuine moments of concern for the lives lost to war. Hope for more directorial humanity briefly appears when Jan rescues a little girl, Urszula (Shira Haas), after her brutal rape by Nazi soldiers. Antonina’s consoling words about loneliness, however, seem strangely out of line, and Haas’ well of complex emotions – channeled through a brief but great performance – remains untapped.

Aware that furry beasts juxtaposed with persecuted people may not make for a shocking-enough discrepancy, Caro is careful to linger on Lutz Heck, the animal-loving Nazi officer entering in to the Zabinskis’ lives and played with always-welcomed subtlety by go-to German character actor Daniel Brühl. As the actor mixes his youthful amiability with a palpable weakness, Lutz first appears as a real threat, more to the couple’s marriage than to their secret operations, as an attraction between him and Antonina feels genuine.

That is, until the film, in a strangely violent climactic confrontation, brutally shuts down any dilemma more emotional and personal than the one imposed on them by her resistance work. Antonina’s moral and sentimental torment is too schematic and superficial. In Caro’s film, grey areas are simplified into, mostly, white. The more disturbing and not always resolvable black, meanwhile, has disappeared, hidden away behind good sentiments and timidity.

Possibly the most cutesy-looking World War Two drama ever. But Jessica Chastain is always worth a watch.

Slow, meandering and oversensitive. Even Daniel Brühl can’t make it interesting or fun.

Your time will be much better spent in an actual zoo. 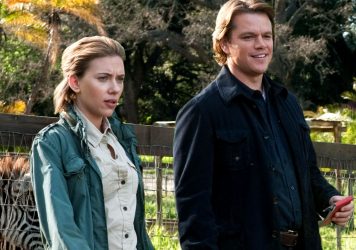 We Bought a Zoo

The type of old-fashioned family entertainment that Generation Xers would’ve tossed their stale bong water at.