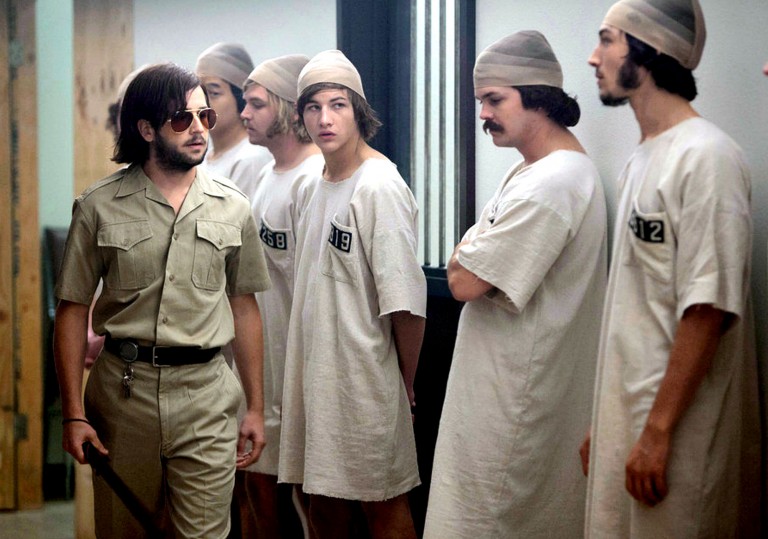 A 2015 Sundance holdover finally makes its way to Europe.

Everyone plays their part well, but it's hard to see the point of this exercise.

Deep down inside us, right down there in the very depths of our black souls, there’s a shit-kicking fascist boot-boy just struggling to break free. So says the Stanford Prison Experiment, a psychological study undertaken by professor Philip Zimbardo in the summer of 1971, in which he paid 24 male students to enact a fantasy prison scenario in which 12 were given the role of guard, and the other 12 were detainees. Kyle Patrick Alvarez’s film offers a simple, methodical depiction of how the experiment played out.

Like any scientific study worth its salt, attempts were made by Zimbardo (here played by Billy Crudup) to make everything as even and real as possible. Cameras were built into the walls, allowing the academic overseers to monitor and record the results, but only from select vantages. What’s surprising about the study is how quickly everything goes bad. Knowing that they’d been placed within a dramatic, artificial scenario, many of the participants allowed their unchecked ids to run wild, and violence took over on day one.

While the experiment itself left much to rake over, Alvarez’s film has less going for it. There’s something inherently counterproductive about the idea of fictionalising something like this, the process itself serving to both dilute the results and to impose another layer of artifice to the already delicate framework. The entire point of this experiment is that it was real people acting via impulse, and reacting to the bizarre set of conditions into which they had all been placed. What we have here is actors pretending to be impulsive, which raises its own set of questions, none of which have anything to do with the core aims of the experiment.

Alvarez choses to focus on two personalities that naturally come to the fore: Ezra Miller’s Daniel Culp (aka Prisoner 8612) and Michael Angarano’s Christopher Archer, a guard who decides for reasons unexplained to model himself on John Wayne. Culp initially remains confident that the theatrical nature of the experiment will ensure his safety, while Archer transforms into someone who is adamant that the “prisoners” accept this as reality.

The film draws its own conclusions, suggesting that everyone involved didn’t really have any idea what they were doing and that ethical lines were crossed on an almost minute-by-minute basis. There’s no real dramatic arc to the story, so Alvarez ramps up a series of smaller tension points and set-pieces. Yet, the film runs out of steam by about the half way mark, where matters have unequivocally passed through the gates of Hell.

A 2015 Sundance holdover finally makes its way to Europe.

Everyone plays their part well, but it's hard to see the point of this exercise.