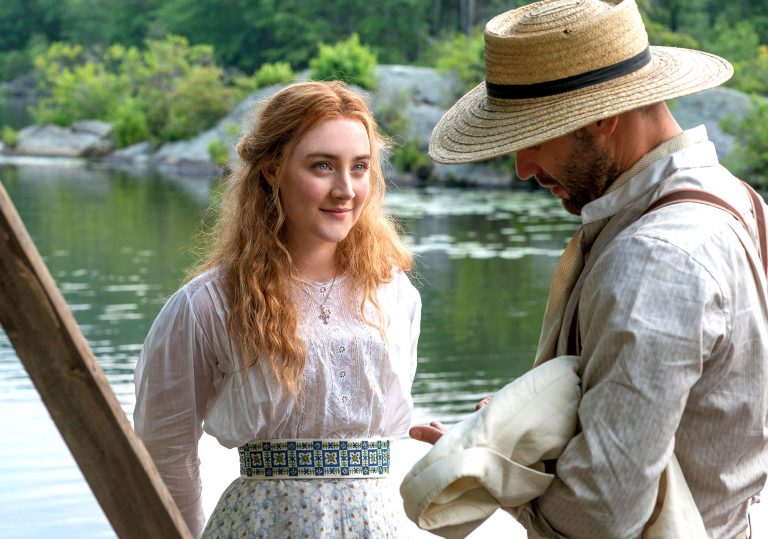 With Bening, Ronan and Moss in tow, a bit of hype is inevitable.

Individual performances are great, but the finished product is uninspiring.

The Seagull has flown from memory.

A star-studded ensemble can’t save this latest adaptation of Chekhov’s famous play from mediocrity.

Theatre director Michael Mayer and esteemed playwright Stephen Karam come together to create the latest adaptation of Anton Chekhov’s ‘The Seagull’. While individual performances shine, the film somehow fails to.

When ‘The Seagull’ first hit the stage in 1896, the reception was disastrous. The audience was reportedly so hostile that one actress froze on the spot. However, when director Konstantin Stanislavsky took on the challenge two years later, the play’s true beauty was revealed. Since then it has been adapted several times, and has featured some of the most famous names in acting. The cast of this new screen version does not disappoint, but ultimately the whole thing doesn’t quite work.

To complicate matters and add another branch of unrequited love, while Konstantin pines after Nina, he himself is pined after by Masha (Elisabeth Moss), of whose existence he is barely aware. All this heartache under one roof of course has dramatic consequences.

Annette Bening is the most mesmerising force in the film. She is funny, impossible and beautiful as Irina. Ronan is as charming as ever, fitting the role of Nina perfectly. And Elisabeth Moss deserves a special mention for her incredibly funny and yet sympathetic portrayal of the depressive Masha. Also convincing as the tortured, slightly self-centred writer is Corey Stoll, whose winning chemistry with Ronan is one of the film’s strong points.

But despite some powerful performances and a good script, the film fails to connect. The scenery, cinematography and elaborate period costumes actually distract from the words, thus dulling their overall impact. While Bening, Ronan and Moss do their best to make the whole thing seem worthwhile, The Seagull leaves you with the feeling that some plays just aren’t suited to the big screen.

With Bening, Ronan and Moss in tow, a bit of hype is inevitable.

Individual performances are great, but the finished product is uninspiring.

The Seagull has flown from memory.