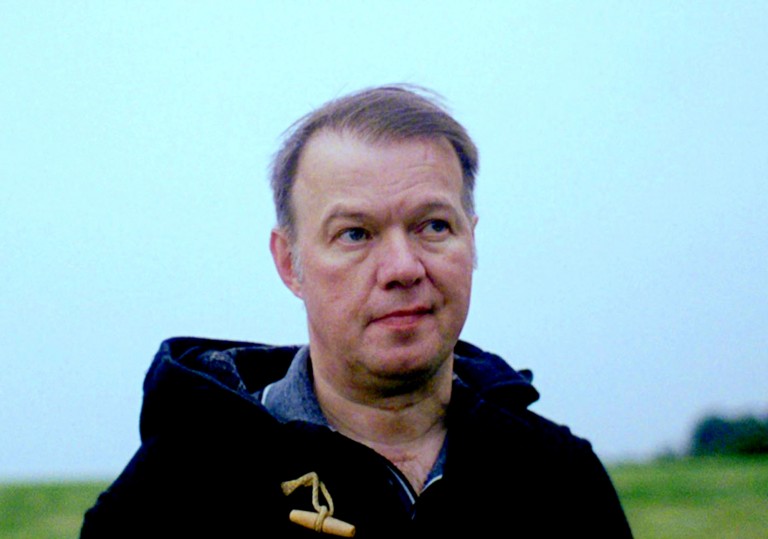 The buzz has been loud ever since its world premiere at SXSW.

Collins is the subject of the piece, but Grace Maxwell is the hero.

It’s hard to know what’s happening for the first 20 minutes of Edward Lovelace and James Hall’s documentary feature, The Possibilities Are Endless, as we’re quietly bombarded with a stream of experimental/cosmic images which, it transpires, are intended to convey the experience of having a major stroke. The title is a reference to the only words that Glaswegian pop-rock scion, Edwyn Collins, could utter (alongside “yes” and “no”) once he had regained consciousness having been struck with a cerebral haemorrhage in 2005. It finds a heartwarming irony to this cryptic phrase, as we see that even after a potentially lethal health disaster such as this, life offers manifold possibilities during the process of recovery.

This is a film whose modesty and keen sense of observation are its main strengths. It never goes too gaudily into the particulars of what actually happened to Collins, instead trying to convey the sensual experience, what it felt like then and how it feels now. It’s a film about the rise rather than the descent. His pre-haemorrhage life is presented with swatches of TV and live concert footage where we are given the chance to nostalgically recall his time as baritone-voiced lead singer of alt-popsters Orange Juice and a successful solo artist. But the majority of the film focuses on his prolonged period of rehabilitation, showing how the songwriting and performing he once did as an occupation are now a vital connection to his past.

It’s unbearably sad that this can happen, at random, to anyone, yet the film is pregnant with positivity and good humour. It’s as much about Collins’ eternally unflappable partner, Grace Maxwell, as it is about Collins himself, and her stoic (though always practical) sense of defiance is seen as the critical component to helping her paramour overcome a prolonged series of mental and physical hurdles. They make for an amusing comedy double act, with Maxwell’s somewhat strident manner playing off of Collins’ ultra-dry sense of humour (which, as we see in the archive footage, has returned with a vengeance).

The pair’s romantic origins are obliquely explored via a dramatic aside in which Collin’s own son, William, is seen instigating a relationship with a girl working in a chippy. It’s a clever touch in which the directors meld present with past and memory with fantasy. But also present is the film is the miraculous notion of singing being akin to a reaction rather than a conventional action: Collins is able to perform at concerts and on the radio despite the fact that he is still unable to talk in the same fluid manner.

The buzz has been loud ever since its world premiere at SXSW.

Collins is the subject of the piece, but Grace Maxwell is the hero.