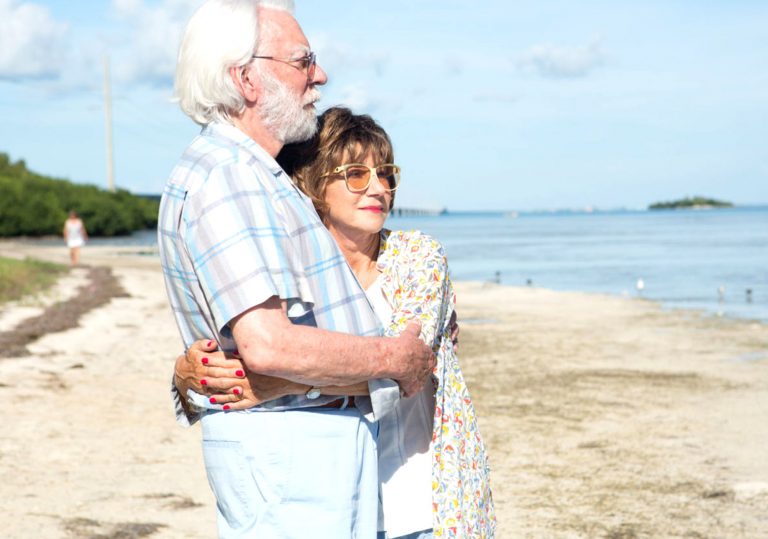 A musty RV tour of the States? No thanks…

Mirren and Sutherland make for a dynamic pairing.

A funny and truthful look at growing old together.

This gentle road comedy starring Helen Mirren and Donald Sutherland depicts an ageing couple at the end of the trail.

Two people who can’t live without each other, imminently face the prospect of separation in Paolo Virzì’s lilting road comedy, The Leisure Seeker. Ella (Helen Mirren) and John (Donald Sutherland) are a headstrong elderly couple who disobey all professional advice to adventure in their RV, with which the film shares its name.

They chase their meds with cream-topped milkshakes and elude their protective children – a task which proves as much of a challenge as confronting their declining health. The tragic contrast between vitality and degeneration certainly pulls at the heartstrings. However, at times the sentimentality is used as a crutch to bolster some of the more random plot twists.

As the pair traverse the US, a coterie of side-characters ensure that each scene further depicts the couple’s endearing idiosyncrasies as well as the changing face of the country. Writer/director Virzì even manages to throw in a sly critique of Trump’s America, as the story is set during the 2016 election campaign and set to a star-spangled soundtrack.

John is suffering from Alzheimer’s, and the blanks and memory lapses in his head are mirrored in the banal, interchangeable brochure designs the couple pick up, as well as the gently-paced trip itself, which seems only to involve caravan sites, burger shacks and highways. Virzì’s repetition of certain interactions within these places also allows us to follow John’s mental deterioration over time. This is a difficult role that Sutherland takes on with admirable commitment, even though his portrayal of the more childish tics that the illness invokes feel too pronounced for the modest tenor of the film.

It’s rare to see older characters in film where age is not their defining characteristic, but in this respect, The Leisure Seeker challenges the norm. In places, the humour predictably relies on the elderly couple’s interactions with unfamiliar modernity, but Ella’s stubborn sass and John’s fastidiousness also lead to some laugh out loud moments.

The malignant diseases that act against Ella and John could easily have become the film’s central attractions. Instead, there is an admirable level if sensitivity in the writing, and Virzì maintains focus on the humanity of these two imperfect but deeply caring people.

A musty RV tour of the States? No thanks…

Mirren and Sutherland make for a dynamic pairing.

A funny and truthful look at growing old together.