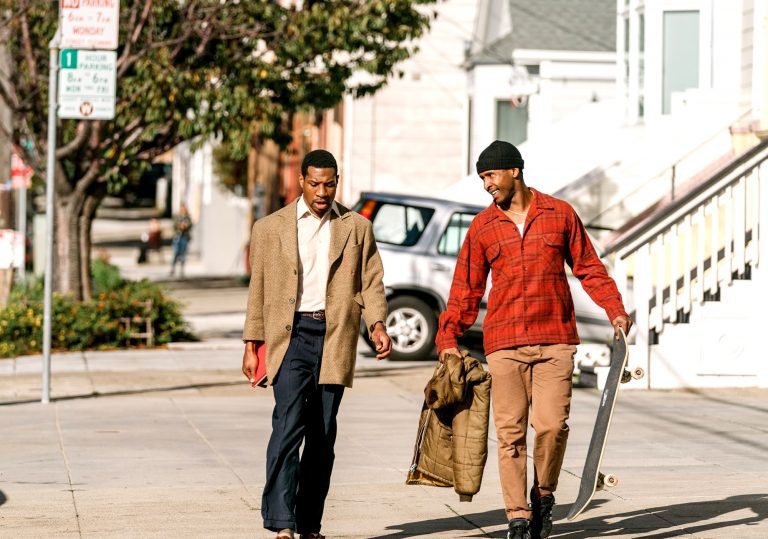 A stylish and incisive study of gentrification in San Francisco sounds fascinating.

A thrilling but sometimes confusing experience.

Ultimately a little too indulgent for its own good.

Based on the real life experiences of San Francisco native Jimmie Fails – who plays a version of himself in the film – Joe Talbot’s Sundance sensation, The Last Black Man in San Francisco, constantly walks a thin and wobbly line between reality and fiction, the literal and the symbolic, the obvious and the subtle. Every day, Fails rides his skateboard across town and goes to take care of a house that isn’t his own and which he isn’t supposed to have any access to.

Though it is currently occupied by a white couple, Fails claims that it was originally built from scratch by his grandfather, “the first black man in San Francisco”. As spiralling gentrification pushes the black community further away from the centre of the city and erases traces of its history, Fails clings to this house. He dedicates his young life to returning this family heirloom to who he believes are its rightful owners.

The gorgeous home therefore becomes a symbol of resistance against the economic disenfranchisement of black people in San Francisco, and it also becomes an example of the shifting cultural sands. This balance between what the house is (literally) and what it means (politically, culturally, economically) is already enough to give the viewer full-blown vertigo. But the film fully leans into this strategy, adopting a visual style which, in the same way, juxtaposes extremely stylised and colourful shots, with stark realism.

Even when focused on a small group of young men who every day stand on the same sidewalk talking the same trash to one another, the scene is staged like a piece of theatre, with each character carefully positioned across the frame, in a composition to rival those of the great Renaissance painters. Most of these stylistic flourishes come from the eye of Montgomery Allen (Jonathan Majors), Fails’ eccentric best friend. Always on the lookout for inspiration, he directly integrates the people he encounters into the plays writes – to him, they are people just as much as they are symbols and characters.

This interplay between an almost documentary authenticity and obviously sculpted political allegorical, then between fiction and reality, imbue the film with an odd intensity. The experience of watching the film is no less than dizzying, and its rapid pace, maintained almost without interruption throughout, can at times be a little exhausting. But the real weakness of the film lies in the way it often heavily relies on the righteousness of its argument to pull on our heart-strings. Especially later on in the story, big emotional moments come across as unnecessary and disappointing shortcuts, in a work which, up until then, appeared to promise something more complex and nuanced.

These shortcomings also reflect badly on the rest of the film: could it be this was just a great story, told with a visual style that suggested more than it could actually deliver? The climax, which should not be spoiled here, has many implications for the various themes addressed by the film – gentrification and black identity chief among them – but these appear sidelined in favour of a more obvious and sentimental sign-off.

A stylish and incisive study of gentrification in San Francisco sounds fascinating.

A thrilling but sometimes confusing experience.

Ultimately a little too indulgent for its own good. 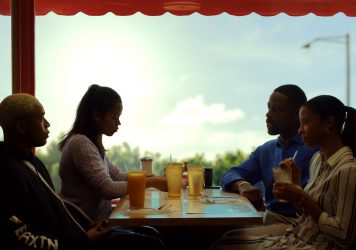 This euphoric, music-powered family drama from Trey Edward Shults is a model of tenderness and heartbreak.