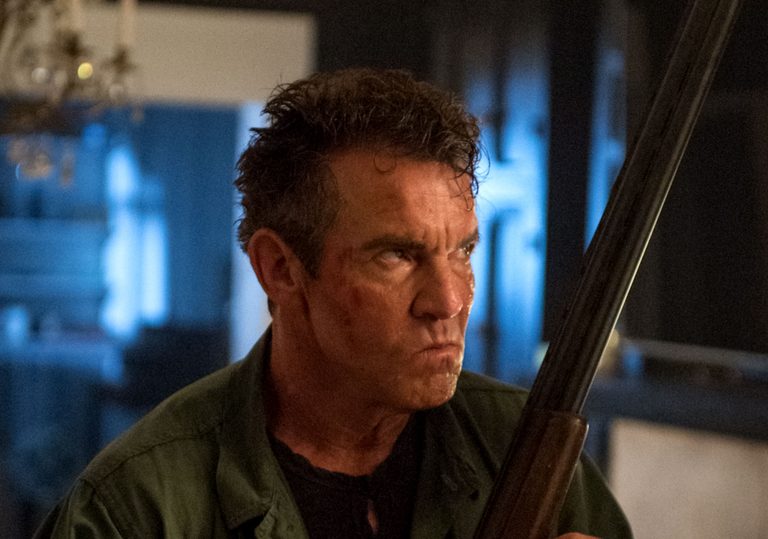 Another iteration of one of the most entertaining B-movie sub-genres out there.

Maybe not a classic, but a jolly old time.

Mischievous and pleasurable genre antics with Dennis Quaid as a tooled-up, MAGA-hatted nutbag.

The psychosexual thriller genre may have been largely abandoned by mainstream Hollywood after its golden age in the 1990s, but it persists today in a slightly different form with films like Obsessed, No Good Deed, The Perfect Guy and, now, The Intruder. These titles all follow a common narrative template in which a happy, ultra-sophisticated and affluent black couple soon find their idyll threatened by a stranger, usually a pantomime psycho who is jealous of their happiness.

The Intruder fits the mould perfectly. We open with Scott Russell (Michael Ealy, the eponymous villain of The Perfect Guy) at a surprise party thrown by his beautiful wife Annie (Meagan Good) to celebrate his business achievements. He has just “closed the big deal”, becoming “the top earner at the company!” The professional context is ridiculously vague, and later scenes that show Scott ‘working’ at ‘the office’ reinforce the feeling of watching a child playing with Barbie dolls, imagining what adult life and happiness might look like.

Exposition is done away with in record time, and our villain is dramatically introduced at the earliest opportunity. While the young couple is visiting a lovely, picturesque old house in Tempa Valley, they hear a shot. The owner of the household, Charlie Peck (Dennis Quaid), has just killed a deer. It is certainly a red flag, one which quickly emphasises the differences between husband and wife that will inevitably create a rift between them. Scott is immediately suspicious, while Annie is more inclined to trust the nice old man selling his house.

One reason why this new wave of thrillers is so pleasurable is that the dynamic the films explore is inherently amusing. Some nice people are very nice to each other, until one party starts being too nice. The Intruder succeeds in making this scenario less blatantly paranoid and misanthropic than it often appears, streamlining Charlie’s escalating madness in a more realistic fashion. It also helps that Quaid, showing remarkable dedication to the role, jumps effortlessly between magnanimous old fool and evil, psychotic predator, across the film’s swift runtime. His vibrantly red MAGA-esque cap, sweaty white skin and WASPish predilection for hunting and chintzy home decor add a frisson of subversion to proceedings.

Charlie represents a significant departure from the usually rather restrained horrors of the genre. As the couple learn more about the man who refuses to let go of their new house, the film plunges into darker territory. The switch to outright violence in the film’s final moments, when the nice couple is forced to be not so nice anymore, is more graphic, disturbing and sexualised than the polite struggles which conclude similar thrillers.

If the genre continues to evolve further in this more realistic direction, we may start to wonder what this means for its more escapist pleasures. But for now, this escalation of horror and surprise within a premise that remains delightfully ludicrous only makes the whole enterprise more entertaining.

Another iteration of one of the most entertaining B-movie sub-genres out there.

Maybe not a classic, but a jolly old time. 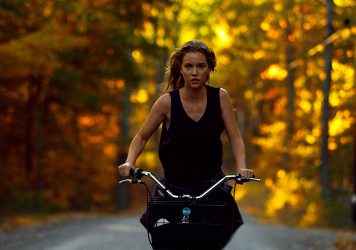 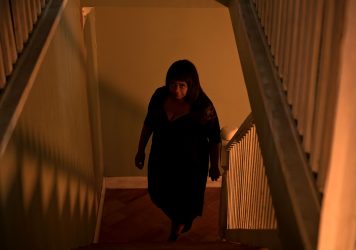 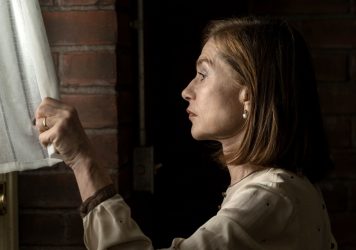