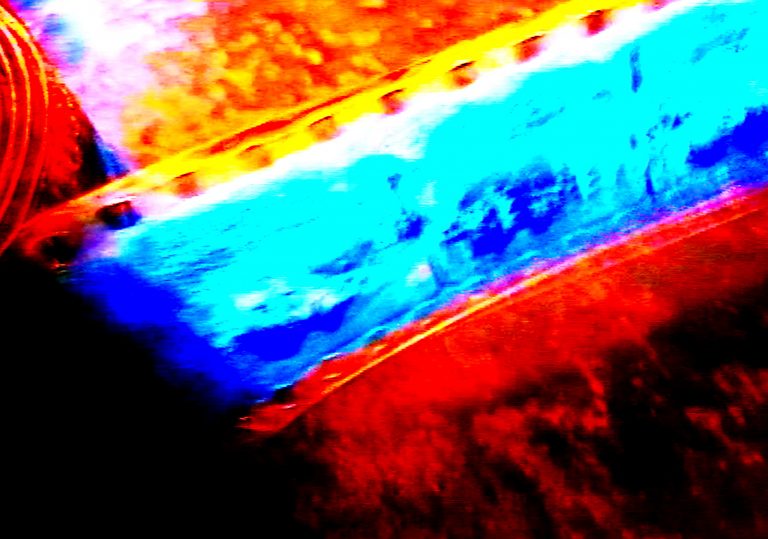 Not enjoyable in the traditional sense, but the imagery is striking and the voiceover commands the attention.

A compelling collage that refuses to fit into any predetermined pigeonhole.

In a year of seemingly unmitigated horrors, there’s a perverse comfort to be had in the arrival of a new film by New Wave godhead turned cut-and-paste collage maestro, Jean-Luc Godard. And based on this evidence, the French master hasn’t mellowed in old age, still displaying a steadfast belief in cinema’s power as a tool for intellectual provocation.

His newest offering, The Image Book, is a fitting companion to his previous feature from 2014, Goodbye to Language, which was filmed in 3D. In his winter years, it appears the auteur is working through the senses. The images contained within The Image Book are pulled largely from newsreels and cinematic history.

Sometimes they dance atop one another, and sometimes they’ll appear in a blink-and-you’ll-miss-it flash. It’s all topped by a voiceover from the director himself. It’s a lot to take in, and viewers might wish for footnotes to help fill in the blanks, but the film ultimately invites us to sit, watch and go along with the alternately incendiary and calming tableaux. Of course, this task is easier said than done.

At a screening during the Toronto International Film Festival, where the film received its North American premiere, there was a steady stream of walkouts – a slight surprise given Godard’s stature. The political imagery can be a little muddled – at times you’re left to wonder just how effective the director’s recontextualisation of news footage is. But the voiceover offers a compelling throughline that feels like a small concession to a potentially baffled audience. Lines like: “Society is based on a shared murder,” and, “The act of representation almost always involves violence,” are cutting indictments of our current moment, and with years of polemical filmmaking behind him, such pronouncements carry even more weight.

In hearing these statements and nodding along, we may well wish that such words could drive us to radical political action. There’s something frustrating in the realisation that Godard’s provocations are preaching to the choir. The issue of whether cinema can be truly radical and create off-screen change is too lofty to tackle here, but at least Godard is an artist fully committed to this cause, finding creative rewards through angry energy for half a century and counting.

If The Image Book isn’t always easy to connect with, it does offer an unmistakable gut punch in its final moments. As the proceedings wind down, Godard begins to cough. As narrator, he doesn’t position himself as a divine presence – his voice is raspy and his statements are frequently enigmatic. The cough is the ultimate sign of his humanity and mortality. It’s a moment of vulnerability from a director known for confrontation.

At 87, Godard might be considering deleting his editing software for good, but the question of whether The Image Book is his swansong remains to be seen. What this film has to offer – the sounds that jarringly fade in and out, the snippets of alternately comic and tragic cinematic history, the commitment to collage and images oversaturated to the point of lush beauty – makes for a productively confounding and potent work. Coming from JLG, we wouldn’t expect anything less.

Not enjoyable in the traditional sense, but the imagery is striking and the voiceover commands the attention.

A compelling collage that refuses to fit into any predetermined pigeonhole.