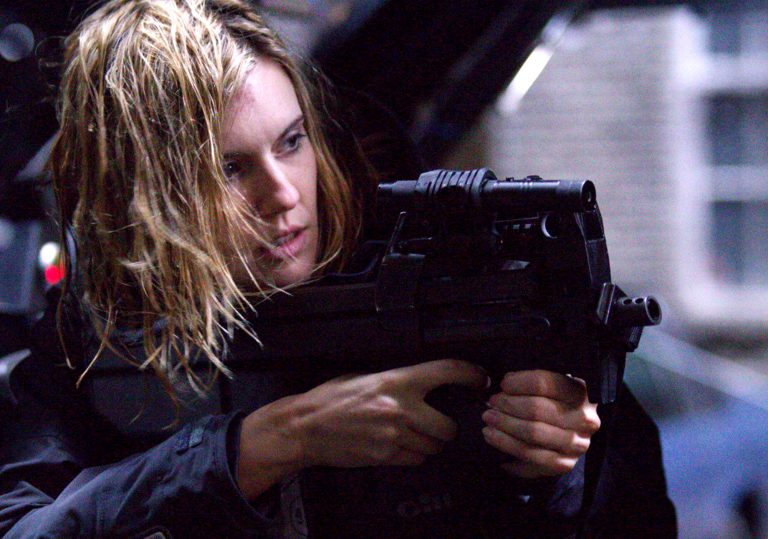 Who signed off on this?

Not sure Rob Cohen knows how hurricanes work...

A group of criminals attempt to carry off the sting of the century in Rob Cohen’s audacious action-thriller.

The first thing you learn at Film Critic School is that all art is subjective: one man’s trash is another man’s treasure, let he who is without sin write the first hit piece, yadda yadda. Some tastemakers, secure in their ivory towers, enjoy being presented with an opportunity to be malicious towards those that bare their soul in some furious cinematic undertaking. But most of us go in hoping that what we’re about to see will – at the very least – not be a complete waste of time. For the sheer amount of hysterical, non-sensical enjoyment it delivers, Rob “The Fast and the Furious” Cohen’s ludicrous latest passes this most basic metric.

In the film’s opening sequence, an Alabaman father-of-two attempts to outpace an oncoming hurricane (not the hurricane, mind) with his two young sons. Brothers Breeze (Ryan Kwanten) and Will Rutledge (Toby Kebbell) bicker as impending doom swirls ever closed, eventually closing in on them in a very literal rendering of pathetic fallacy, as the hurricane assumes the shape of a skull. Cut to several years in the future and Breeze is a hard-drinking rough-living mechanic, while Will is a skittish meteorologist who apparently – owing to the trauma of his early childhood – now has a fear of hurricanes.

This doesn’t stop him driving around in a giant Batmobile-esque stormchasing vehicle he calls The Dominator. With another big ole hurricane on the horizon, he tries to convince Breeze to leave town with him. Meanwhile, a group of ne’er-do-wells (led by Ralph Ineson) plot to relieve a nearby US Treasury building of $600m, using the hurricane as a distraction (that’s it! That’s The Hurricane Heist!). It’s up to tough-talkin’ disgraced treasury agent Casey Corbyn (Maggie Grace) and the Rutledge Bros to stop them.

Now, there’s a lot that goes down during The Hurricane Heist, from a man being killed by an errant hubcap to a lengthy exposition-based conversation that takes place while Will and Casey are urinating by a tree. There’s also a curious scene where it is revealed that Will keeps a week’s worth of bagged and labelled-by-day peanut butter-and-jelly sandwiches in The Dominator’s glovebox. Rather than question this borderline psychopath behaviour, Casey decides to quiz him on his preferred brand of peanut butter.

Yet Cohen is clearly taking everything very, very seriously. Every line of dialogue is spoken with a furrowed brow, including a personal highlight: “Don’t you get it? They had a plan within the plan within the plan the whole time!” Another memorable scene sees Will and Casey tethered to ropes, bobbing around in the windy sky like flimsy paper kites. Such a failing to recognise its own ridiculousness renders The Hurricane Heist a brilliantly bombastic display of arrogance. Like watching Trump threaten to physically fight Joe Biden.

From the details outlined above, you may be left with questions including but not limited to:

But to question The Hurricane Heist is to question the very fabric of reality: it’s best accepted as something that simply is. Like Big Brother or the Atomic Bomb, perhaps it’s best to Stop Worrying, and Learn To Love our bleak, capitalist current, in which $35m is spunked away creating a noisy, baffling, unintentionally amusing B-movie that’s headed straight for the millennial equivalent of direct-to-video.

Who signed off on this?

Not sure Rob Cohen knows how hurricanes work...

Vin Diesel is back as the world’s toughest, buffest secret agent. The results are thrilling and baffling in equal measure.