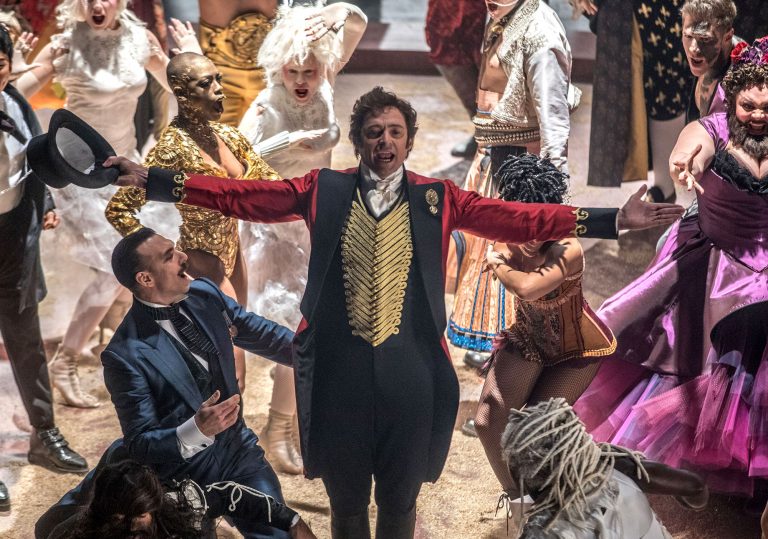 A Hollywood musical about a revolting figure of entertainment? Not sure this bodes well...

Jackman’s enthusiasm is contagious, the ride is full of ludicrous turns and the songs ring loud with the devotion of this stellar cast.

Could this become a (camp) classic? Ridiculously rapturous, idealistic and romantic. A film to be enjoyed and listened to ad nauseam.

Hugh Jackman is a fascinating movie star. Playing a magician better skilled at window dressing than at actual magic in Christopher Nolan’s The Prestige, but also a raw, uncompromising and violent mutant in the X-Men franchise, he’s demonstrated his ability to shift between overt showmanship and the type of subtle performance that is more usually associated with Good Acting. Hollywood was quick to notice his taste for theatrics and soon let him host award shows with grandiose musical numbers to celebrate the most sophisticated performances.

The Greatest Showman is only the logical progression for a man so obsessed with the art of the stage, and its title should hopefully earn Jackman a new nickname. A highly glamorised version of the life story of PT Barnum – the man who made the circus a lucrative business in America and had a unique flair for marketing – Jackman’s pet project deserves to become a Christmas classic. The Greatest Showman’s severe romanticism and ridiculous but affecting enthusiasm make it irresistibly life-affirming.

“Ladies and gents, this is the moment you’ve waited for…” Jackman mutters in the film’s bombastic, Chicago-esque opening sequence. It is with this astonishingly high-energy and hilariously confident song that The Greatest Showman sets its heightened and optimistic tone, for this degree of intensity and bold assurance rarely falters for the remainder of the film: Jackman means it all.

As a child, Barnum already wanted to create spectacles and be accompanied on his journey by Charity (Skylar Dunn, then Michelle Williams), the cute daughter of one of his tailor dad’s clients, a rich man with nothing but contempt for the Barnums’ poverty. It is through a song that the film takes us through these “Million Dreams” and unto his and Charity’s adulthood, with Jackman’s baritone taking over from a young child with an angelic voice midway through the number, and Michelle Williams joining in. Whether the syrupy tunes (penned by the duo behind La La Land’s songs) annoy or mesmerise, they carry the film through as proper narrative devices, rather than tacked on flourishes, which shows an impressive and touching level of genre-specific dedication from Jackman and director Michael Gracey.

Highlighting the classical melodramatic themes of ambition, triumphant love and humanism, the song and dance numbers help smooth out the less attractive aspects of Barnum’s story. His employing of people with physical anomalies for his freak show is turned into an enlightened altruistic enterprise with carefully chosen lines (“People won’t laugh, they’ll salute!”) and rousing anachronistic Broadway-pop tunes about individuality; ‘Come Alive’ sounds like Robbie Williams, while ‘This is Me’ longs to be a pop singalong showstopper.

Barnum’s narrative of self-improvement intertwines with these charitable ambitions; his arc becomes as much about learning to truly respect his unique employees and friends as enfolding them in his success. As forced, ahistorical and disingenuous as this development may be, it speaks to a degree of self-awareness that is very much welcome. 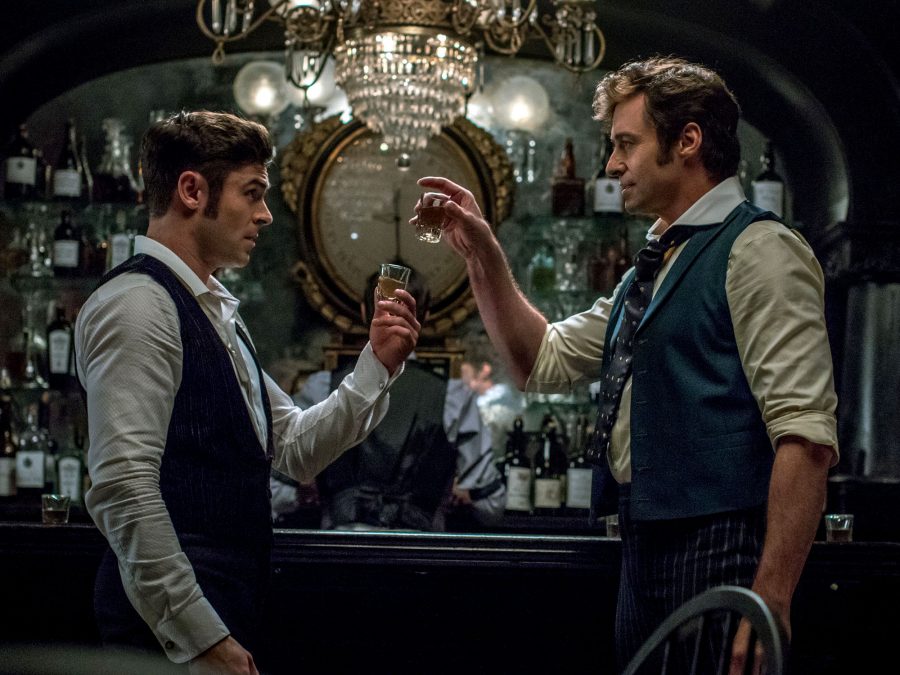 As its title suggests, the film undoubtedly functions better as a love-letter to entertainment than to diversity. Each musical number is in itself an emotional roller-coaster, moving through extremes of happiness and sorrow at exhilarating and often hilarious speed: it seems as though the characters truly need to break into songs to let out all the strong feelings simmering inside them. Witnessing such star actors as Michelle Williams and Rebecca Ferguson devote themselves to such overblown sentimentalism and vocal acrobatics feels like a Christmas miracle, a delicious mince pie that may be a bit too sweet but remains delectable nonetheless. (Ferguson might be the only cast member to be dubbed, but her theme song is a difficult Opera-via-Adele tune and she does sing its tearful reprise with flabbergasting extravagance).

The most enjoyable performances remain those delivered by the actual showpeople: Zac Efron and Zendaya, both with a background in song and dance, play the Romeo and Juliet of this story with the physicality of true acrobats. Their high-flying duet is perhaps the most affecting number, even though their romance often appears as a (failed) attempt at avoiding any homoerotic tension between Efron’s Philip Carlyle and Barnum. This undercurrent is fascinatingly hard to miss, making The Greatest Showman often as camp as the best 1940s melodramas.

At 145 minutes, The Greatest Showman is chock-full with capital-E-Entertainment. The earnestness of its emotional toiling may often be laughable, it nonetheless makes for a truly pleasurable experience, almost circus-like as movie stars do impressive or ridiculous tricks for an easily amused audience. The songs may seem asinine at first, but they have a way of lodging themselves into your brain. Like that other great showman, Ewan McGregor in Moulin Rouge, Jackman’s Barnum just wants to fill the world with silly love songs. And what’s wrong with that?

A Hollywood musical about a revolting figure of entertainment? Not sure this bodes well...

Jackman’s enthusiasm is contagious, the ride is full of ludicrous turns and the songs ring loud with the devotion of this stellar cast.

Could this become a (camp) classic? Ridiculously rapturous, idealistic and romantic. A film to be enjoyed and listened to ad nauseam.