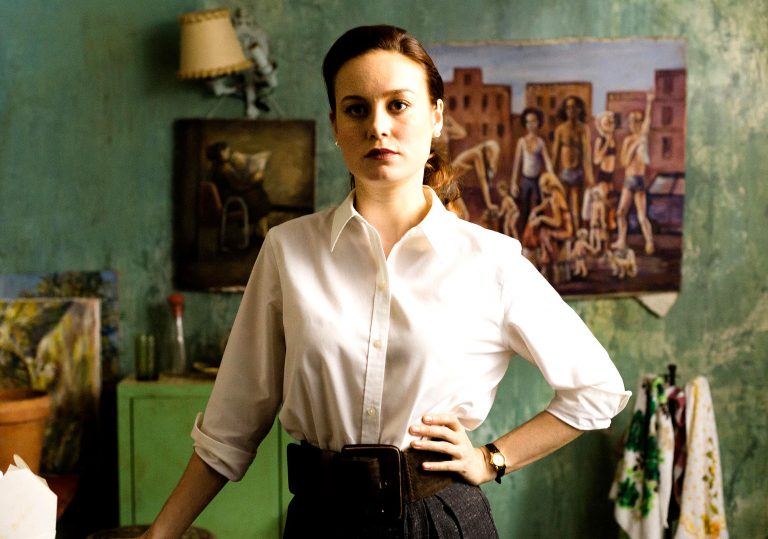 Director and star of the delightful Short Term 12 return with an underwhelming epic of intergenerational family discord.

[Dropcap]D[/dropcap]estin Daniel Cretton’s The Glass Castle is based on a memoir by Jeanette Walls (here essayed by Brie Larson) which recounts the experiences of the middle daughter of a dysfunctional family, led astray by her eccentric father Rex (Woody Harrelson). The narrative flits between Jeanette’s carefree childhood to a more conventional adulthood, and the impact of her father’s erratic behaviour is laid bare.

Rex’s wanderlust is initially portrayed as endearing as he, wife Rose Mary (Naomi Watts) and their wild brood skip freely from place to place, playfully avoiding anything that might be chalked up as responsibility. The set up is similar to the utopian idyll captured in Matt Ross’s Captain Fantastic, and is also criticised in similar fashion. One standout similarity is the flame haired offspring – there is even a crossover in the casting of the younger children – must be something about red-heads and the perils of the great outdoors and home schooling?

Despite its initial levity, The Glass Castle soon embraces darker themes, particularly when the façade of Rex as the wholesome father is shattered – by his personal demon, alcoholism. And the results are writ large, the demon drink’s ability to rot away a person’s mind and their family also. Rex continually disappoints his children, with booze always coming first. This message is somewhat diluted by his dream for a simpler way of life, away from the evils of society. The chaos of the shifting plot threads means that the narrative struggles to maintain a clean focus, always searching for something  blame for the family’s dissolution. Is it alcohol, society, or just something unknowable inside Rex?

Harrelson flip-flops between cruelty and kindness, attacking his family one moment, extending affection the next. Watts also does well as the woman follows him, effortlessly blind to his manifold character defects. The contrast of a childhood in rural ‘60s America and chic New York in the ‘80s is slightly over-egged. Adult Jeanette is coiffured to within an inch of her life, all 80s shoulder-pads and oversized jewellery (she wouldn’t look out of place in American Psycho). Larson, meanwhile, carries off the role of the uptight, scorned daughter seamlessly, and her clashes with Harrelson are some of the film’s high points. It’s an interesting and sincerely emotional film, if not an entirely successful one.