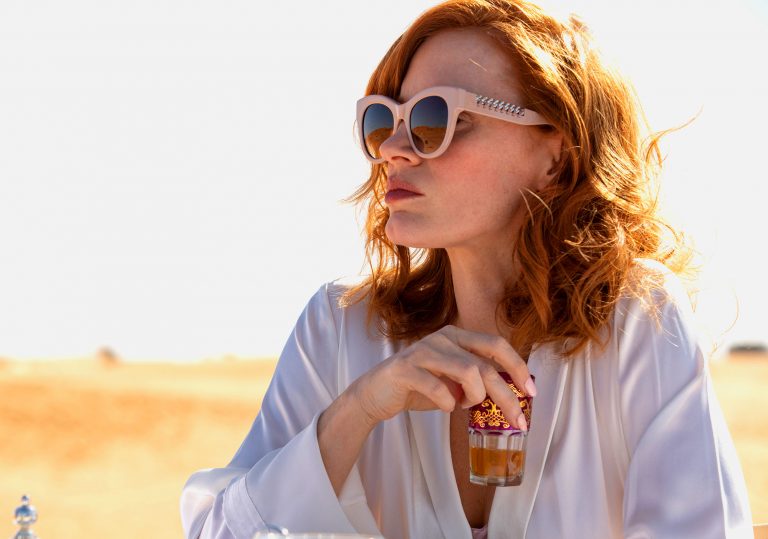 The question of how this messy situation will be resolved means it’s never dull.

Too muted and thinly written for its acerbic bite to really make a mark.

A logical point of comparison for John Michael McDonagh’s The Forgiven is Babel, Alejandro González Iñárritu’s sweeping 2006 narrative of interwoven stories. While this sticks to one country, and is less ambitious in its scope, the dramatic catalysts in both films concern tragic accidents involving white tourists and local young men colliding in the deserts Moroccan.

Babel is a film which focuses on concepts of miscommunication and globalisation, while The Forgiven’s thematic meat is instead the recklessness of the condescending rich, alongside Western influence on the Arab world. All with writer-director McDonagh’s trademark provocative and caustic humour – previously seen in The Guard, Calvary and War on Everyone – bolted on to inconsistent effect.

The film sees Coriolanus co-stars Ralph Fiennes and Jessica Chastain play husband and wife once more, with Fiennes again playing an anus. They’re invited to the desert villa of old friend Richard (Matt Smith) and his partner Dally (Caleb Landry Jones) for a weekend celebration near the High Atlas Mountains. Driving to the remote abode at night, Fiennes’ alcoholic David hits and kills impoverished teenager Driss (Omar Ghazaoui) while under the influence.

Chastain’s Jo initially descends into a state of shock, while David is more concerned with consequences than being remorseful for having killed someone. While Richard and Dally at first express seemingly genuine horror at the sight of the body brought to their place, matters quickly turn to pragmatism and getting festivities back on track. 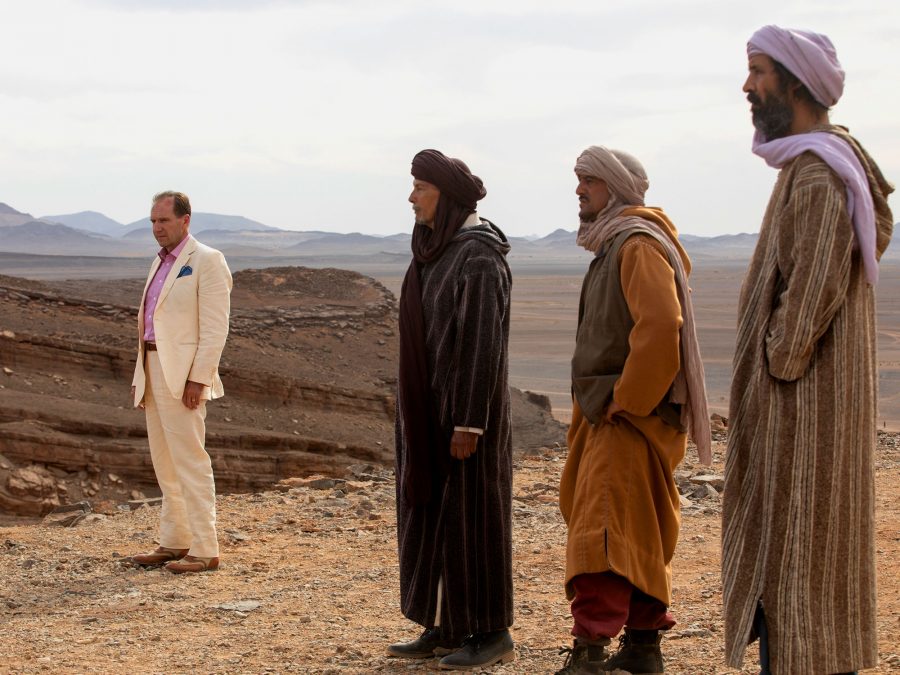 Following a police report, Driss’ father, Abdellah (Ismael Kanater), later arrives at the estate, insisting David accompany him and English-speaking associate Anouar (Saïd Taghmaoui) back to their village for a burial. Richard and company practically have to force David into the villagers’ van to make amends, the bigoted man convinced he’s either about to lose thousands in a pay-off or be kidnapped by “fucking ISIS”.

Here, the narrative splits. Following David in one strand, we get a familiar tale of a privileged individual gradually learning a lesson from the sacrifice of someone disadvantaged. Considering McDonagh’s previous writing form, you’re left expecting some subversion or commentary on this overused device – but it never comes. That this section works at all is testament to Fiennes’ ability to inject depth into a relatively one-note character, and the ever-reliable Taghmaoui, with whom he forms a bond, also delivers the dramatic goods. Back at the party, Jo enjoys freedom from her terrible husband, embracing the advances of Christopher Abbott’s Tom.

The question of how this messy situation will be resolved means it’s never dull.

Too muted and thinly written for its acerbic bite to really make a mark.