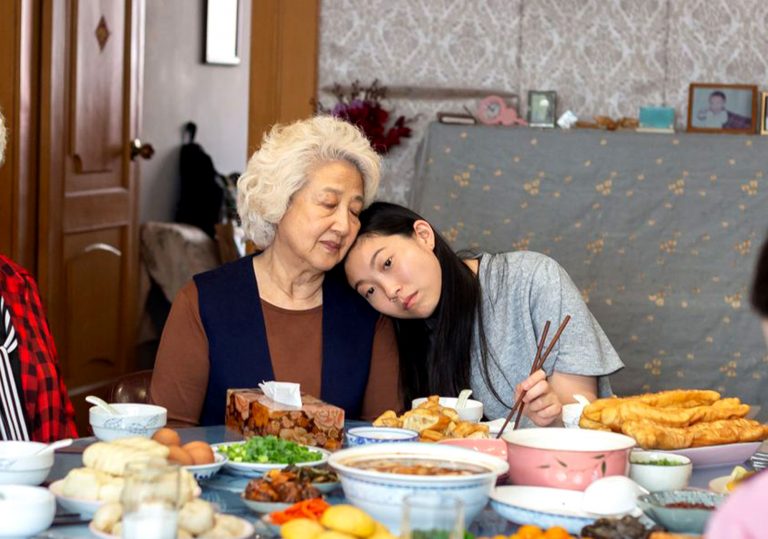 Goes softly-softly on the Big Themes, but packs an emotional wallop.

At 90 years old, my Filipino grandmother’s eyesight has gone bad. Her hearing is even worse. Though she may see her 25-year-old granddaughter in front of her, she hears my voice and still calls me by my deadname, my “male” name.

Between this and the entrenched Catholic conservatism in the family, I find myself unable to visit my grandmother or my extended family, either in Stockton, California where they currently reside, or the Philippines, the home they frequently return to. I yearn to learn more about my culture, and with the knowledge that my grandmother’s time may come any day now, I can’t tell when – if ever – I’ll be able to see them again.

My family differs incredibly from the one in Lulu Wang ’s semi-autobiographical film The Farewell: it’s an extended Chinese clan who, upon learning that matriarch Nai Nai (first-time actor Shuzhen Zhao, delivering a knockout performance) has terminal cancer, decide to keep the diagnosis to themselves and stage a fake wedding as an excuse to bring the entire family together before Nai Nai’s eventual departure. Yet I couldn’t help but see my own Asian family reflected in Wang’s lens.

There’s a temptation among films like this, especially Chinese-American co-productions, to strive for faux-universality by removing or dampening cultural specificity, in an attempt to make the work palatable for “any” audience (often code for “white people”). The Farewell eschews that for a keen precision and clarity of expression, implicitly trusting its audience to empathise.

Wang’s confident direction certainly supports this empathetic gaze, as she crafts precise compositions that recall world cinema masters like Abbas Kiarostami and Apichatpong Weerasethakul, while also maintaining the looseness and comfort of a home movie. Everyone from Awkwafina, as the immigrant young adult Billi, to Diana Lin’s stern yet soft-hearted mother, interacts in these carefully aligned spaces, enjoying effortless freedom as they move in and out of frame, hug and dance awkwardly, argue either out of earshot of estranged family members, or in languages that cannot be understood. Where these spaces might have felt fussily controlled in the hands of a lesser director, Wang’s feel lived-in and authentic.

Yet Wang is unafraid of messing with the comfort of these spaces, fundamentally changing them with the linguistic and cultural barriers presented at the film’s core. This is best exemplified in a scene where Billi argues with her mother about the difficulty of accustoming herself to immigrant life in America at an early age, while other family members scour the carpets for a missing earring, totally unaware of the cultural battlegrounds being drawn around them.

The Farewell provokes a lot of questions regarding cultural tradition, taboo and differences between its immigrant and non-immigrant characters, to which the film sadly doesn’t provide many answers. Wang’s perspective certainly values subjective catharsis over grasping at its more intellectual quandaries in a satisfying way. But pondering the fact that I am now considering visiting my family for the first time in years, maybe just bringing these questions to the fore is enough.

Goes softly-softly on the Big Themes, but packs an emotional wallop.