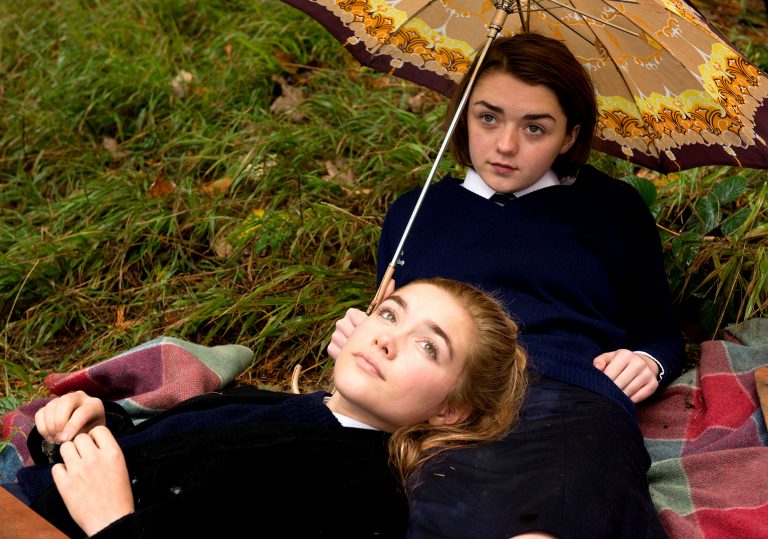 Massive things expected from Carol Morley after her knockout Dreams of a Life.

Oh dear. There’s ambition here, but it may well have been misplaced.

This one will divide opinion.

Every appendage on our body was crossed, and then wherever possible, the crossed appendages were crossed with one another, then we hung black cats above the door and tossed horseshoes under ladders, all in the hope that director Carol Morley’s follow-up to her meditative doc hit Dreams of a Life would be a thing of shimmering greatness.

Alas, this time it wasn’t to be, as the director has delivered a very woolly, precious and nonsensical drama which flits and flails to its own off-tempo beat without a care in the world. In fact, a feeling of looseness, of casual naturalism is strained to the point where it looks as if the film is about to burst a blood vessel. It’s hard to talk about, not because it’s scattered with spoiler landmines or devious twists, more that not much happens for a painfully long stretch of time.

Perhaps in a pointed manoeuvre to bypass convention, Morley remains illusive as to who the film is actually about. Our best guess is Masie Williams’ Lydia, a spiky yet needy pupil at a semi-rural girls’ school whose story plays out some time during the 1960s. Her mother (Maxine Peake) appears as a cabaret pastiche of a frazzled destitute housewife with a dented beehive hairdo and omnipresent fag to emphasise background nerviness.

She refuses to leave the house, suffering quietly and clearly awaiting some kind of powder-keg showdown with her gobby daughter. Lucky for Lydia she has Abbie (Florence Pugh) to hang around with, a walking moral panic who’s gained an appetite for sex, getting it whenever and wherever she can, even from Lydia’s up-for-it older brother, Kenneth (Joe Cole). And then, people start fainting.

For much of the film, we are sold a succession of reasons as to why this “outbreak” is never given due attention by the faculty, by parents and by the students themselves. Like something out of an ill-conceived ’80s John Hughes high-school comedy, Monica Dolan’s chainsmoking head teacher Miss Alvaro remains knowingly unsympathetic towards the plight of her young charges, possibly highlighting a laboured point about a generational chasm between carefree teendom and the comic frigidity of middle age.

Relationships are proposed and then discarded, members of the supporting cast dangled in front of the camera as somehow vital to the events we’re seeing, only for them to be swiftly sidelined and the focus trained elsewhere.

The problem is that you feel that the performers aren’t quite sure of the film in which they’re starring, that they’re not complicit with Morley’s loftier, more experimental vision. The Falling mistakes obfuscation for mystery and coiled outrage for dread, so that when the next random thing happens, it comes across as The Next Random Thing, and not an impactful, logical (within its own world) progression of all that’s come before. In all, an infuriating, wispy disappointment from one of Britain’s brightest.

Massive things expected from Carol Morley after her knockout Dreams of a Life.

Oh dear. There’s ambition here, but it may well have been misplaced.

This one will divide opinion.