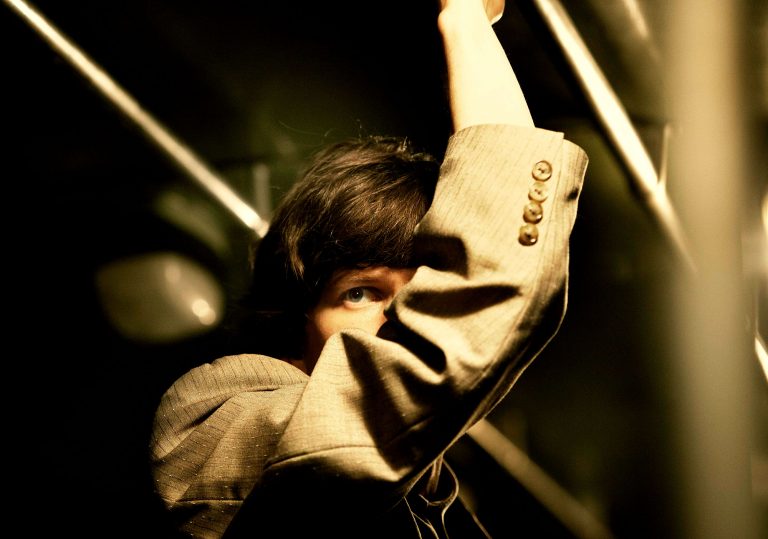 It would be mad to let its particular genius, like its protagonist’s, go unrecognised.

A man slumbers on a train. This opening image from The Double might just be all that is strictly real in this uncanny, oneiric trip through an individual’s divided psyche – but that hardly means we should not follow Simon James (Jesse Eisenberg) all the way to the end of the line in an attempt to understand this man and his place (which in its way reflects our own).

“You’re in my place,” are the first words spoken to Simon, as a shadowy commuter insists Simon yield his seat in the otherwise empty carriage – and it is essential to Simon’s character that he does indeed yield, yet secretly begrudges doing so. An undemonstrative drone living in a bleak neighbourhood rife with suicides, Simon goes unnoticed and unrecognised by superiors, co-workers, and even his own mother.

But after an uncharacteristic overture to ‘copy girl’ Hannah (Mia Wasikowska), the colleague-cum-neighbour whom he recognises as a kindred spirit of loneliness and invisibility, ends in his humiliation at the office ball, Simon meets – or is it conjures? – James Simon (also Eisenberg), a physical doppelgänger but, in his slick confidence and womanising ways, Simon’s polar opposite in character. As the initially friendly James gradually appropriates Simon’s work, his apartment and even his beloved Hannah, our put-upon hero realises that at least one of them must disappear permanently.

Director Richard Ayoade and co-writer Avi (brother of Harmony) Korine have been very free in their adaptation of Fyodor Dostoyevsky’s 1846 novella ‘The Double: A Petersburg Poem’, renaming all their inherited characters, adding many new ones, and relocating the internalised action from Tsarist Petersburg to a retrofuturist dystopia. But they have nonetheless remained very true to Dostoyevsky’s duplicitous ambiguities and proto-existentialist spirit, so that the film relates to its literary source much as James relates to Simon.

If the nightmarish world of The Double maps out its protagonist’s paranoid inner life while evoking the similarly hermetic headspaces depicted in The Trial, Eraserhead and Brazil, there are also mirrored in its drab surfaces different aspects of Ayoade’s own multi-faceted career: all the key players from his rather different feature debut Submarine, as well as the ultra-lo-res computer graphics, absurdist office politics and the odd cast member from his TV sitcom The IT Crowd.

The result is both a technical marvel and an appealingly eccentric curio. For no matter whether The Double is viewed as a ‘night terror’, a Kafkaesque comedy (with suicidal tendencies), or a long, dark journey into Simon’s schizophrenic ‘ames’ (a security guard’s insistently incomplete spelling of Simon’s surname, corresponding to the French for ‘souls’), Ayoade has crafted a disorienting human mystery tinged with romance, melancholy and humour blacker than night – as well as a quirky entry in the ‘invisible friend’ subgenre.

Think Fight Club recast in a shabby Gilliam-esque microcosm of ducts, valves and cheesy ’60s pop ballads (mostly Japanese, for some reason). It’ll have you seeing double, and wishing for a repeat viewing.

It would be mad to let its particular genius, like its protagonist’s, go unrecognised. 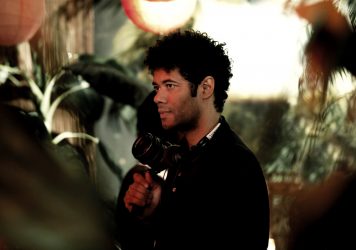 Read an exclusive extract from Richard Ayoade’s new book, ‘The Grip of Film’

Meditations on film by that master of the medium, Gordy LaSure. 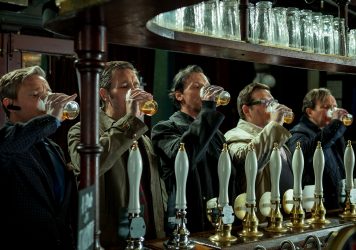 Lagergeddon? The hopocalypse? The bitter end? Edgar Wright and co are back for one final throw of the dice.