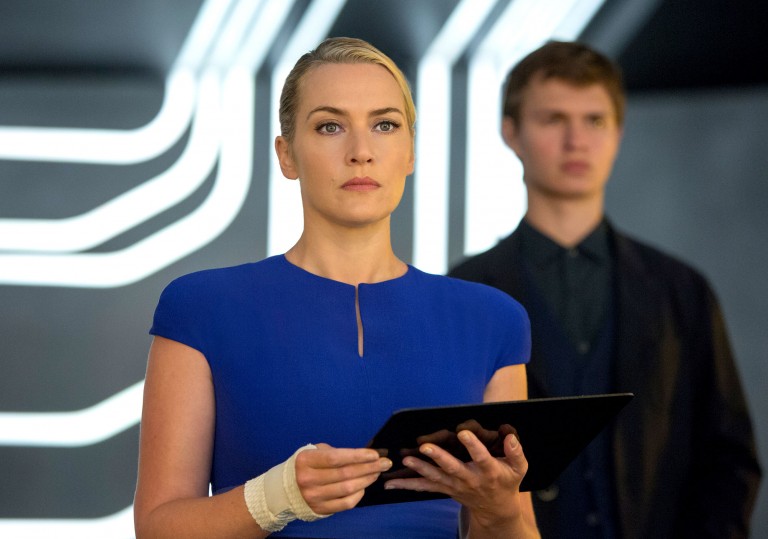 Which one was Divergent again?

Maybe you had to read the book?

The Hunger Games: Mockingjay — Part 2 is out 20 November.

The Divergent series has a lot of explaining to do. For the bulk of last year’s opening instalment, it did little else; establishing the nonsensical rules of its dystopian (what else?) social order through 139 patience-trolling minutes of inane exposition. Insurgent makes few concessions to those who missed the skinny on why a ring-fenced, post-apocalyptic Chicago came to be populated by only five people over 30, or how a society divided into tribes defined by a single personality trait might function.

Not that Divergent made any effort to persuasively demonstrate what it could just as easily tell us. So let’s just assume we’re all up to speed on the unnecessarily convoluted minutiae of the series’ set-up: the factions involve everyone having to pledge an allegiance by bleeding in a bowl; square peg protagonist Tris (Shailene Woodley) obtains Divergent status by not fitting into the round holes of preordained archetype; her non-conformity poses a threat to villain Kate Winslet’s hold on social order; and so she absconds with Theo James’ wooden love-interest, Four (named, presumably, after the number of legs on a table).

The sequel kicks off with our Divergent (div, abbr.) heroine taking refuge with the Octavia Spencer-run Amity clan; all horses, ploughs and pastel-hued cheesecloth — think Amish Spring collection by GAP — the enemy militia hot on her trail. Quite why Tris’ outsider credentials are so worrisome for the authorities is barely established beyond some waffle from Winslet about the dangers inherent in ‘human nature’, but the discovery of a mystical box only a div can open proves MacGuffin enough for events to leapfrog such narrative killjoys as logic, and make a half-hearted break for the finish line.

It’s a long road to the final set-pieces, where we belatedly begin to discern a pulse. With Winslet busy testing lesser divs to find out what’s inside the box that bears a striking resemblance to Hellraiser’s Lament Configuration — it only takes a glimpse of Miles Teller to wish a Cenobite would just turn up and do its thing — Tris hotfoots it between factions for a natter. It seems everyone has a shitload of exposition they need to get off their chests, not least Naomi Watts’ factionless, charity-shop Sarah Connor, Evelyn (“I’m factionless because I’m between factions.”).

It’s on a detour via Candor clan basecamp, injected with a truth serum and interrogated by Jin from Lost, that Tris gets her big scene. Shailene Woodley has proved herself a fine actress in her work outside this series (White Bird in a Blizzard, currently in cinemas, makes far better use of her talents), but she struggles to convince here; whether over-playing her emotional meltdown or silently beat-counting the pat-a-cake-inspired fisticuffs.

Then, who could blame her for failing to fully engage with such dire material? It’s not a stretch to suggest her director has as much to answer for. Taking over from Divergent-helmer, Neil Burger is the man responsible for 2013’s acronymous abomination, RIPD. Robert Schwentke is hardly what you’d term an actor’s director, but then he’s not much of an action director either. If he finds a few fleetingly inspired visual motifs in the film’s CG-ridden, video-game finale, his sense of both space and pace remains terminally lacking.

Ultimately, the best way to while away Insurgent’s hours is to mentally checklist the myriad betters it rips off scene by scene (including a hilarious final shot of poor Winslet). One can hope that the action beats step up a gear for the final instalment, but with the next novel (Emergent? Detergent? Ze Germans?) split into two parts and with Schwentke back for seconds, prospects don’t look too good.

Which one was Divergent again?

Maybe you had to read the book?

The Hunger Games: Mockingjay — Part 2 is out 20 November. 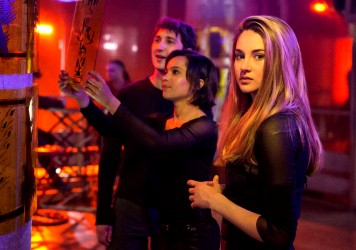 An exceptional teen girl rises up from the slurry of humanity and goes on to mount a revolution against… you know the drill.