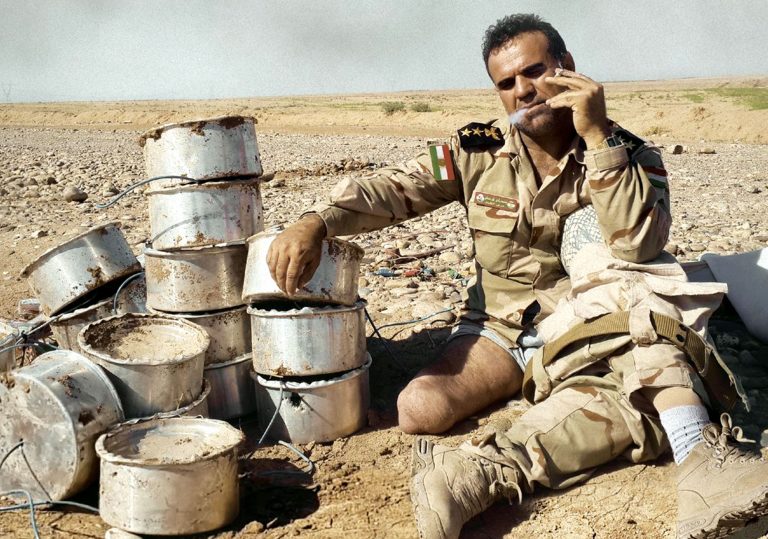 Another home movie doc about life at war.

Heartfelt and shocking. Filled with enough anticipation to give a heart palpitations.

Not all heroes wear spandex and can fly. Some just have a pocket knife and nerves of steel.

Remembering the life and death of a man obsessed with deactivating live landmines in Iraq.

A camera shows us a devastated war-torn landscape, the husks of half-burnt cars and fires lining the roadside. It’s difficult to discern the rubble from the actual buildings. In the midst of it all, using only a pocket knife and a pair of small gardening shears, Colonel Fakhir disarms thousands of bombs hidden in cars, roads and family homes.

The Deminer is a shocking and heartfelt documentary that follows the life and death of this legendary maverick during the aftermath of Saddam Hussein and Daesh’s occupation of Mosul, Iraq. Directed by Hogir Hirori and Shinwar Kamal, the film offers a vivid portrait of the many tribulations of life during wartime.

The documentary comprises mostly of home videos that Fakhir’s son has kept over the years, and we watch as he revisits them in remembrance of his fallen father. Despite the bouts of carefree laughter amongst comrades in some of the more informal footage, there is a persistent sense of dread, especially when he’s working. Even with the disconnect of time, there’s still an intense feeling of unease and anxiety. The frequent loud bangs have the power to make you jump.

Fakir earned the nickname “Crazy Fakhir” from American troops stationed in the area down to his acts of heroism and the fact that he so often put himself in harm’s way. Even a leg amputation due to an explosion caused by terrorist was not enough to stop him. As the film continues, you learn why this man risks his life, continuously going above and beyond the call of duty: “If I fail, only I die, but if I succeed, I can save hundreds of people.”

Even with all his heroism and selflessness, Fakhir’s family struggle to pay bills and are heavily burdened with worry. He never appears quite content or truly happy when he’s with his family, and returns to the army voluntarily to complete his unofficial mission. For this he is selfish in his selflessness; his need to have a purpose and fight for everyone clashes with a desire to risk his life for innocents.

The documentary is edited to enhance the natural drama. The story of Colonel Fakhir is one that had to be told through film, as you really have to see what he’s doing to get a true idea of his efforts. Only then can the full extent of the danger facing those who lived during Mosul’s occupation be truly understood.

Another home movie doc about life at war.

Heartfelt and shocking. Filled with enough anticipation to give a heart palpitations.

Not all heroes wear spandex and can fly. Some just have a pocket knife and nerves of steel. 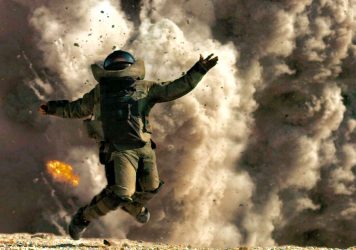