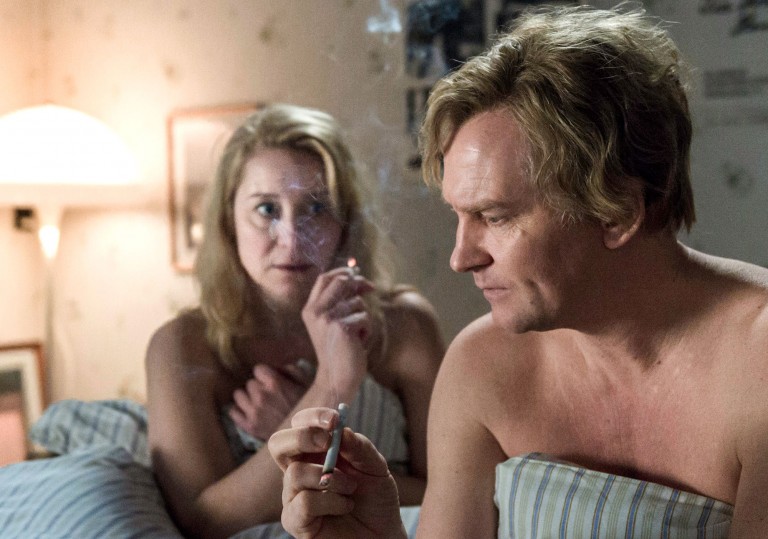 The filmmaking and the writing is competent, but never really more than that.

The wait continues for Thomas Vinterberg to prove that Festen wasn’t a fluke.

You might chalk up Thomas Vinterberg as one of modern cinema’s most consistently underachieving directors. He still is and, at this rate, will forever be known as the maker of 1998’s Festen, perhaps the glass jewel in the plastic crown of the Dogme 95 movement. With his latest, The Commune, he delivers another almost-but-not-quite effort, moving back to Denmark after one of his occasional forays into the English language with an underpowered, coffee-table take on Thomas Hardy’s ‘Far From the Madding Crowd’.

It sees an affluent couple, Ulrich Thomsen’s Erik and Trine Dyrholm’s Anna, decided to start a commune in the grand old house inherited by the former’s father as a way to inject some fun back into their stalling relationship. Their daughter Freja (Martha Sofie Wallstrøm Hansen) seems content if hardly overjoyed with this mid-life social experiment, more worried by the fact that her parents marriage is in dire need of such a boost.

The first half of the film charts the creation of this homespun form of democracy as a diverse array of housemates are vetted and then allowed through the door. The frothy tone comes as expected, as the plot latches on to the petty squabbles and minor rifts that come from communal life. The liberal living arrangement instills a newfound sense of adventure in the co-habitees, not least the usually uptight Erik who falls in love with one of his architecture students (Helene Reingaard Neumann’s Emma). He mocks her fondness for the ultra-functional building style of Le Corbusier, and they share a stolen kiss in his office. Slowly, the film stops from being about the commune itself, and moves on to questioning how this kind of alternative living arrangement can effect attitudes to relationships and traditional notions of family.

Yet, the light and fluffy The Commune of the first half is far more palatable than the dark and introspective The Commune that arrives in the film’s shouty second half. Credit where credit’s due to writers Tobias Lindholm and Vinterberg – they do really capture the shrill, irritating and laborious experience of living with a lot of other people, but that is unfortunately to the detriment of film itself. The supporting cast don’t ever evolve beyond single-trait ciphers, and the relentless, dewy-eyed bittersweetness of the whole thing ends up testing the patience. Plus, there already exists a far, far superior version of this story in Lukas Moodysson’s Together from 2000. You’d do well to seek that out instead.

The filmmaking and the writing is competent, but never really more than that.

The wait continues for Thomas Vinterberg to prove that Festen wasn’t a fluke.