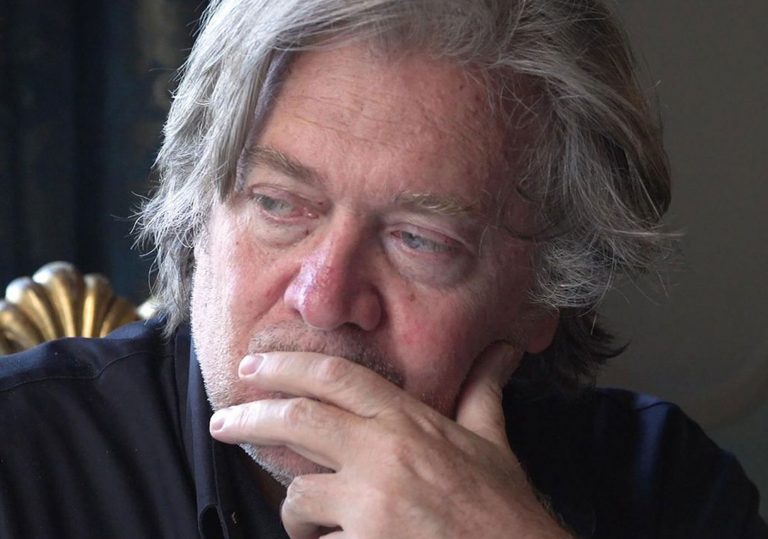 Eww, 90 minutes in the company of pure evil.

There’s a base level of charisma that carries it through, but still pure evil.

Interesting to see the company he keeps, but hardly revelatory.

If there’s one thing Alison Klayman’s The Brink makes crystal clear, it’s that stocky, silver-tongued puppetmaster Stephen K Bannon loves being the subject of Alison Klayman’s The Brink. For him, it’s just another implement within his arsenal of villainy to get one over on those dastardly libs. Her watchful camera offers an omnipresent outlet for his political provocations, and for him to self-project as this louche, log cabin intellectual who shot-guns Red Bull and performatively peppers his conversations with all manner of expletives.

As this documentary reveals, his life since resigning as a special councillor for President Trump – whose electoral victory he claims to have single-handedly engineered – is a string of meetings and calls with tinpot fascists and far right rabble-rousers. The US election has augmented his political stock considerably, and so the rats have come crawling from the woodwork to soak up his egregious brand of populist rhetoric which ultimately amounts to: lie, lie and then lie some more.

What Klayman’s film shows is that Bannon is a man who has built his brand on shaky intellectual foundations, and he sure as hell knows it. If he is able to make statements that are bereft of basic logic – and boy does he do it a lot in this film – then he knows he will court the ire of some red-faced liberal who will not be able to help themselves from correcting him. And he knows that that the ‘I’m correct and here’s why’ look is actually a bit less preferable in the current climate to the ‘I’m a Nazi and I don’t care’ look, and he really runs with it.

We follow him as he lumbers around in the same weird jacket (which genuinely looks like it has been fished out of a skip), looking out of place in state rooms, luxury hotels and private jets, barking into his smart phone. He’s filmed conducting various newspaper interviews, often maintaining a cool head when his interlocutor is close to screaming in his face. He never appears to get angry with political adversaries, only the acolytes whom bullies and abuses on a regular basis. He never defends his position with passion, just verbal gymnastics that confuse more than clarify – probably a holdover from his days as a broker for Goldman Sachs.

It’s not a film that’s going to change minds, and it has been produced to be consumed by Bannon’s enemies rather than his friends. It doesn’t lean too hard on the dumbness of Trump voters and how their dangerous susceptibility to hyperbole can so easily be weaponised for political gain. He stands by his project for a global populist movement, and talks a good enough game to be able to secure 100s of millions of dollars in seed capital. He doesn’t come across as a fascist per se, more a man who will believe anything that will advance to the next seat of power.

Eww, 90 minutes in the company of pure evil.

There’s a base level of charisma that carries it through, but still pure evil.

Interesting to see the company he keeps, but hardly revelatory. 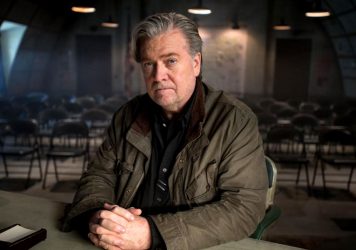