The Ballad of Shirley Collins 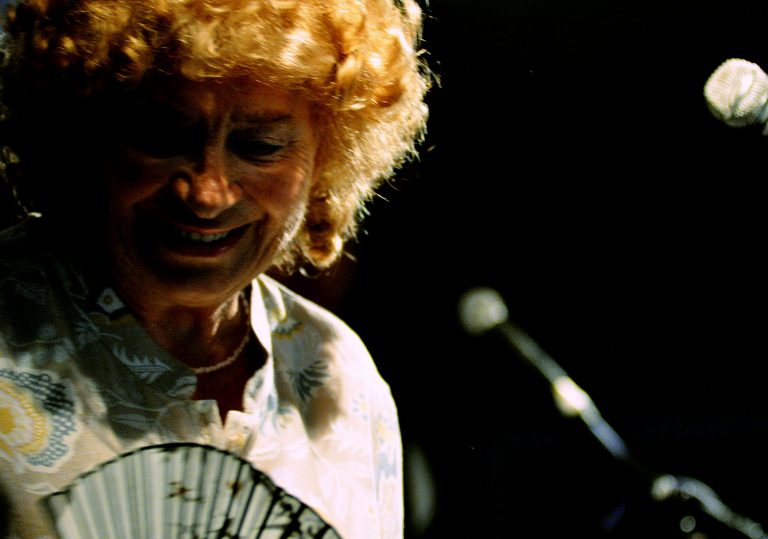 An intriguing proposition for fans of folk music, but a tougher sell for those less inclined.

Stylistic missteps aside, a bittersweet portrait of the singer, landscape and tradition.

Radiates with the afterglow of Collins’ earthy star power.

An affecting and uncomplicated portrait of a living icon of the British folk music scene.

You could be forgiven for not knowing the music and story of Shirley Collins, the illustrious folk singer who made a remarkable comeback last year with her album, Lodestar. During the 1960s and ’70s, Collins – often playing with her sister, Dolly – played a crucial part in the British folk revival, helping resuscitate the ailing tradition alongside greater known acts such as Fairport Convention, Martin Carthy and Pentangle.

Across her records, Collins dug deep into the folk archives, wedding her firm but gossamer-light voice to starkly beautiful arrangements. But at the tail-end of the ’70s Collins tragically lost her voice, prompting a withdrawal from the public limelight. She wouldn’t return to centre stage until the release of the 2016’s ‘Lodestar’, and now, with Tim Plester and Rob Curry’s generous documentary, The Ballad of Shirley Collins.

Directors, Plester and Curry, have been here before with their 2010 film, Way of the Morris, an intriguing portrait of the Adderbury Morris Men, bogged down by an overbearing voiceover and superfluous stylistic choices. The Ballad of Shirley Collins doesn’t entirely eliminate the pair’s tendency towards modest, filmic excess. Utilising 16mm-shot reconstructions for Collins’ early life, the post-production effects attempt to conjure the flickering imperfections of found footage but they are too clinical, too perfectly poised to fully convince. At worst, they distract, as does the voiceover that pertains to read diary extracts of a younger Collins.

Move past these contrivances and a buoyant, affecting work presents itself. Taking cues from the work of Collins herself, shots linger on unassuming, quotidian details – the rough brickwork of her house and the birthday cards scattered amongst it. Aching shots of the Sussex countryside appear with frequency, its gentle, patchwork appearance masking the decades of abuse its labourers were subjected to.

Towards the film’s start, Collins explores the working class roots of her family and the politically committed she associated with during the ’60s. Even at 80 her voice is as resolute as that of a steely, firebrand many years her younger. In a less defiant mood, Collins reflects on a particularly difficult event in her life with the simple words, “I should have got angry but I didn’t – I got heartbroken.”

The film’s most effective moments come when the camera does nothing more than quietly track the facial expressions of Collins, framed by her unfurling curls and youthful freckles. There is an uncertainty and nervousness to her demeanour as she begins the recording process of ‘Lodestar’ but, by the end, a quiet sense of achievement. Collins reclines back in her sofa, eyes closed and with a gentle smile breaking out.

The Ballad of Shirley Collins could easily have slipped into a snoozy affair, the kind of docu-portrait that’s curious enough but leaden and lacking in sparkle. Yet with its focus firmly on Collins’ joyful rediscovery of her own voice, Curry and Plester have crafted a space for the singer’s star quality to shine. Exuding a keen sympathy for local tradition and place, it is something to be cherished.

An intriguing proposition for fans of folk music, but a tougher sell for those less inclined.

Stylistic missteps aside, a bittersweet portrait of the singer, landscape and tradition.

Radiates with the afterglow of Collins’ earthy star power.