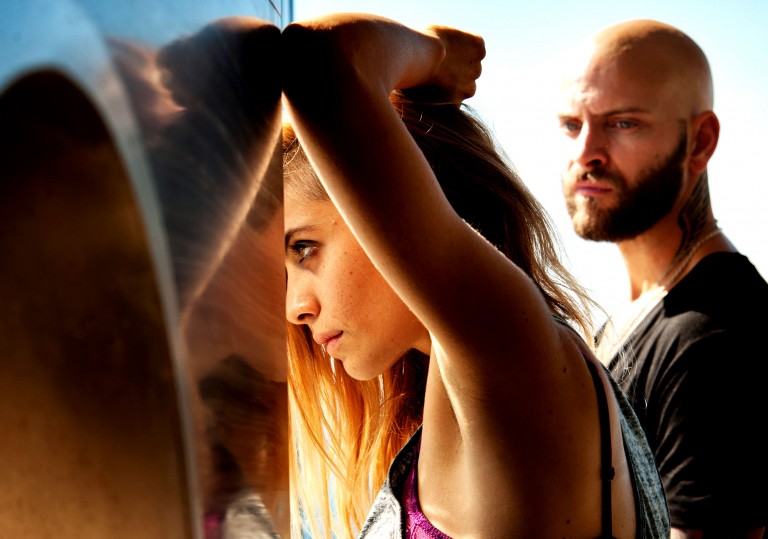 TV’s Gomorrah heads to the big screen. Sort of...

It’s all strung together with an admirable professionalism.

Reheated gangster shenanigans in which we see lots of awful people being awful, Stefano Sollima’s Suburra strains very hard to offer a new twist on material that’s as old as mama’s ragu recipe. He mainly does this by throwing on the dreamy M83 track ‘Outro’ during the film’s quiet, reflective moments as a way to impose a sense of dreamy bombast. It’s an example of crass designer pessimism, where everything that can go wrong does so, and everything is shown as being relative to a forthcoming “apocalypse”.

Props to Sollima for being able to juggle so many characters (plot-wise this is just the tip of the iceberg), but it does mean that stereotypes are leaned on heavily and often. There’s the tart with a heart, the weedy businessman, the psychotic hood, plus the Gypsy family who are worryingly painted as corpulent, tasteless and violent fools. At the centre of it all is Claudio Amendola’s ageing mobster known as Samurai, whose old guard status affords him a grudging respect from his trigger-happy peers.

And yet, the film has no real centre, shifting back and forth between disparate plot strands and offers the viewer no-one who we really wouldn’t like to see whacked out at the nearest convenience. The director earned his spurs in television, spinning off Matteo Garrone’s Cannes-lauded Gomorrah for the small screen, and if you didn’t know that fact, you could’ve probably detected it from watching Suburra – it’s all surface sheen and precious little depth.

TV’s Gomorrah heads to the big screen. Sort of...

It’s all strung together with an admirable professionalism.