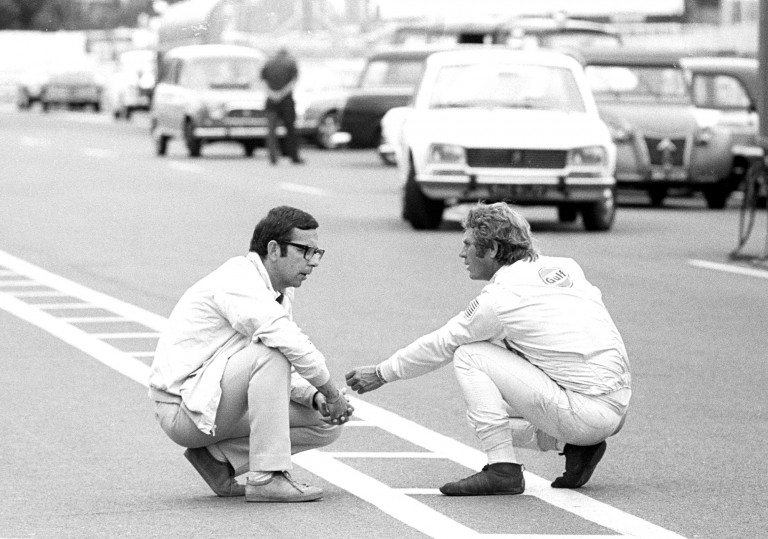 Steve McQueen: The Man & Le Mans serves two purposes: it’s a love letter to a man the director clearly admires, and it is an examination of a failed vision, of an auteur who couldn’t get on the same page with the studios, and whose failure, like that of all ‘great men’, was noble. It’s a tricky balancing act, and the film fails to strike an even tone throughout.

By this point, McQueen is a myth; shorthand for a type of masculinity that, depending on your gender politics, is either sadly lost or thankfully left behind. The film definitely belongs to the former camp, and McQueen is our hero in the beginning and he remains so to the end. However, it is not simply a nostalgic romp: his first wife plays a sizeable role in the documentary, and the examination of his more dangerous actions problematises his persona. The movie eschews hagiography, but wants us to perceive him as worthy of our admiration, spending too much time trying to achieve this.

The other, more successful side of the documentary explores McQueen as auteur. He wanted to make a racing movie he could be proud of, a realistic film about the Le Mans experience. McQueen’s persona has always suggested hidden depths, and the film successfully explores what can happen when a man pursues his dream relentlessly, with everything else a distant second. The fallout and unintended consequences drive the narrative and offer a glimpse of what it’s like to be drawn into the vortex of movie star charisma.

Ironically, the documentary really works when it focuses on the driving and not the man. “It’s a work of art,” muses one of the drivers, when discussing racetrack driving. He compares it to ballet, and when the film is on the racing track, camera swerving with each bend, asphalt glistening, it does become that. In those moments you can see McQueen’s vision, why he wanted to capture it the way he did. They hint at the great movie that could have been – in both cases.