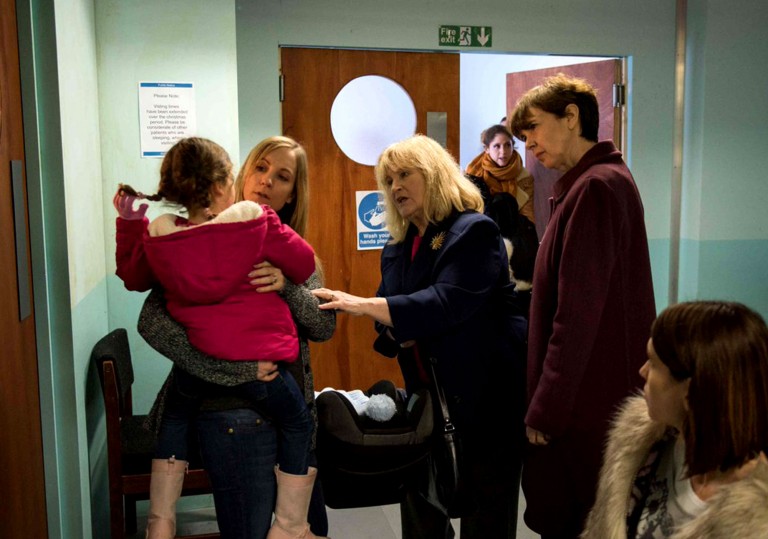 A brutally honest family drama that boasts a pair of great lead performances.

The trauma of a loved one falling foul of illness is captured in this moving Brit indie.

Based on a true story, Bill Clark’s Starfish sees Tom (Tom Riley) and his wife Nicola (Joanne Frogatt) living their dream. They have a lovely daughter, a beautiful house and a baby on the way. Then Tom falls ill and their lives are flipped upside down. Suffering from Sepsis, Tom has to have his legs and arms amputated and part of his face reconstructed to help prevent the disease from spreading.

It’s a heartbreaking story due mainly to it’s realistic and powerful lead performances. Frogatt (Downtown Abbey, Filth) pours her heart into the role, refining the emotional struggle Nicola went through during this ordeal. The plot comes from Nicola’s perspective as she witnessed poor Tom lying in his hospital bed. We spend time with her as she tries to raise her child while being heavily pregnant, with bills to pay the ramifications of Tom’s illness to deal with. It’s devastating how much she goes through, but it’s an honest portrayal of family life and the sacrifices we make for loved ones.

As Tom, Riley is required to give a more physical performance that focuses more on his damaged body. We see the limp he has developed as he gets used to his new prosthetic legs and how he comes to terms with distorted speech (a result of surgery). Initially he is an upbeat family man, but becomes understandably angry and depressed upon his return from the hospital. It makes for tough viewing, especially Tom’s struggles to complete everyday tasks such as shopping or taking his daughter to day care.

Flashbacks to Tom’s past are flecked throughout the film, and they mainly focusing on his parents. This helps emphasise how important being a good father and husband is to Tom and how he feels like he can’t do that anymore within the shackles of his illness. This motif works really well, popping up unexpectedly to show what is happening inside Tom’s head. It shows how each moment affects him deeply.

The film opts for low key lighting and a muted colour palette that helps add to the realism. Tom’s flashbacks are also told with a sepia style filter to them. This does give the film a television drama vibe as opposed to something made for a cinema screen but, this is an indie drama focusing on a personal story so it perhaps doesn’t need the feel of a big scale production.

A brutally honest family drama that boasts a pair of great lead performances.